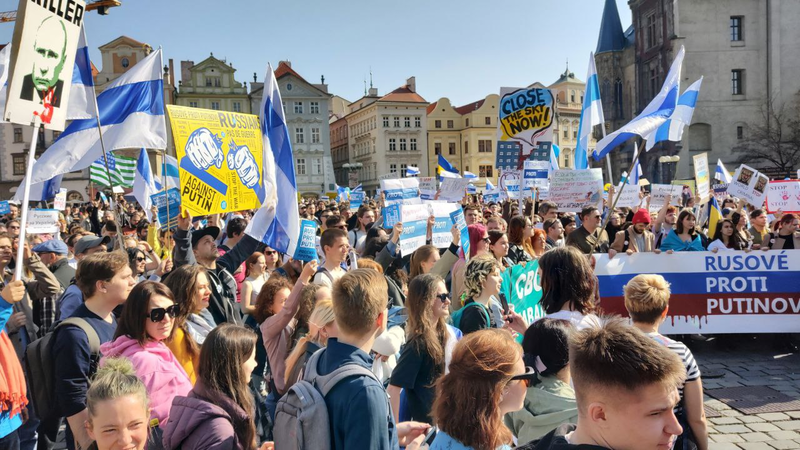 From Putin Back to Lenin, and Then Further Back: How Russia Keeps Revisiting the Same Problems, and Why a Different Kind of Realism is Needed

The problems countries face are often passed on unresolved from one generation to another. Over centuries Russia’s rulers have faced a recurring challenge: how to hold together a multi-ethnic state located across a vast expanse without natural borders. In this context, establishing a stable system of government has proved incredibly hard:  Russia’s imperial ambitions have often conflicted with the needs of nation-building.

The problem of Russia’s relationship with Ukraine was evident exactly one hundred years ago, in 1922. Following their victory in the Civil War, Soviet leaders wrestled with the challenge of how to structure the new Soviet state. Lenin and Stalin had different ideas on this. Lenin wanted a federal state, in which countries like Russia and Ukraine were parts of a larger Soviet entity, while Stalin pushed for a Russia-dominated framework. Lenin won the argument, although the federalism that resulted was tempered by the fact that Soviet system was a one-party communist state. Immediately after 1922, there was a window of ethnic liberalism, but under Stalin there was a renewed emphasis on the primacy of Russia. In spite of this, Lenin’s structure remained in place, and it played a key role in destabilising the USSR; when the Soviet Union collapsed, it disintegrated into its separate parts, leading to the emergence of an independent Ukraine.

Just prior to the Russian invasion of Ukraine on 24 February this year, at the televised meeting of the Russian Security Council on 21 February, Putin blamed Lenin and the Bolsheviks for creating Ukraine as it currently exists. The structure Lenin instituted was one of the targets of his comments. Lenin got it wrong, in Putin’s view, and he is trying to change that. The invasion of Ukraine, which began in 2014, can be seen as part of an attempt to reverse the collapse of the Soviet Union, or at least to keep the country within Russia’s sphere of influence. There is a Russian imperial dimension to this. It is well-known that Putin and his supporters have been influenced by thinkers in the Russian emigration (like Ivan Il’in and Peter Struve) who while being fiercely anti-communist were supporters of greater Russian nationalism.

But if Putin is sceptical about Lenin’s nationality policy, he is much closer to Lenin in other ways. Also a hundred years ago, in autumn 1922, Lenin arranged for the exile to the West of many leading figures in the Russian intelligentsia; they were shipped out of the country on what has come to be known as the ‘philosophy steamer’. Lenin, and Stalin following him, wanted an intelligentsia that worked in tandem with the state. We can see history repeating itself now under Putin with many Russian thinkers and artists moving to the West in recent years, and the recurring attempts to close down freedom of expression inside Russia.

There are other ways in which Lenin’s methods are visible in Putin’s way of working. Under Lenin, the use of violence as a form of propaganda, and the mobilisation of social grievances as a mechanism for consolidating power, were honed to a fine art. ‘Hostage-taking’—pressurising people into conformity through threats to their families or communities—was standard practice. Such methods were developed further by Stalin, and later applied in a subtler form under KGB chief Yuri Andropov. For Putin—an admirer of Andropov—such methods have become habitual; and he is ready to deploy them on a national and international scale. Talk of being ready to use nuclear weapons reflects that. Here, then, is a realist tradition running directly from Lenin to Putin, a current of realism we could call ‘brutalist’ in character. This does not mean that that the tsarist system did not also use brutal methods, nor indeed that the West does not have its own history of violence—far from it.

Putin is thus revisiting a problem that existed a hundred years ago. But his view of history is selective. For one thing, Ukraine is not just a Bolshevik invention. It is also quite different in outlook now from the way it was in 1922, or indeed in 1991. If it is diverse in its make-up, it is not more so than many modern states. Putin would have us believe that it is an artificial construct because it contains so many disparate elements. If that is the case, Russia has the same problem. After the defeat of the Mongols in the fifteenth century, Russia expanded rapidly from its centre in Muscovy to form the huge and very diverse country it is today. By the end of the nineteenth century, this diversity had become an increasing challenge. After the assassination of Alexander II in 1881, Alexander III—son of the deceased tsar—instituted a programme of Russification in Ukraine, Poland and the Baltic states. He had concluded that the only way of gluing together this diverse mix was through repression and Russian nationalism.

The big question remains: Can Russia live peacefully with its European neighbours whilst organising itself in such a way as to maximise its potential and make a positive contribution to the world? Right now, the answer to this question seems to be ‘no’. We must hope this will change—and it is vital that we do not dismiss this as a possibility. Russia is not going to go away. It would be a huge loss if this country which has such a rich culture (in the form of literature, music, spirituality, science, etc.), and which (along with other nationalities) helped to save us from Napoleon and Hitler, cannot find its way back into the family of nations and speak with a more universal voice. Russia has never been an easy country to govern, and that is not going to change. But if the country is to experience a deeper national renewal, problem-solving of a very different type is needed, not the brutalist realism that we see now. Russia does have resources in its history for creating a more moderate politics and a culture of non-violence. What a more democratic system of government would look like in practice is not clear—that is something the Russians themselves must decide.

Philip Boobbyer is Reader in History and a member of the Centre for the History of War, Media and Society at the University of Kent. His latest book is The Life and World of Francis Rodd, Lord Rennell (1895-1978).

Image Credit: Protest of Russians in the Czech Republic Against the War in Ukraine by Alex Volter/Wikimedia, License: CC BY-SA 4.0

Published in Current Affairs, Fake News and Truth and Russia