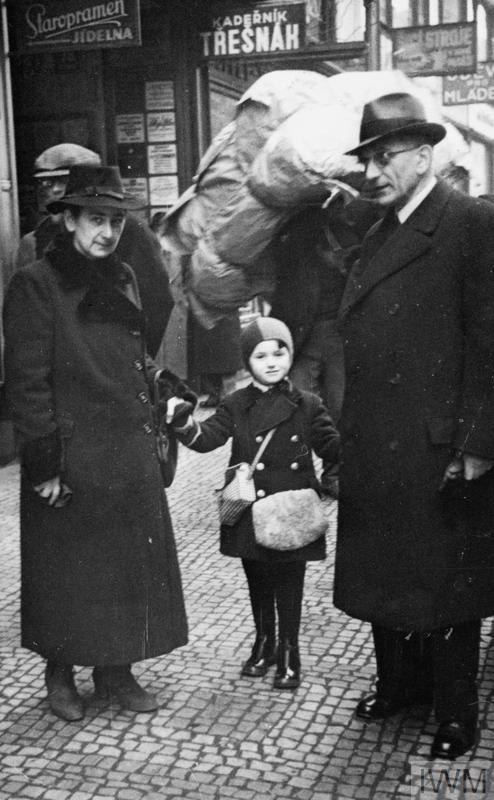 The introduction tackles head-on the relationship between the ‘Blitz spirit’ and how the Holocaust was interpreted and sometimes subjugated in favour of an unproductive ‘well we suffered too’ narrative. Therefore, important contexts are emphasised that can sometimes be obfuscated in broader Holocaust Studies literature, which can lean towards a ‘cult of gratitude’ to Britain as a place of refuge for refugees from Nazism and later Holocaust survivors.

The book is divided into a mix of structures, both thematic and chronological. For instance, the book begins with political contexts and refugees in Britain in the 1930s before moving through the war and the Holocaust, post-war trials, public appetite for the Holocaust, its representation and institutional memory, and ending with Brexit and the idea of Britishness. It is a continual loop that both begins and ends in the present day, highlighting how the Holocaust remains a highly relevant construction in British wartime memory and post-war society.

Some may wonder why such a direct line is drawn between past and present for a volume on ‘Britain and the Holocaust’ and how other topics such as Brexit rear their heads in a volume that aims to situate the Holocaust in a British context. The book is forthright in its assessment on this link by the editors that ‘we are also concerned that the Holocaust story we are telling ourselves and our children is not as complex as it might be and especially that it does not always reflect as critically as it might do on Britain’s own national past’ (p.1).

The prime example of the complexities of the Holocaust in Britain today, and how it is commemorated and remembered, is the Victoria Tower Gardens Holocaust Memorial project. The editors, and some of the contributors, make valid criticisms about how the broader rhetoric surrounding the project diverts from modern scholarship on the Holocaust, relying on a uniqueness module that many academics would perceive as somewhat out of date. Rightly, the editors emphasise the confusion between Britain’s promise to remember the Holocaust, its presentation of a heroic past, and increasing racism, anti-Semitism and xenophobia in Britain today.

The designation of this book as a ‘handbook’ places expectations of this project being a seminal work in the field, and it does indeed fit this bill with a coherent and logical structure. The book is well-suited to its assertion of being the handbook as a crucial introduction to a field that is continually in flux and subject to the politics and policies of the present. It is indeed a welcome and necessary addition to academic study of the Holocaust in Britain, despite its price tag.

Overall, this book is a useful compilation of what Britain and the Holocaust actually means as a field of study, but also that it is not without its exceptions, vagueness and omissions that must be confronted head on regardless of any resultant awkwardness. In sum, this book reminds us that history cannot be divorced from the politics, policies and problems of the present, and this book showcases how history can be harnessed to serve the needs of the present in alarming and extensive ways that may not have been widely considered in the literature.

The Palgrave Handbook of Britain and the Holocaust, edited by Tom Lawson and Andy Pearce (Basingstoke: Palgrave, 2020; 510pp.; £109.99 hardback)

Ellis Spicer is a researcher who was awarded her PhD from the School of History at the University of Kent in June 2021. Her thesis examined Holocaust survivor communities in post-war Britain using an oral history methodology.