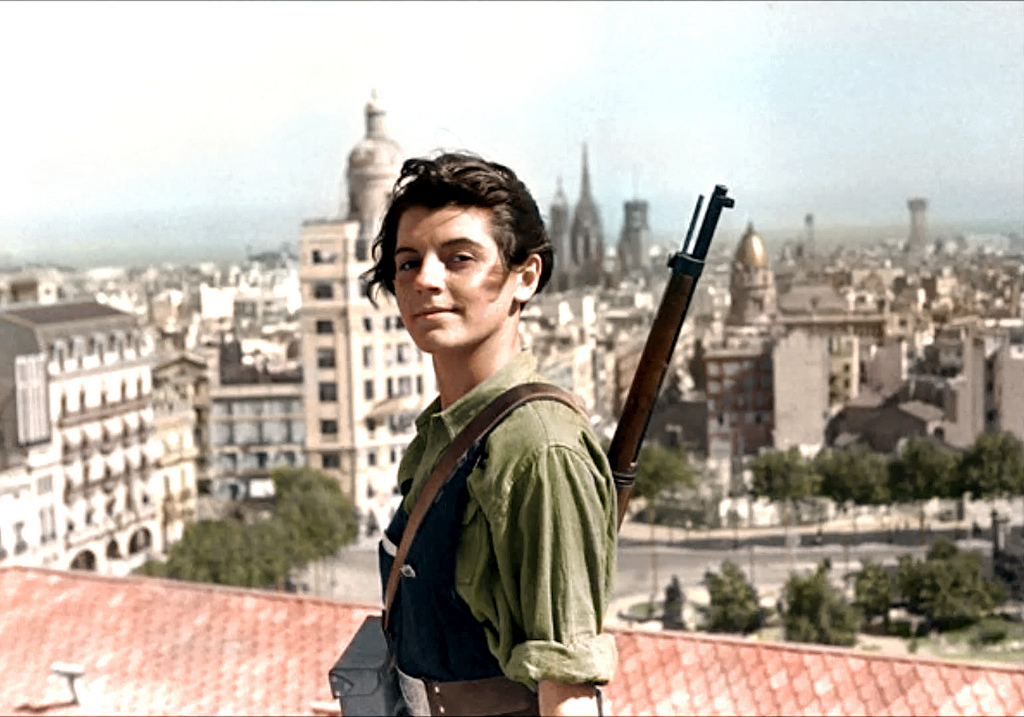 But for all the international plots and interventions, the Spanish Civil War remains a fundamentally Spanish war. Most Spanish and foreign protagonists in the 1930s believed in the tragedy of the ‘Two Spains’ – one progressive, the other reactionary – joined in mortal combat. Many eyewitnesses explained the brutality with reference to Spain’s numerous nineteenth-century civil wars, including the bloodiest of these, the First Carlist War of 1833-40. Surprisingly, before I started researching this topic, no academic historian had systematically compared the Spanish Civil War with the First Carlist War. Rather the trend in the historiography over the past thirty years has been to ‘Europeanise’ Spain’s tragedy, very much in the spirit of George Orwell’s judgement that the outcome of the Spanish war was ‘settled in London, Paris, Rome, Berlin – at any rate not in Spain’. Foreign intervention certainly did dictate the outcome of the Spanish Civil War. But foreign intervention also dictated the outcome of the First Carlist War, and yet no ‘hundred years comparative’ has been attempted.

Yet these two civil wars show remarkable similarities in terms of religion, regions, ideologies and even their international context. The heartlands of right-wing insurrection in 1936 were the same as those of 1833. The ideological conflict was similar, only the outcomes were different. The battlefronts and rearguard of both conflicts show similar tensions with regard to mobilisation, centralization and discontents. Both conflicts had origins in the collapse of Spanish imperialism at both extremes of Spain’s ‘short’ nineteenth century, and imperial veterans dictated the nature and outcome of both civil wars. In 1840 the leftist American veteran (ayacucho) and Carlist War hero, Baldomero Espartero, became the regent of Spain, and one hundred years later, the rightist (africanista) ‘crusader’, Francisco Franco, followed suit. Above all, the international diplomatic environment with regard to Spain showed similarities. Foreign intervention proved decisive in both conflicts, albeit with opposing results. Both wars were also fought out in the opinions and consciences of other societies, the 1830s ushering in a ‘First Great Cause’ of international volunteering for Spain’s fight in the form of some 22,000 British, French and Portuguese auxiliaries fighting for the Liberal side (and much fewer, mainly from central Europe, fighting for the Carlist side). Relative to Spain’s increased population, the famous International Brigades comprised a similar proportion of the Spanish government’s order of battle in the 1930s.

Thus, as I have recently argued, we must attempt to renovate the ‘Two Spains’ paradigm. First, we should reaffirm the Spanish origins and course of the 1936-39 war by recognising unremarked similarities with a century earlier. Second, we must reshape the question of international intervention by placing the Spanish Civil War not in the unhelpfully teleological context of the Second World War, but in the context of similar European polarisation concerning Spain’s trauma one hundred years earlier

Mark Lawrence is Lecturer in Modern European History at the University of Kent. Image credit: CC by Jared Enos/Flickr.