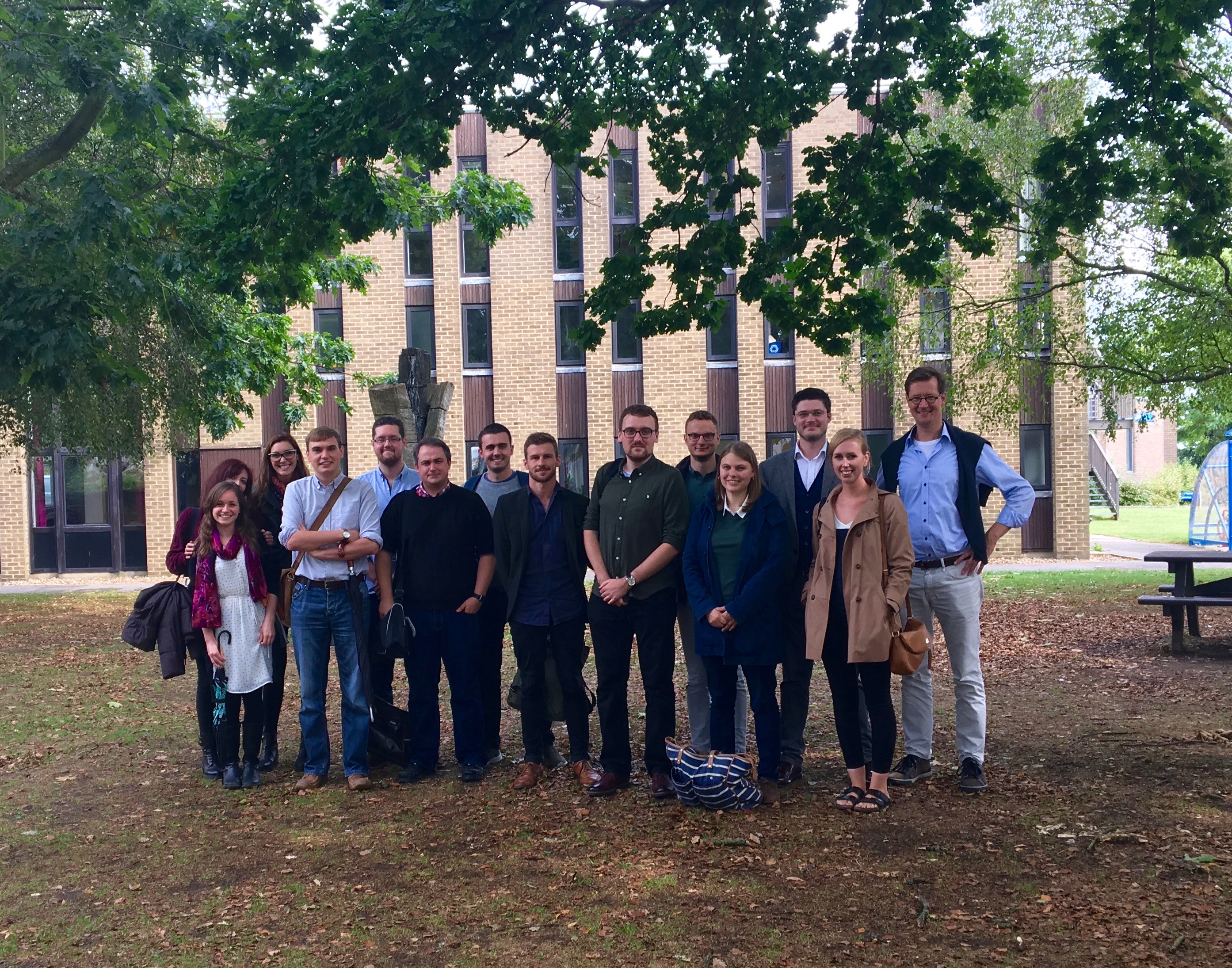 Centre for the Study of War, Propaganda and Society – New Research Event, 20 September 2016

On 20 September, in the week before the 2016-17 academic year proper began, the Centre for the Study of War, Propaganda and Society held an event to discuss new and ongoing research within the Centre and to welcome new members (primarily new first-year PhD students) to the community.

The event began with an introduction from Centre director, Dr Stefan Goebel, which outlined the direction which the Centre will be taking over the next year and some of the main events, including guest lectures and conferences, which will be running. He also highlighted some of the many benefits which the Centre can offer its affiliated students, such as subsidies to facilitate travel to London for the IHR’s ‘War, Culture and Society’ seminar series (of which Dr Goebel is a co-convenor). Following this introduction, the 20 or so assembled attendees heard informal papers from two established PhD students within the Centre – Charlie Hall, who works on the exploitation of science and technology in occupied Germany after the Second World War and who also provided some top tips about the History PhD experience at Kent, and Pip Gregory, who works on British cartoons in the First World War and who also gave an account of how much a research project can shift and change during its lifetime.

Next up was a prolonged coffee break, which allowed all in attendance to network and which facilitated a sharing of knowledge and ideas between the new intake and the ‘old hands’, so to speak. After that, there were three very interesting papers from new students who described their proposed projects and gave a fascinating insight into how they would proceed with their research in the coming year and beyond. These included Oli Parken, who will look at heterodox belief in England in the 1940s; Russell Moul, who will examine the involvement of British and French doctors in torture and oppression during colonial wars in Kenya and Algeria, respectively; and Ellie Matthews, who will study injured civilians in Britain during the Second World War. Not only did the proposed research from these new students sound impressive, they were also able to field a wide range of questions about their methodology and subject matter with great confidence.  The future of the Centre is certainly in safe hands!

The event rounded off with a lunch at Origins restaurant in Darwin College, which allowed a further opportunity for engaging discussion between all attendees, and we followed this with a photograph to document the Centre at the start of the new academic year. On the whole, this was a really promising event which showed the potential the Centre has to be a supportive community of research within the School of History at Kent, and which will allow for greater collaboration and collegiality between staff and students moving forward.