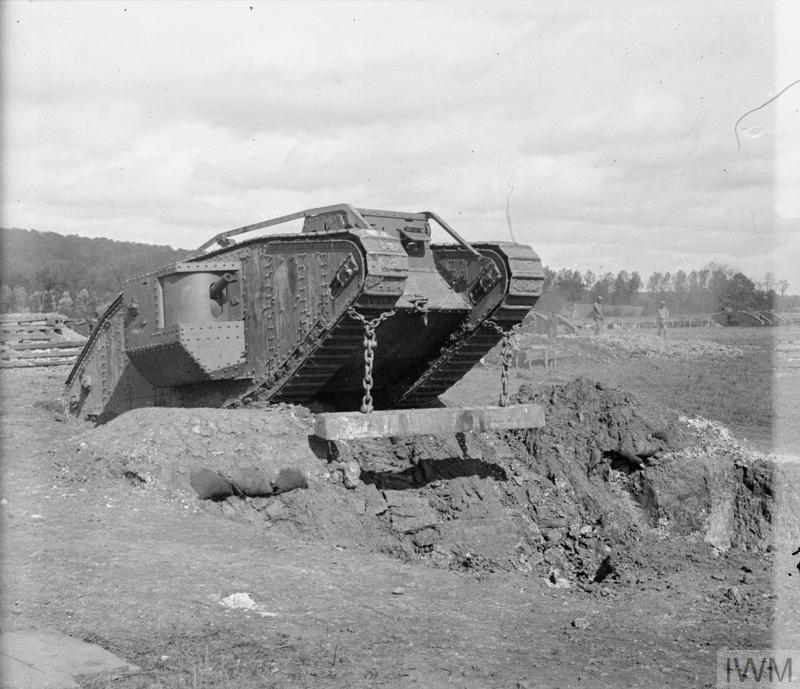 As Patrick Wright’s excellent cultural history of the tank has told us, the machine is so much more than a bit of military hardware. The tank is a symbol of military power, it is the ultima ratio regum of land warfare. Terrifying in its power, weight and force, the tank is the final argument of kings and seemingly the king of the battlefield. As Spike Milligan stated in one of his wonderful war memoirs, ‘“Tanks,” I said. The effect was electric. “Tanks?” he said sitting bolt upright. “How many?”‘ From the moment it was first used on the Somme in 1916, the tank’s power has influenced both the imagination and the physical battlefield. Tank the machine and tank the military ghost in the imaginative machine. Whether rumbling along the Champs Élysées in the Nazi victory parade of 1940 or boring Soviet leaders, the tank has exerted itself through its imagined potential and power. For the Israeli Defence Forces the tank is a highly revered object. Its name alone gives it mystical significance: Merkava, which is derived from the Hebrew word for ‘chariot’. Here the mighty clank of its engines and the metallic squeak of its revolving turret become the equivalent of the forces of the Old Testament, the war chariots of ancient Israel’s kings unleashed in battle, the chariot of fire that took away Elijah. Tanks are the dreams of prophets. For some they proclaim salvation and prosperity, for others doom and subjugation.

Yet for all their power and bulk, and largely because of it, tanks are also absurd. Clumsy and lumbering, they are machines with no subtlety whatsoever. They crash, smash, bash. If a situation demands delicacy, a tank is not the answer. Never was this shown more clearly than in June 1989 when Chinese protestors gathered in Tiananmen Square in Beijing. The Chinese government responded by ‘sending in the tanks’ and parked their ‘tanks on the lawn’, as the common clichés have it. Global television audiences then watched in amazement as a lone protestor, bristling with all the deterrent power of carrier bags, stood in front of a column of tanks. Desperately the tank commander tried to out-manoeuvre him with all the nimble agility of a machine some 55 tonnes in weight. In response to every move the tank made the protestor simply shuffled a few parallel steps. The tank was not the answer to a lone, unarmed protestor. Power had been projected and exerted, but the asymmetry of power was exposed in a startling manner. Tank versus civilian human body was confrontation in the form of near surrealist street theatre.

In the tragedy that is unfolding in front of us in Ukraine the tank is a major instrument and it is performing its traditional roles. It is a military machine and a dreadful symbol of power. At the same time, the almost ludicrous flaws of tanks as both symbols and battle instruments have been made fully apparent. Power and dominion can be exerted through these metal beasts, but they have all-too-easily uncovered Achilles’ Heels. Video coverage has shown these usually highly pampered machines, which demand attention from myriads of technicians, and which drink fuel at a rate that can barely be believed, deserted and helpless. So many of these hugely expensive pieces of military hardware are now seemingly useless and abandoned because their crews can’t get them to work due to a lack of fuel or maintenance, or don’t know where they are going, or perhaps because they don’t want to remain at their posts. The sight would be laughable if this was an exercise or training manoeuvre.  The fact that it is happening for real, while people are suffering and dying, underlines the travesty of believing that might is right.

Mark Connelly is head of the School of History and a specialist in the cultural and military history of modern warfare.

Published in Current Affairs and Diplomacy