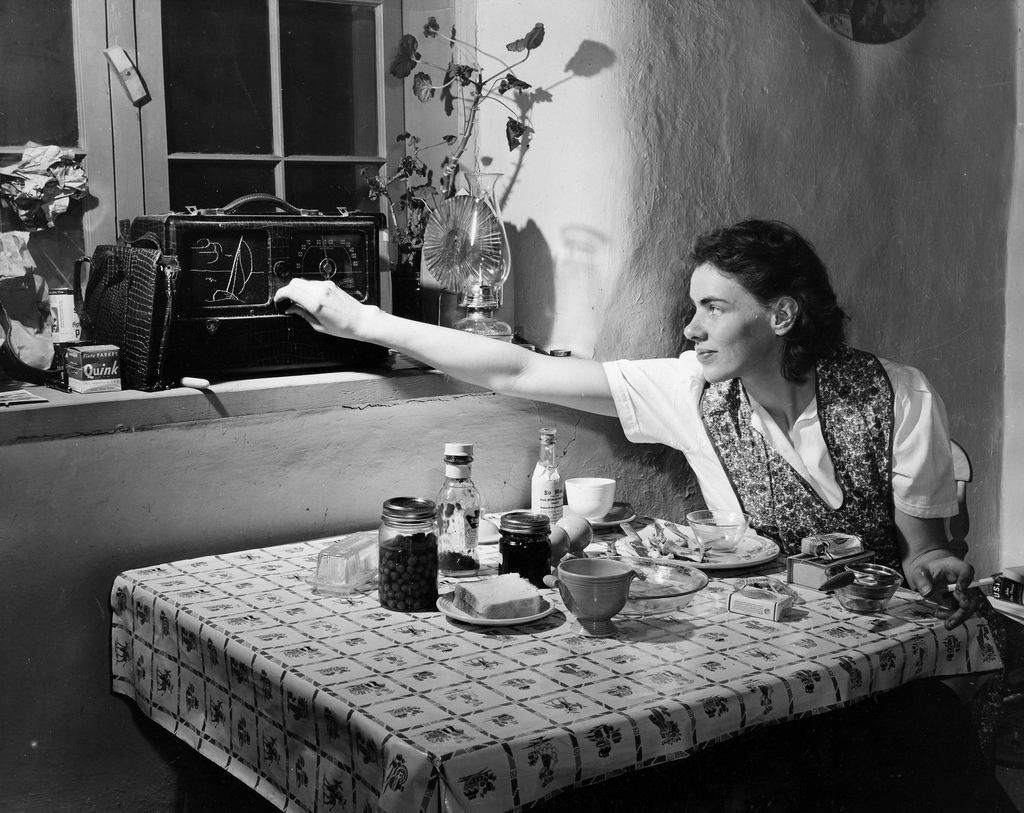 The study of propaganda is usually about the study of tangible objects and the message those objects are trying to convey to the intended audience. Films can be viewed, radio broadcasts can be listened to, and leaflets and newspapers can be read – multiple times if necessary – many years after they were originally deployed. Whilst the messages contained within the propaganda may take time to understand and interpret, there is usually no doubt that it is the tangible object itself that is being studied.

As the historian of the Special Operations Executive (SOE), William Mackenzie, stated, the difficulty is propaganda is a ‘writ in water’. What he meant was that the circumstances for which propaganda was intended to be deployed have usually changed by the time the historian considers the propaganda. Consequently, it is very difficult to determine how a piece of propaganda was received and whether it was effective in achieving its aims without a good understanding of the historical context.

Understanding the context is primarily about understanding the audience for the propaganda (the ‘propagandee’). For example, appreciating what else was on the propagandee’s mind and the pressures and messages they were receiving from elsewhere is important. Critical in this is determining whether they ‘received’ tangible propaganda in isolation, as escapist entertainment which they compartmentalised from day-to-day life, or as part of the inherent fabric of day-to-day life. It is also about understanding the context in which the person creating the propaganda (the ‘propagandist’) was working; what they were battling for and against, and the changing geopolitical, cultural and military power landscape they were influenced by, and looking to influence.

As a propaganda historian I understand that all of these questions are never easy to answer.  What I would like to assert, however, is that the volume of propaganda that was created and deployed is far greater than just that which has been left behind in tangible form for historians to study. I recognise that this makes propaganda more difficult still to study and understand, but to focus on tangible forms of propaganda can only tell part of the story. Intangible propaganda, I believe, has a large effect on audiences and cannot be ignored just because it is intangible. There are traces left behind, however, if you look carefully.

So what do I mean by intangible propaganda? The work of the British Council, the British Government’s cultural propaganda organisation, and its initiatives during the Second World War is a good example. The British Council worked in four neutral countries in Europe for the majority of the war period – Spain, Portugal, Sweden and Turkey. It was often heavily criticised by Lord Beaverbrook and others for spending valuable resources on cultural activities and diverting expenditure away from the military. The British Council did produce some tangible forms of propaganda (such as films and pamphlets) but there is actually very little in the way of tangible traces left by its work. One could assume, wrongly, that consequently it did very little, and had very little effective influence. To understand its work one has to rely on reports in the Council’s files (held at The National Archives in Kew), diaries and memoirs held elsewhere. Examining these records demonstrates that it was the intangible elements that gave the British Council its influence.

The British Council created an admiration for and understanding of British life and thought in these neutral countries, primarily amongst a relatively small group of influential and powerful elites, in a number of ways. Firstly, the British Council established offices and institutes that were active in these countries organising cultural events such as art exhibitions and music concerts. Some of these countries were really quite hostile to Britain, particularly when Germany was in the ascendancy militarily, and establishing a presence was an achievement in itself. Secondly, prominent figures from Britain were often the star attraction of such cultural events. Attending these events regularly put these figures at great personal risk. For example, the film star Leslie Howard was killed as the plane he was travelling in was shot down over the Bay of Biscay, returning from Portugal and Spain. Thirdly, the cultural events the Council organised, and more specifically the cultural aspects of them, should be seen as only one element of the Council’s work. The events had a convening function which enabled people to come together to talk, share gossip and make contacts – which was arguably more important than the actual cultural aspects of the events themselves.

No one knows now exactly what was said in those conversations, but there are enough traces in the archives to understand that these events created a network of personal contact that enabled more direct messaging to be deployed over time. Indeed, no one event was particularly important in itself; it was the incremental build up of sympathy for Britain that was important. For example, the Council was represented by Walter Starkie in Madrid throughout the war period: Starkie was Irish, not British; he was Catholic, thus meeting one of the conditions the Spanish government imposed on the Council’s activities; and importantly, he was an expert on Spanish literature and culture. All of this enabled him to build up a large network of contacts within Spain and to tap into the Spanish elites through his organisation of Spanish-style tertulias (social gatherings) over a number of years whilst the Second World War progressed. With most of the routes for the deployment of propaganda into Spain closed off through censorship and other restrictions, Starkie’s tertulias and other events were key in providing a channel for British news, thoughts and propaganda into the country.

With perhaps the exception of radio propaganda, deploying word-of-mouth propaganda through personal contact is the only way to really get directly to an audience without being censored in advance. Another example is the work of the future poet laureate John Betjeman, who was the Ministry of Information’s representative in Dublin during the Second World War. The work of the powerful Irish Censorship (the government of Eire’s wartime censorship organisation) meant that the only way he could effectively deploy any British ideas and points of view across the Irish Sea was through personal conversation. Fortunately for Britain, Betjeman was superb at making friends across the political spectrum in Eire and was very effective at avoiding the Censorship in this way.

Very few traces of word-of-mouth propaganda exist except by inference and circumstantial evidence. Just because it cannot be viewed, listened to, or read many years later, it cannot be ignored. My concern is that since it is intangible, it often gets overlooked.

I would ask historians to take a step back and ask themselves what they are most influenced by. Is it through film, television, newspapers, books and pamphlets? As I have argued in my book, A Battle for Neutral Europe, the evidence shows that most people admit, when asked, that they are most likely to be influenced by personal contact than any form of tangible media. Tangible media can play a large role in reinforcing and playing on existing points of view and providing more detailed information than is obtainable elsewhere. However, it is far more likely that opinions are created, shaped and changed by intangible personal contacts and conversations. I would suggest that this is because most people do not perceive conversations to be propaganda.

Perhaps the use of social media could be viewed as propaganda that sits in a grey area, both tangible and traceable, but also an effective digital substitute for personal conversation – and this phenomenon, still relatively new from a propaganda perspective, needs further study.

I believe that intangible propaganda plays a crucial role in creating the right atmosphere and context for more direct and tangible forms of propaganda to feed on and become effective. Jacques Ellul and Leonard Doob both identified that having a preparatory form of propaganda (pre-propaganda for Ellul; sub-propaganda for Doob) was essential for creating the right context for more direct forms of propaganda to work effectively. Word-of-mouth propaganda has been a key tool in the propagandist’s armoury for a long time but it has largely remained unrecognised or under-studied. The Soviets created a whole army of personal agitators to make direct contact with audiences; and the SOE used it to spread rumours in the Second World War, matched by the Germans deploying Flüsterpropaganda (whisper-propaganda). I believe these activities deserve more attention from historians.

The next time they view a tangible propaganda film, poster or leaflet I would urge propaganda historians not only to study the message, the purpose and the effect of that specific piece of propaganda; but also to consider what other intangible influences might have been at play.

Edward Corse has a PhD from the University of Kent’s Centre for the Study of Propaganda, War and Society and published A Battle for Neutral Europe: British cultural propaganda in the Second World War with Bloomsbury in 2013. Image Credit: CC by John Collier Jr./Flickr.