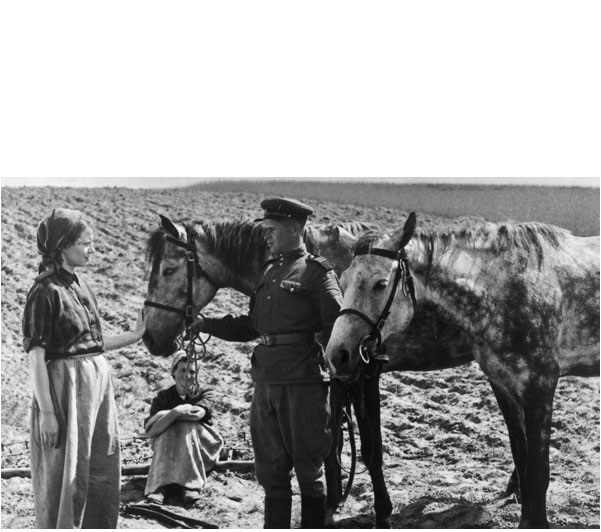 Josef Stalin was ultimately more adept as an Imperial Architect than Adolf Hitler, if for no other reason than he had more of a methodological plan for doing so.  The creation of a Soviet Empire in Central and Eastern Europe was no accident, the Soviet dictator had always planned to do so once Nazi Germany had been crushed.  For decades historians and political scientists in the West debated whether Stalin wanted to spread Communist rule as far as he could, or merely wanted to establish a buffer zone to protect the USSR from another attack like the one that occurred in 1941.  In reality the Soviet government wanted to accomplish both of these objectives, each one reinforced the other.

Both the Soviet authorities in the centre in Moscow and those on periphery in the newly liberated countries in the eastern half of Europe, as well as the leaders of various Communist parties returning to their homes from exile, realised the Soviet model could not simply be imposed overnight on populations, who, for the most part, despised both Communism and Russians with equal measure, and in countries where much of the economic and social infrastructure was destroyed.  Nowhere was this more evident than in the Soviet Occupation Zone of Germany, where the Soviets had greater opportunity to remake its social, economic, and political order than in Poland, Hungary, Czechoslovakia or any other future Soviet satellite, but also wanted to influence developments in the Western zones of Germany, and knew immediately creating an East German state on the Soviet model would end any chance at this.

Thus, it was necessary to follow a slower path towards Sovietization in Germany, and to build support from some of the population outside of the Communist Party and some Social Democrats.  Both Stalin and the chief leaders of the Socialist Unity Party (formed in a merger of the Communists and Social Democrats in the Soviet zone in April 1946), Walter Ulbricht, Otto Grotewohl, and Wilhelm Pieck, hoped the SED could win power through democratic means, as opposed to simply seizing power.  The Soviets and their German “friends” in the SED, in the first two years of the occupation, when other political parties like the Christian Democratic Union (CDU) and the Liberal Democratic Party (LPD) acted relatively independently, embarked on a propaganda campaign that on one hand promised a sweeping economic transformation which would create a socially just economic order and one where former Nazis and “reactionaries” would be punished. On the other hand, traditional aspects of German life would be protected, especially religious freedom.  The propaganda campaign for both of these offers a glimpse at a fascinating time in the immediate post-war period in German history, before the emerging Cold War and Stalin’s dispute with Yugoslavia’s leader Josip Broz Tito led to a rapid acceleration of the Stalinist transformation of the Soviet zone of Germany, as it did for the rest of the nations of the Soviet bloc.

On September 2, 1945, German Communist leader Wilhelm Pieck gave a famous speech proclaiming “Junkerland in Bauernhand” (The Junker’s Land in the Farmer’s Hands).  The Junkers were the landed aristocracy of East Prussia, from which many of Prussia’s and then the German Empire’s military officers and government officials had been drawn.  They were depicted in both Soviet and SED propaganda, including in Pieck’s speech, as the source of much of Germany’s historical misfortune, from “Prussian militarism” to National Socialism.  Bodenreform, the German term for land reform, would simultaneously crush their toxic influence forever and create a more economically and socially just order in East Germany.  Posters promoting Bodenreform almost always contained Pieck’s famous slogan and a depiction of the eradication of the Junkers and/or happy and prosperous (and blonde) farmers in their place.  The reality was more complex, even before the war ended the economic and political influence of Junkers had been mortally wounded as most had fled the advance of the Red Army, or were expelled by the Polish authorities moving into territories which had been awarded to them at the Yalta conference.   Some Junkers had been prominent supporters of Hitler, but others had played leading roles in the German resistance, including in the July 20 plot.  Furthermore, numerous Soviet military authorities and even a few German Communists were worried about the economic dislocation a breakup of the Junker estates could cause.  Of course, Bodenreform was implemented in the months following Pieck’s speech, as the remaining Junker estates in the Soviet zone were broken up and given to “new farmers”, including some former Wehrmacht soldiers.  This was intended to be the first step in the collectivisation of agriculture on the Soviet model, although this would not actually begin until the early 1950s, and would not become mandatory until later in that same decade.

The Soviet authorities took the lead in the “religious freedom” propaganda campaign soon after the occupation began.  Their daily German-language newspaper published by the Soviet military government headquarters in Karlshorst, Tägliche Rundschau (Daily View), contained numerous articles in 1945 and 1946 from both German and Russian authors testifying to the existence of thriving religious communities in Stalin’s Russia, and how Soviet soldiers were repairing and re-opening churches which had been closed on the orders of the Nazis, the true enemies of “religious freedom” in Germany.  Paradoxically, the propaganda campaign promised to restore religious liberties to Germans which they had enjoyed before 1933, but also attempted to assure them a future socialist order would not imperil religious institutions.  The German Communists took a longer time to involve themselves in this propaganda campaign, as the Communists and the Social Democrats who joined them to form the Socialist Unity Party spent much of the spring and summer of 1946 deciding what their religious policies should be.  By the fall of 1946, as zonal elections approached in October, the SED used its newspaper, Neues Deutschland (New Germany) to engage in the same campaign Tägliche Rundschau had engaged in for over a year.  The centrepiece was a front page article from the October 18 article entitled Christentum und Sozialismus sind keine Gegensätze (Christianity and Socialism are not Opponents), written by five Protestant Clergymen, which argued the ideology of the SED was actually much closer to the writings of the Bible, and teachings of Martin Luther, than that of the Christian Democratic Union.  It was the duty for all “progressive elements” of the Christian community of the Soviet zone, the article concluded to support the SED in the upcoming zonal elections.

These appeals were very disingenuous, as the Soviets and the East German communists were already moving to restrict the activities of religious youth and women’s organisations, as well as gradually removing both the Protestant and Catholic Churches’ ability to offer religious education in public schools.  These were a forerunner of later Church-State conflicts in the GDR in the 1950s, symbolised by the clash between SED General Secretary Walter Ulbricht and the staunchly anticommunist Protestant Bishop of Berlin-Brandenburg, Otto Dibelius.  Ultimately the failure of the SED to win a decisive victory in the October 1946 elections, the only democratic ones in East Germany until 1989, meant the SED and the Soviet authorities had to relinquish the goal of controlling the activities in the Western occupation zones, which in turn accelerated the construction of Socialism in the Soviet zone.  Nevertheless, the land reform and religious freedom propaganda campaigns in East Germany in 1945 and 1946 offer a fascinating glimpse at the earlier steps of constructing a Red Dictatorship on the ruins of a Brown one.

A (rather obviously staged) propaganda photograph of a Soviet soldier delivering new horses to German peasant women on a former Junker estate which had been broken up.