Opera prima donna Dame Kiri Te Kanawa has reacted rather dismissively to the SuBo phenomenon in an interview in the Radio Times. 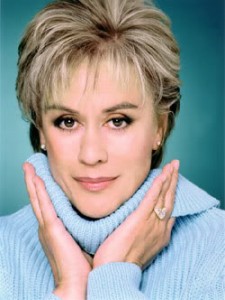 As an article in The Daily Mail reveals, the Dame believes Susan Boyle’s achievements are not worth talking about, saying she is ‘not interested’ in talking about Boyle’s success.

‘I’m doing something classical, not whizz-bang. Whizz-bang disappears. It goes ‘whizz’ and then ‘bang’.

”You insult me by even wanting to bring it into this conversation. I’m not interested.’

It’s refreshing to find someone who is unafraid to meet the topic of cross-over classical artists and television song-contest winners achieving success in the same sphere as international classical performers, such as Dame Kiri or Luciano Pavarotti, head-on. Then again, when your career and your vocal instrument are as stratospherically brilliant as Dame Kiri’s, you probably have the right to discourse with such frankness on an industry in which you’ve been a international star since 1968.

She’s not afraid to distinguish between artists such as herself, Renee Fleming and Angela Gherorgiu, and those such as Katherine Jenkins and Andrea Bocelli – the former being performers who sing “glorious, serious, grand opera without microphones. There aren’t many of us.”

Ouch. But true, though.

Whilst listening to the University Concert Band performing a suite from the score to the film Gladiator at a recent concert, I was struck anew by the allure that film music has for me. On browsing through my array of CDs later on, I realised that a large part of my listening library is devoted to film scores, from the spooky Classicism of Hannibal to the robust menace of Gladiator and Jurassic Park, the ethereal mystery of Solaris or the innocent jollity of Amelie.

What is it about film music that appeals ? On reflection, I suspect it might be the immediacy of the emotion it conjures, the instant creation of a mood or effect. Unlike traditional classical music, film scores don’t rely on musical form and architecture in the same way as, say, a symphony or a piano sonata. Film music, at least non-diagetic film music, is used because a director wants to enhance the emotion of a particular scene, and the music has to respond immediately. There is no room for traditional forms such as sonata form – exposition, development, recapitulation – which is all about presenting ideas, developing them, setting up tonal or harmonic relationships, and then providing a resolution in a coda. Think of the menace of the creeping semi-tone in Jaws, or the shrieking strings in Bernard Hermann’s music to Psycho: the effect is immediate.

Of course, diagetic music can do this as well: I’m thinking of that scene in Riidley Scott’s beautiful Hannibal, where the sound of the theme from Bach’s glorious Goldberg Variations seeps into the soundtrack, and the camera tracks across the room to reveal Lecter himself playing the piece as he muses on the letter he has just written to Starling. The piece is a favourite of Lecter’s, as we know from The Silence of the Lambs when he plays it on a tape-recorder in the prison-cage. The beauty of Bach’s melody stands in stark contrast to the environment in which it appears: Lecter’s private residence, or the cage-prison, and the figure of Lecter himself. (This video of Gould performing the Aria uncannily mirrors something of the tracking effect Scott uses in the film: I wonder if he’d seen it ?).

So what film music looms large in your library, and why ?

The world of classical music yesterday mourned the death of Yvonne Loriod, pianist and wife of composer Olivier Messiaen. A former pupil of the great French master, she became an astonishing exponent of Messiaen’s often fantastically virtuosic piano music.

I read the news that the BBC is launching a new series across its major networks devoted to opera with some trepidation. Not because opera is not perhaps my favourite art-form, hem hem. I welcome any cultural exploration on the television – I’m currently watching Francesco’s Venice with great enthusiasm, as well as Owen Sheers’ Art of the Sea – and classical music, for my money, is often poorly over-looked by television outside of the BBC  Prom season.

But as I read the article in Gramophone, my heart sank.  As part of the season exploring opera, Rick Stein will be offering a “look at the parallels between food and cooking, with a gastronomic look at Italian opera,” I learn. And the titanic, sprawling controversy that is the music of Richard Wagner will be investigated by – Stephen Fry.

Now don’t get me wrong: I love Stephen Fry. But if I want an analysis of Wagner’s music, an examination of his mammoth operas and an insight into the innovations he wrought in harmony and tonality, I might not look to Stephen Fry straight away. Nor do I expect profound insights into the Italian opera tradition to be revealed by focusing on cooking with Rick Stein.

I like the idea that classical music, even opera, is the subject of a season of programmes: hell, I might even learn to like opera myself. But if ‘twere done, then ‘twere best done properly, by specialists who really know their stuff. The promised programmes by Antonio Pappano, investigating the role of opera in the musical life of the country, sounds excellent. But the nation-wide search by Radio 3 for the nation’s favourite operatic aria fills me with dread: presenter Rob Cowan talking of ”an exciting battle for the top spot” when the top ten are announced in June.

I’ll be watching, and listening, with interest. But a little trepidation too. Will you ?

What does cultural criticism mean for us in our consumption of art and music, and is it making us lazy ? Are we active in making up our minds and experiencing it for ourselves, or are we governed by the critic’s pen ?

With voting in the election set to start in less that twenty four hours, time for one last guest post on ‘Election Views,’ as people make their final considerations before casting their vote.

Is it important to consider the arts policies and attitudes of campaigning parties when deciding for whom to vote ? Should we rather be considering their views on employment, education, and frontline services ?

It must be the weather. Or the time of year. Or something to do with age. Hot on the heels of yesterday’s revelation about Led Zeppelin’s on-and-off-reunion tour being, well, maybe on: today it’s the turn of Roger Waters.

In what reads like a rather grouchy statement, Waters declares that David Gilmour, Pink Floyd’s guitarist from 1968, is ‘not interested’ in touring. With the thirtieth anniversary of The Wall coming up, Gilmour it seems has no desire to team up with Waters again, with whom hostilities have been maintained since the arguments over the album following The Wall’s release in 1982.

There was a brief cessation of hostilities in 2005 with the Live 8 concert, although Gilmour’s attempt to walk off-stage after the performance failed when Waters cajoled him into sharing a hug on-stage.

Still, one can but hope that other bands will also decide not to attempt to rekindle their former days of glory. There was nothing so depressing as watching super-group Cream at the Royal Albert Hall several years ago, and reflecting how much they had lost their youthful edge and committed drive. (They are still great, though).

So, the question (as with yesterday’s post) remains: should they or shouldn’t they ?

Of course, such a tour (about which rumours have abounded since the band’s break-up in 1980) would have to overcome a couple of obstacles.  For starters, the death of drummer John Bonham in 1980 from Hendrix’s trademark death of choking on his own vomit.  Robert Plant has always expressed his lack of interest in re-forming the band, and even Jimmy Page’s manager has previously announced the band would never re-unite.

In 2007, the surviving band members re-united for a one-off performance in London’s O2 Arena with Jason Bonham taking over from his father on drums.

“There is still a lot of work to do on this project and I want to make sure it’s done tastefully,” Bonham said.

Led Zeppelin were ‘Best Live Band’ in the 2008 Mojo awards, some twenty-eight years after the band’s demise. Now that’s some accolade.

Let’s hope, if they do tour, they leave ‘The Crunge’ from1973’s Houses of the Holy well alone: my favourite, it should remain untouched.

So, come on: should they or shouldn’t they ?