It was a relief this week to resume rehearsals; the concert-hall has been silent since March, but, for the first time, choral rehearsals for the University Chamber and Cecilian Choirs resumed – although a little differently to the way they took place before… 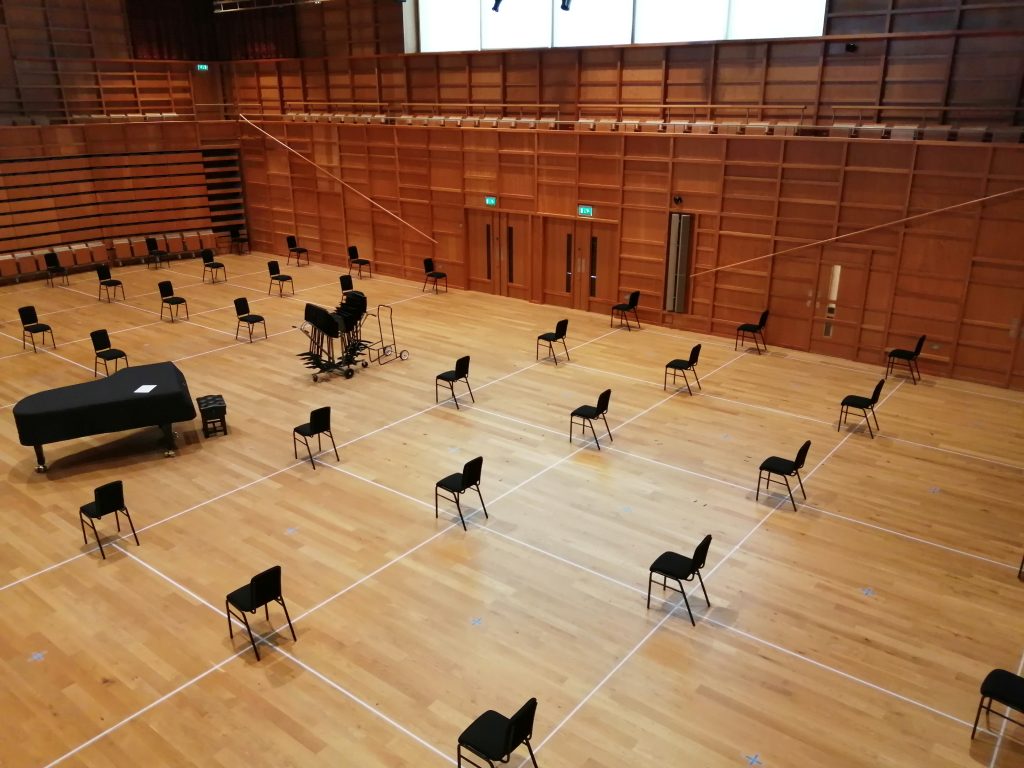 The floor of the concert-hall has been marked out with a grid, and chairs placed evenly at a distance of three metres; each choir only uses one or other set of chairs at either end of the hall, and rehearsal time is limited to one hour with the COVID-compliant air-conditioning running throughout (not a problem at the moment, but it’ll be interesting as external temperatures start to drop as we head towards winter…). And there’s no socialising before or after rehearsals, no mingling in the foyer; the singers have to sit socially-distanced outside, come into the hall in line, and leave the rehearsal in rows and follow the one-way system out from the building rather than mingling afterwards. 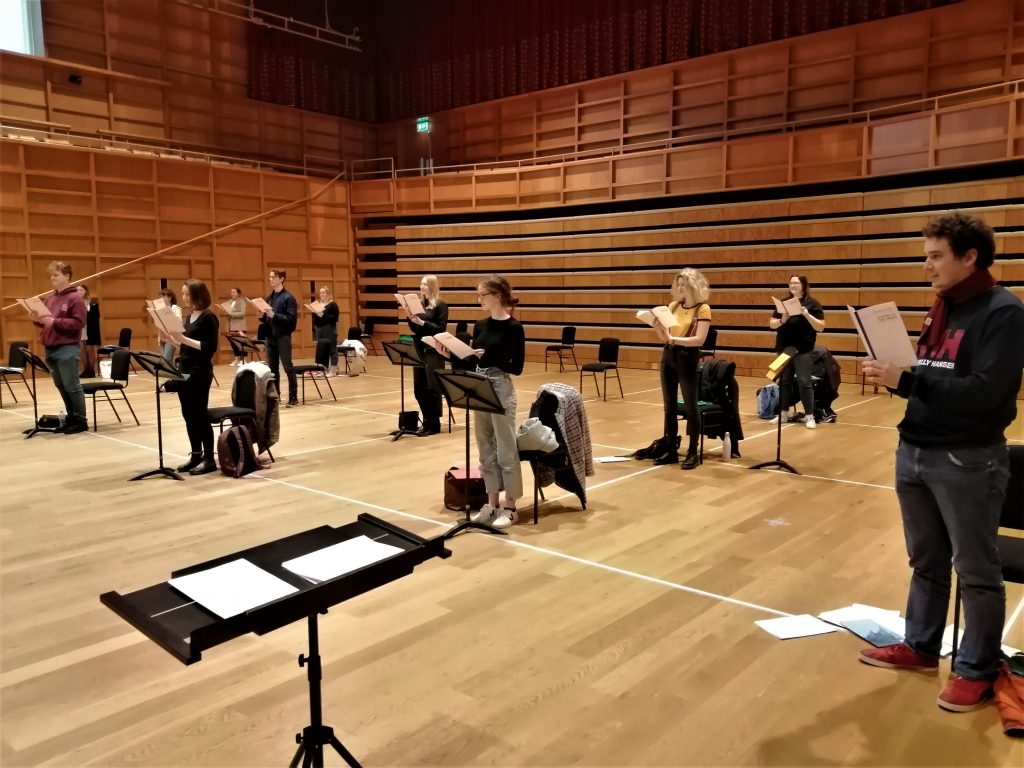 Sitting so far apart from one another, in rows rather than the usual gentle crescent-shape, is going to take some getting used to. No longer can you rely on those either side of you for support, drawing your sound and theirs together as part of the overall ensemble sound. And the singers at the back row are languishing a considerable distance from the front row, from the piano, and from the conductor. The wonderful intimacy of singing as part of a cluster of people has been replaced by a stark arrangement akin to an examination hall. 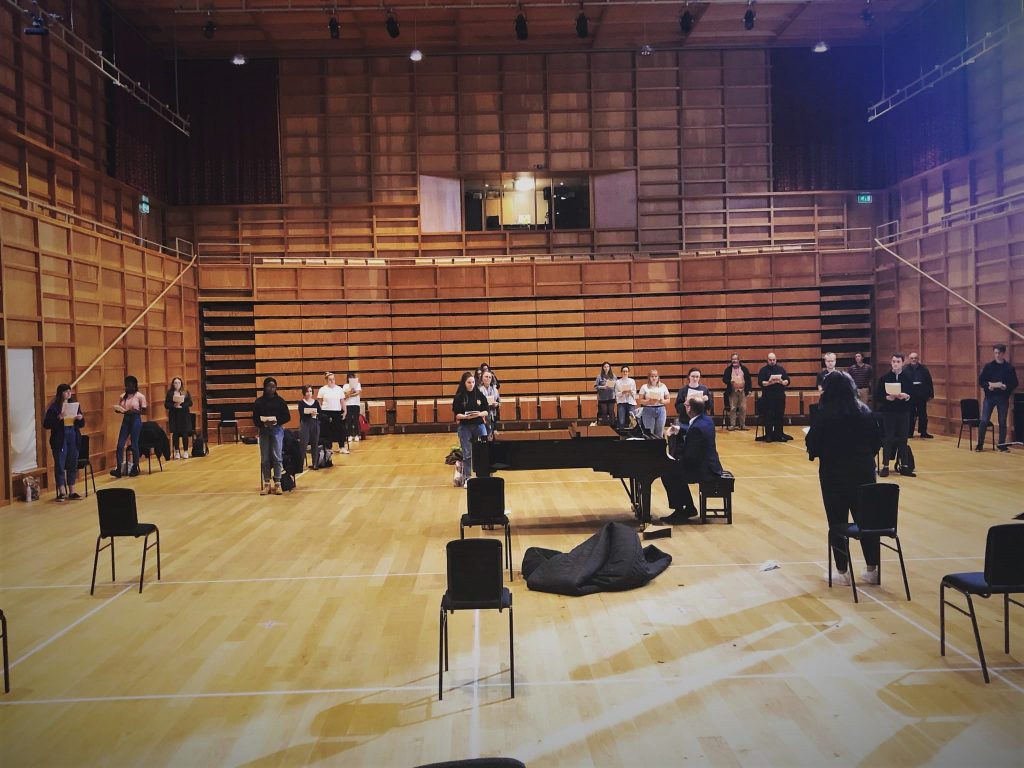 A first, socially-distanced rehearsal with the Cecilian Choir

But – it might yield different skills. The singers are going to have to develop a more confident sense of robust, internal rhythm; they’re going to have to watch more; they are going to have to listen harder to relate to what’s going on around them. Whilst we are working in this new, strange set-up, it might actually lead us to develop other skills to the ones we would normally develop in ensemble rehearsals. This term, repertoire includes richly-hued works by Will Todd, Steven Griffin, Michael Haydn, and the wonderful Advent antiphons; it will be fascinating to see how we learn them under the new ways of working – how differently, more quickly or slowly – and what the finished product will sound like. 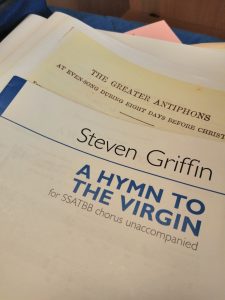 And who  knows; taking those newly-developed skills back into singing in traditional formation (whenever that might be) might lead to a better overall ensemble sound. Like choirs everywhere at the moment, we are just going to have to wait to find out…