The musical world has lost two giants this week; British composer Jonathan Harvey has died at the age of seventy-three, and American jazz pianist and composer Dave Brubeck, aged ninety-one.

Harvey, who has suffered from motor-neurone disease for some time, will be remembered as the composer of music, often clothing instrumental and orchestral textures in a tapestry of electronics, that maps new worlds of deeply spiritual and sonic, almost mystic, contemplation, nowhere more so than in one of my favourite pieces, one of his very late works, Messages.

From the eletronics-and-bells of Mortuos plango, vivos voco to later works such as The Madonna of Winter and Spring which cracks open like Stravinsky’s Rite, or the meditative breathing ensemble in Tranquil Abiding, Harvey’s music combines a deep religious sense (his outlook embraced both Christianity and, later, Buddhism) with a unique musical language, one with a wonderful ear for ravishing sounds. (There’s a very moving interview with The Guardian‘s Tom Service that appeared in January this year, which you can read here).

Dave Brubeck will forever be remembered for Take Five, a recording graced with the liquid tone of saxophonist Paul Desmond. Classically trained, his music invested jazz in the 50’s and 60’s with classical techniques, including a mischevious delight in unusual time-signatures. 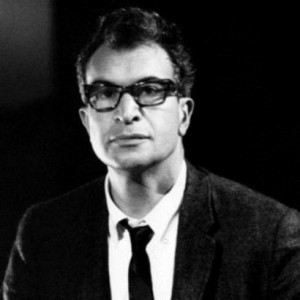 Both will be much missed.