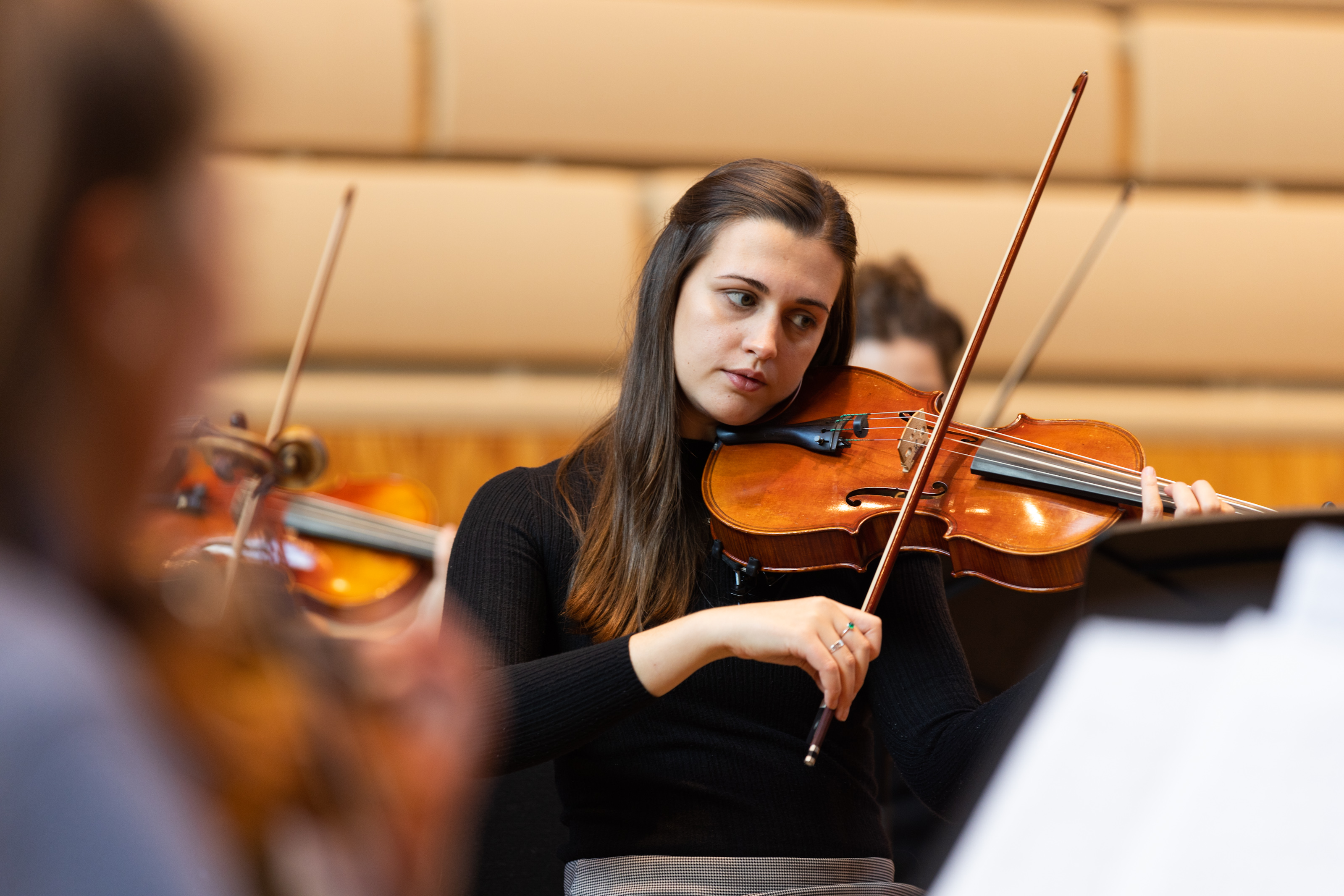 Images of empty Italian piazzi find echo in music for string orchestra, including John Woolrich’s Ulysses Wakes, as the #EarBox series bringing music and images together returns to Studio 3 Gallery with the University String Sinfonia on Weds 23 March at 1.10pm.

Woolrich’s piece is a transcription of Ulysses’ first aria in Monteverdi’s opera Il ritorno d’Ulisse in patria, first performed in 1640. Washed up on the coast of Ithaca, Ulysses wakes on the shores and asks ‘Am I sleeping or awake? / And what country surrounds me?’ as he fails at first to recognise his home. In Woolrich’s reimagining, Ulysses’ questioning aria is sung not by a voice, but by the darker-hued tones of a solo viola, played here by Music Performance Scholar, Kira Hilton.

The programme will also include Purcell’s Chacony and Vaughan Williams’ reflective Fantasia on a theme by Thomas Tallis. as well as Vivaldi’s vivacious ‘Spring’ from The Four Seasons.

The concert is set against the backdrop of the gallery’s current exhibition Le Piazze [In]visibili – Invisible Squares, which was created during the early days of lockdown in Italy in 2020, and reflects the desolate emptiness of town squares which traditionally throng with residents and tourists, but which suddenly became empty like so many social spaces around the entire world.

Find out more about the exhibition here.