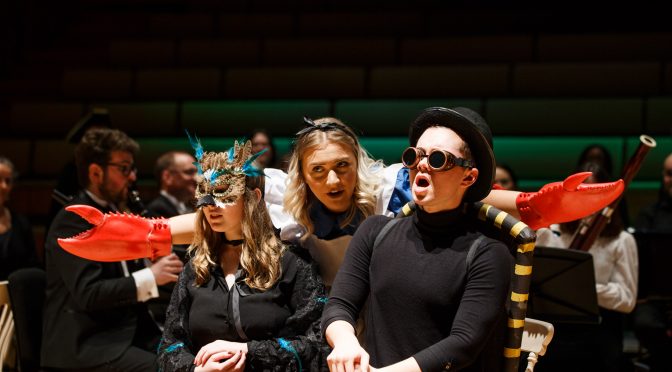 Congratulations to the University Cecilian Choir, soloists and instrumentalists on a marvellous performance of the Victorian stage adaptation of Carroll’s classic tale – Alice in Wonderland: A Musical Dream Play which came to life in Colyer-Fergusson Hall for the first time since 1927. The adaptation, overseen by Carroll himself and first performed in 1886, was brought to vivid life by University musicians, including students and staff from across the university community, Music Performance Scholars and Award Holders, in a reconstruction by Deputy Director of Music, Dan Harding, who also played the piano as part of the onstage chamber ensemble which accompanied the production. If you missed it, the production returns to Colyer-Fergusson for a second performance on Friday 29 May, to launch this year’s Summer Music Week. #AliceatUKC will return…