Fantastic gig this lunchtime from the Geoff Mason Quintet. 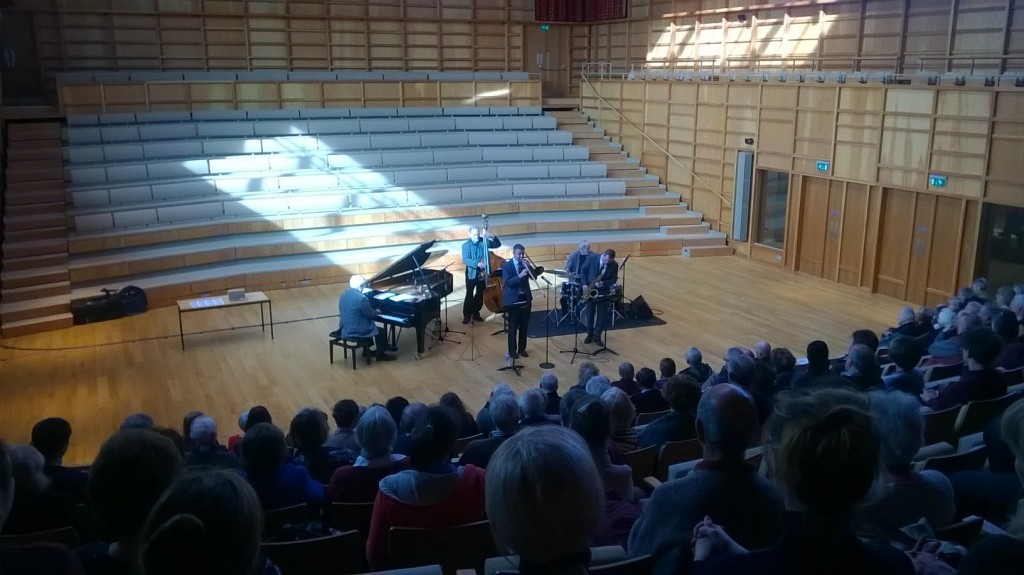 A bustling set opened with One By One, which included some fleet-footed, cascading improvisation from Simon Spillett on tenor sax. A lyrical waltz by the late Kenny Wheeler called forth some colourful piano-playing from John Horler, answered by a nimble bass solo from Tim Wells. A white-hot reading of Monk’s Hackensack saw some blistering improv again from Spillett, underpinned by  solid bass Wells, each in turn supported by some deft and inventive drumming from Trevor Tomkin.

The high-octane set came to a close with McCoy Tyner’s robust Blues on the Corner, which was greeted by an enthusiastic reception from a large audience.

Here’s the group in rehearsal earlier in the morning;

Our next unchtime concert is Weds 1 April.