We are delighted that actor Simon Paisley Day will be joining us next week, to read sections of Shakespeare’s Henry V as part of a performance of Walton’s score to the film during our December concert.

Sounding Shakespeare brings the University Chorus and Symphony Orchestra together on Saturday 10 December to round off the 400th anniversary of the death of the Bard, including music by Mendelssohn, Bernstein and Rutter, and Simon will be taking part in the performance of the film score Walton composed for the famed film of Henry V starting Laurence Olivier, originally written in 1944 and converted into a suite in 1963. 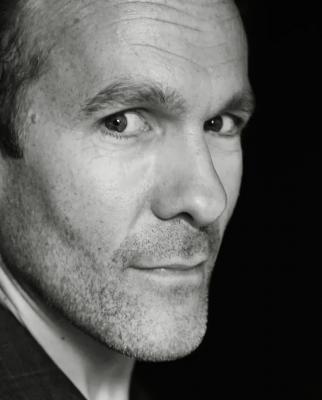 Since leaving the Bristol Old Vic Theatre School in 1991, Simon has worked extensively in the theatre, on screen and on radio, playing a great number of Shakespearean roles, including Malvolio in Twelfth Night and Horatio in Hamlet  at the National Theatre, Iachimo in Cymbeline at Regent’s Park, Timon in Timon of Athens, Petruchio in The Taming of the Shrew at Shakespeare’s Globe and, most recently, Antony in Antony and Cleopatra at The Hollywood Bowl in Los Angeles. Last Christmas he appeared as the Onceler in Dr Seuss’s The Lorax at the Old Vic in London.

Join us on Saturday 10 December for what promises to be an epic odyssey in words and music; details here.