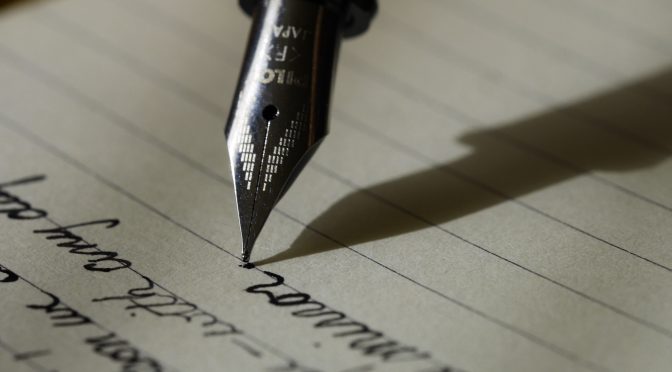 BBC Radio Kent presenter Dominic King has recently launched ‘A Love Letter for the Arts’ on his show, in which creative people from the region are invited to respond to the threats facing the arts during the current times.

Last night’s show featured Deputy Director of Music, Dan Harding; if you missed the feature, the text is reproduced below, or listen back on BBC Sounds at the 1hr 14mins mark here.

Just stop what you’re doing for a moment. Just – put down the book; put Spotify on pause; pause watching something on YouTube or Netflix, stop listening to that CD.

Now wait a minute; all those that you’ve just stopped doing. They’re arts, aren’t they ? Without really realising it, those are the arts with which you’ve just been engaging; those things which you’ve all just stopped doing are the product of many hours of work from a whole infrastructure of people – craftsmen, performers, practitioners, professional and freelancers, all coming together to deliver that product that you just watched – or read – or listened to – or looked at on a wall, in an art gallery.

Just think about all those individuals involved in creating those things. Now imagine what happens if the arts, under grave threat in the current climate, were to disappear; venues to close; freelancers are no longer able to do what they do – they’re no longer able to pay bills, to put food on the table, to make ends meet.

Now imagine a world where lockdown has finished, life has returned; you want to go out in the evening, or at the weekend. Let’s go to a concert! But wait; the venue is closed, the concert-hall dark, the piano lid shut, the pianist and the singer have taken up other jobs, to be able to pay bills, to make ends meet.

We’ll go to the theatre! But wait: the curtain is lowered, the auditorium empty, and the freelancers – the set designers, the costume-makers, the actors – have all taken up other jobs, to pay bills, to make ends meet. Let’s go to an art gallery! But wait; the gallery is shut, the curtains are drawn; there are no paintings to see, because the artists aren’t painting any more; they’ve put down their brushes to re-train as an HGV driver, a delivery man, to work in a supermarket, to pay bills, to put food on the table, to make ends meet.

Let’s go to the cinema! But wait: there are no films being made; there are no directors, no cinematographers, no set-designers, no set-builders, no model-makers, no film composers, no caterers; they’ve all taken up other jobs, in order to pay bills, to put food on the table, to make ends meet.

Let’s go to a live gig! But wait: the venue is closed, converted into a trendy wine-bar; the stage is dark, the bar is empty; the musicians have laid down their instruments – the guitarist put down his strings, the drummer given up her sticks, because they’ve all taken other jobs; to pay bills, to put food on the table, to make ends meet.

There’s a real danger that, as we emerge into a post-COVID world, that venues will have been lost; there will be fewer creative activities for us to enjoy. Libraries would be shut; there will be no books being written, because people won’t be writing any more because the writers will have laid down their pens and taken other jobs, to pay the bills, to put food on the table, to make ends meet.

We’re also at risk of losing the opportunities to inspire the artists and practitioners of tomorrow; that children who would have sat in the concert-hall, or gone to a live gig, or visited an art gallery or the theatre and had that revelatory moment of thinking ‘Yes! THIS is what I want to do,’ are not going to able to have that moment of career-defining inspiration

The arts are at risk; we need to save them, and the people that create them. We need the government to write its own love letter for arts on the back of not just one large cheque, but several, each of which will filter down to the grass-roots venues, the freelancers, the venues at the beating hearts of their communities.

As Joni Mitchell put it so memorably once upon a time in a bitter-sweet ballad in 1970 whose message still endures to this day:

Many thanks to Dominic King for the invitation to contribute to the series.