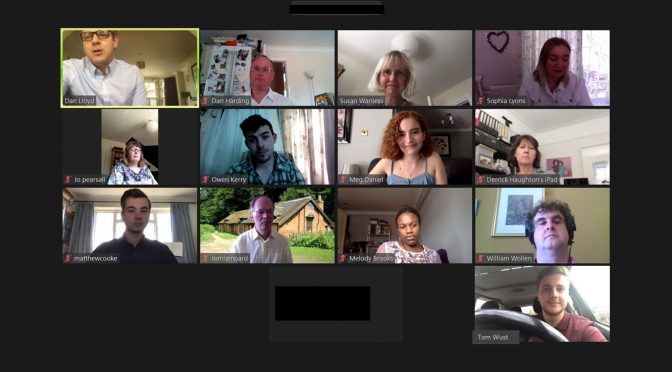 Well, we’ve never had a Music Prizes awards ceremony quite like it before – a sign of the times – but it was still lovely to be able to ‘see’ this year’s prize-winning students, and to be able to thank them for their various outstanding contributions to music-making this past, slightly shorter than normal, academic year.

The Music Prize Committee has the unenviable task of recognising particular students whose involvement in the extra-curricular musical life of the University, from amongst all those who give up their time in order to participate. The deliberations eventually resulted in prizes this year being awarded to:

The highly unusual award ceremony, expertly and virtually chaired by Professor Dan Lloyd, was a way both to thank them and also to acknowledge their impressive contributions to a curtailed but still nonetheless excellent period of music-making.

Now for a virtual glass of champagne…