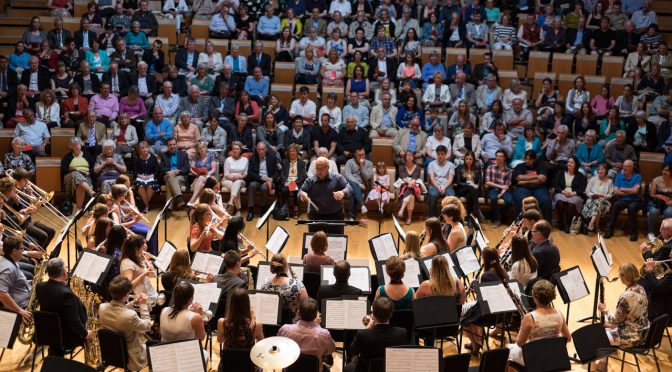 Musicians are versatile people. They are used to the discipline of rehearsing and practising, to the expectations of conductors and collaborators that they will arrive for an event prepared and able to deliver. They are organised (hopefully, anyway), accustomed to setting aside time to practice and juggling rehearsals and performances alongside other demands of life – shopping, studying, going to school, taking exams, doing the laundry, filling out forms (oh the heady glamour…). They are used to working under pressure, performing in the white-heat of the public eye (and ear) in concerts. And they are usually skilled at working with others, at establishing working relationships quickly and confidently. Here at Kent, the University recognises that all these qualities are immensely valuable in its students, and that potential students looking for a suitable university at which to pursue their degree may often be trained musicians, who have combined their school life with musical commitments for many years, and who want to continue with their musical interests alongside their course of study. If you’ve spent many years learning an instrument or taking singing lessons, putting in endless hours of practice and performance, then music forms a large, rewarding, part of your life that you don’t necessarily want wholly to rescind when you go to university, and it can be a challenge adjusting to the gaping chasm left in your life that was previously occupied by music; listening to it, practising it, performing it. So we offer Music Performance Scholarships to those who are keen to continue with their musical pursuits whilst studying at Kent. Our Music Scholars (usually numbering between ten and fifteen each year) come from across the university community, studying all manner of subjects from Law to Biosciences, Wildlife Conservation to Politics and International Relations, History to Drama. There are Scholars from across the country; from far-flung corners of the world (Malaysia, South Africa, India, Canada to name a few); and from across the county of Kent itself. All of them, however, united in their enthusiasm for, and commitment to continue making, music for the three years during which they take up residency in Canterbury. Whether attending lectures in Woolf College, drama rehearsals in Jarman, mock sessions in the Moot building as part of Kent Law School, or maths seminars in the Sibson Building, they will all, at various points during the week, make their way in to the Colyer-Fergusson Building to rehearse in the concert-hall or practice in the practice-rooms. And throughout the year, they will perform not only in Colyer-Fergusson Hall, but in Canterbury Cathedral, Deal Memorial Bandstand, and churches and venues around the county, making lifelong friends with others along the way. Percussionist and former Music Scholar, Cory Adams, talks about his experience, playing with the Concert and Big Bands, Orchestra, General Harding’s Tomfoolery and other ensembles:

And here’s brief excerpts from the Music Scholars’ Lunchtime Recital given as part of Summer Music Week in June this year:

The university recognises and values the skills and abilities that musicians can bring to its community when they come to Kent to study; the phrase ‘Good musicians make good students’ is often quoted, with Scholars often going on to graduate with first-class degrees. If that includes you, then take a look at our Scholarships page online here, and see how you could become involved in a rich musical life alongside whatever course you may be looking to study.