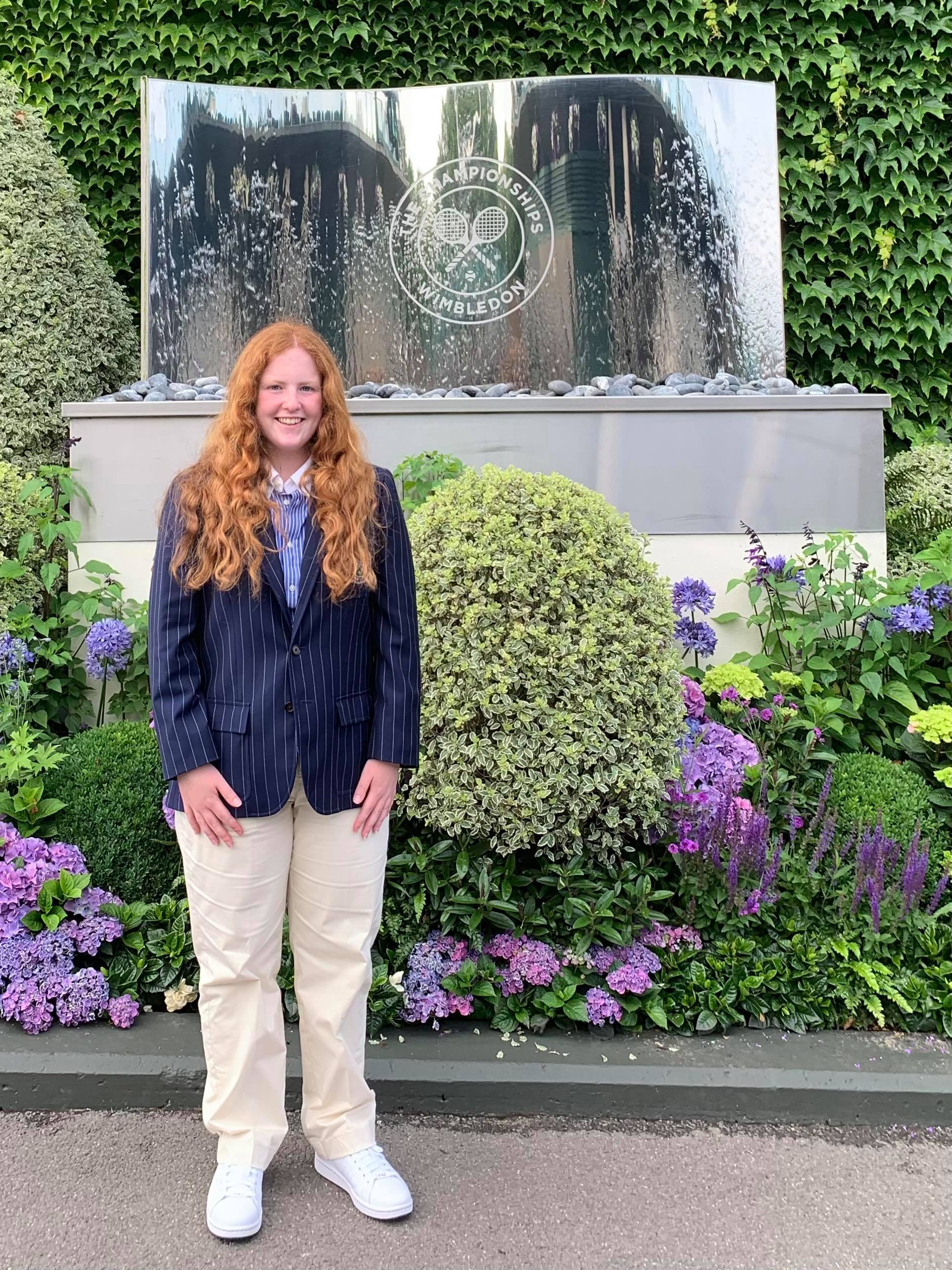 Not content with filling her extra-curricular life at Kent with both music and sporting activities, first-year Forensic Science student and trumpeter, Sophie Kitson, could recently been spotted on the courts at Wimbledon, where she has been working these past three weeks as a line judge. When not playing with the Women’s Cricket Team at the University, Sophie can also be found amongst the trumpet-sections of the Concert Band and Big Band, but lately swapped her instrument for a smart blazer and the opportunity to act as a line judge at this year’s Championship. “Having played tennis since I was three years old and coached for the past couple of years,” reflects Sophie, “I was given the opportunity to attend a line umpire course in Loughborough at the beginning of May. Upon passing the course I became a qualified LTA official. Just a couple of days after the course I was told I’d been selected to line umpire at the Nottingham Trophy, Wimbledon qualifying and the Wimbledon main draw! This past month has been slightly surreal, working on court with some of the best players in the world! And getting to put on the Ralph Lauren line umpire uniform and walk onto court at Wimbledon for the first time was slightly nerve-wracking but an absolutely amazing experience. I even had the chance to be on Court 12 (a semi-show court) twice in the two weeks; having never had a crowd that big and seeing yourself on BBC iPlayer was pretty cool!” Congratulations, Sophie, on what must have been a memorable experience – we hope you’re all ‘set’ to play in the trumpet-section again in September…