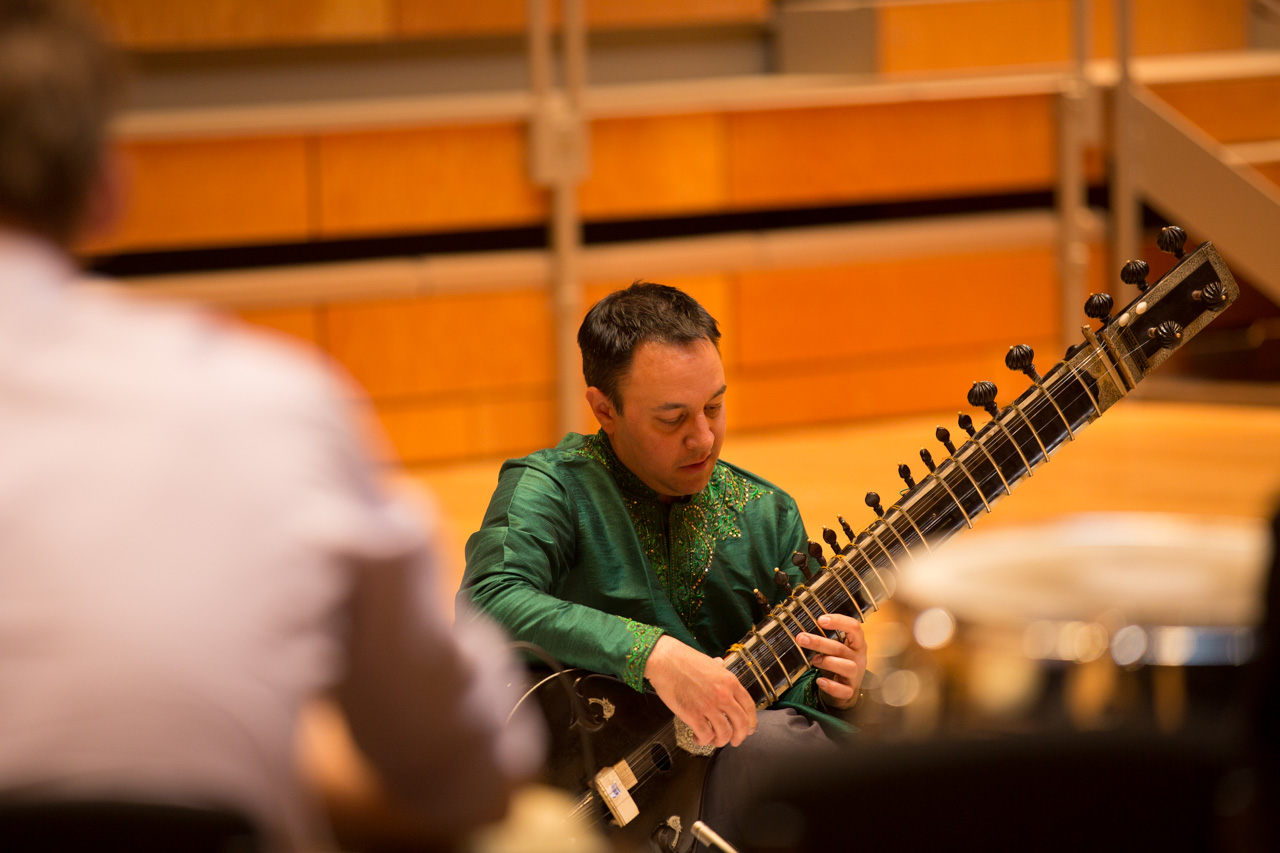 We’re very excited to say that our new Lunchtime Concert series launches next week, as the series of live performances returns to Colyer-Fergusson Hall once more.

The series begins on Wednesday 20 October at the usual time of 1.10pm with what promises to be a mesmerising sequence of Indian ragas performed by British sitarist and composer, Jonathan Mayer, together with tabla-player Denis Kucherov.

The event also begins a series of partnerships between the Music Department and professional performers; this year, Jonathan will be working with third-year Physics student and Hindustani singer, Ridima, towards a performance later in the year.

As always, the lunchtime concerts are free to attend, but this term tickets need to be booked in advance of the performance, which can be done online here.

The Music department is grateful to Furley Page Solicitors for its continued spobnsorship of the series.

We look forward to seeing you next, as we usher in the new season of lunchtime events!