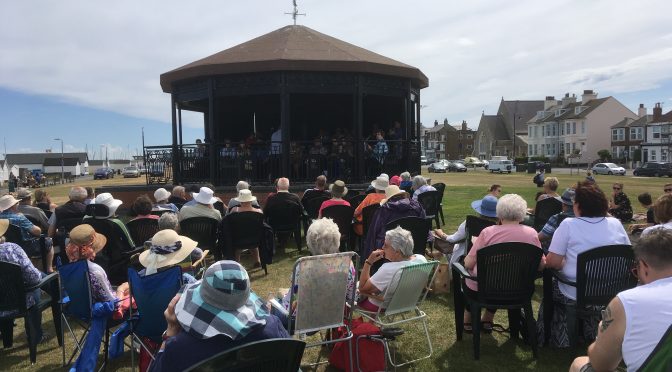 Vivaldi’s enduringly popular Gloria forms the centrepiece of the annual Crypt Concert at Canterbury Cathedral next week, in a performance for upper-voices by Minerva Voices. Fresh from its concert at Studio 3 Gallery last week, the University’s auditioned upper-voices chamber choir will bring the Crypt to shimmering life on Friday 26 February with Vivaldi’s masterpiece, in a programme that also explores repertoire from the medieval to the present day. The first half of the concert will include works by Hildegard von Bingen, Mozart and Brahms, as well as Veljo Tormis’ filigree Spring Sketches and Bob Chilcott’s radiantly colourful Song of the Stars. It’s a terrific opportunity to hear Vivaldi’s radiant, celebratory Gloria in an upper-voices edition which may well have been familiar to audiences during Vivaldi’s lifetime, written as it was for the young voices of the Ospedale della Pietà in Venice.

The Cathedral Crypt is a wonderfully evocative venue in which to perform, and the Choir is eagerly anticipating the opportunity to fill the sonorous space with such a richly-hued programme; join us on a voyage charting choral music across the centuries and Vivaldi’s crowning glory, in the magical surroundings of the Cathedral Crypt next Friday at 7.30pm. More details online here.

Students from the University of Kent had the opportunity to work with one of the country’s leading composers last week; composer Paul Patterson was in attendance at the University Chamber Choir concert in Canterbury Cathedral Crypt last Friday, to hear the Choir perform his sacred motet Salvum Fac Populum Tuum Domine, and earlier in the afternoon came to the rehearsal to work on his piece with the Choir.

Time Piece (1972), was written for the King’s Singers, and has been performed extensively ever since as a staple part of their repertoire. His Cracowian Counterpoints (1977) was toured worldwide by the London Sinfonietta, and the phenomenally-successful Little Red Riding Hood and Three Little Pigs continue to be performed. In 1997, in celebration of his 50th birthday, he was the featured composer on BBC Radio 3’s long-running series ‘Composer of the Week.’ He has also been Artistic Director of the Exeter Festival (1991-97), and Composer-in-Residence of the National Youth Orchestra of Great Britain (1997-2010).

It was a wonderful opportunity for the students to work with someone of Paul’s  calibre. A major figure on the British music landscape, the chance to work with him was a great privilege. Paul leads a hectic life following his music being performed all over the world (he was recently in Holland attending a concert combining his Magnificat with works by Eric Whitacre, and is shortly off to Denmark), and we are tremendously grateful that he found the time to come to the concert, and to be a part of the rehearsal earlier in the day.

Here is the Choir in the Crypt in the afternoon, working with Paul, together with Yours Truly and fourth-year student Matt Bamford rehearsing.

Still reeling from the vibrancy of last week’s Gulbenkian gig with the Concert and Big Bands, thoughts turn to a more contemplative state for the Chamber Choir concert next week. On Friday 24 February, the Chamber Choir will present From Morn to Midnight, an evocative programme exploring the differing colours in a single day. In a blend of sacred and secular pieces, and including works for solo piano by Chopin and Liszt, the programme moves from Eric Barnum’s Dawn to Eric Whitacre’s Sleep. There are also works by Vaughan Williams, Saint-Saëns and Brahms, Italian madrigals, Elizabethan part-songs and plainsong.

The journey from the Choir’s first rehearsal to its current final preparations for next week’s performance have been charted over on its blog, Cantus Firmus, where you can read about how the Choir has been exploring the repertoire and developing its sound, as well as important matters such as deciding what to wear and phoning out for pizza. It’s all part of the process…

In the sonorous acoustics of Canterbury Cathedral’s historic Norman Crypt, the Choir will release a multitudinous array of colours, ranging from birdsong in Monteverdi to sunlight in Barnum and the deep colours of Whitacre’s mesmerising masterpiece: it promises to be a memorable occasion.