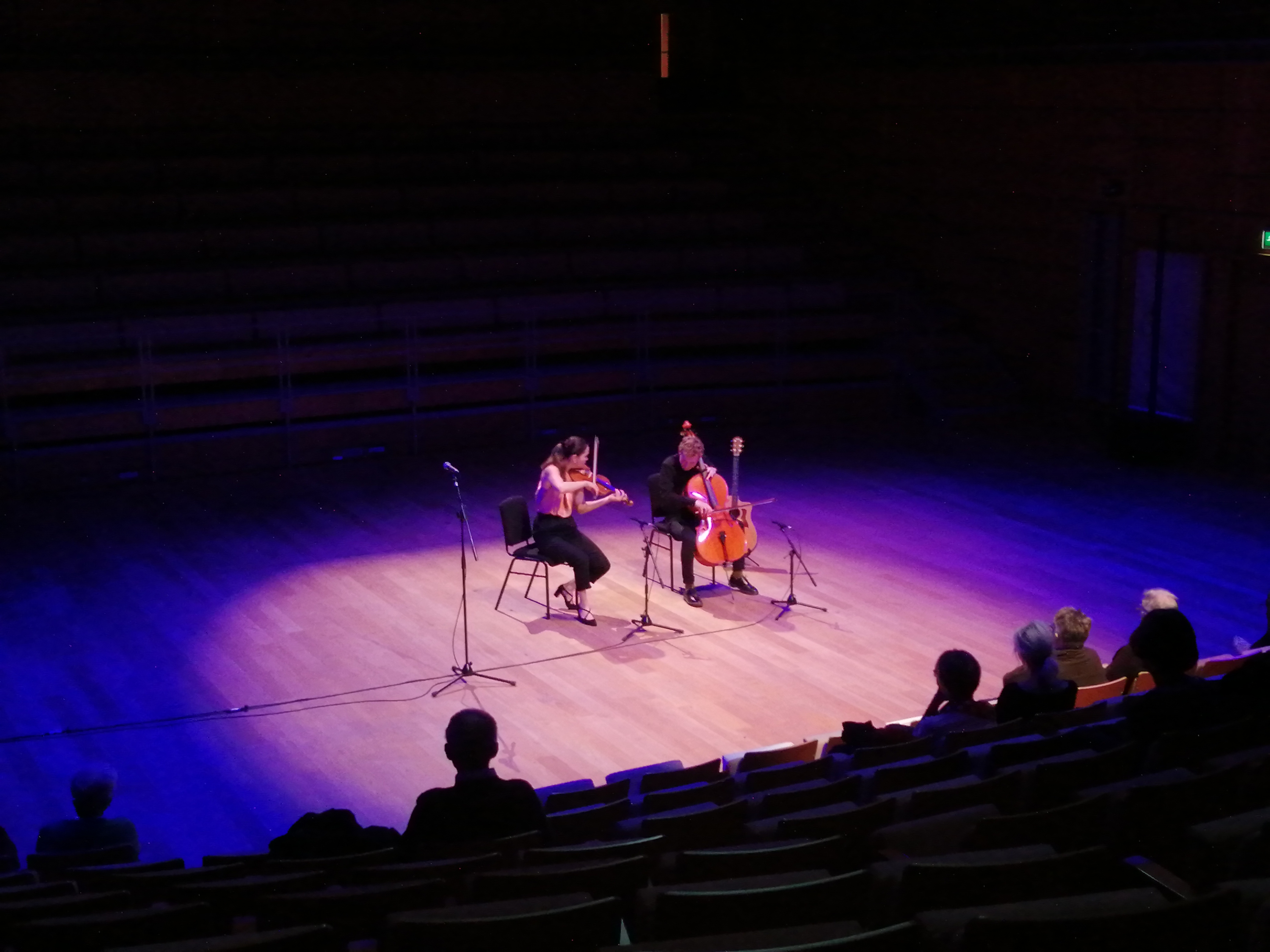 First-year  Philosophy, Religion and Ethics student and musician, Sara Davies, reflects on the recent opportunity to work alongside the Chan-Jack Duo on their recent visit to perform in Colyer-Fergusson as part of our Lunchtime Concert series.

On Wednesday, I had the pleasure of watching the superbly talented Chan-Jack Duo play their EP Air as part of the series of lunchtime concerts in Colyer-Fergusson Hall.

This included a 50 minute set of five songs that perfectly blended the east and the west whilst incorporating a multitude of genres from rock, pop, classical, Latin and many more.

I was totally enthralled by the immense talent of both Laure Chan (on violin) and William Jack (on cello and guitar). Their music, a fusion of different cultures, was colourful, emotional and transformative. After the concert, I had the opportunity to participate in an improvisation workshop with the duo, where we created a fusion that revolved around the pentatonic scale. We explored the different ways in which our instruments could make non-melodic sounds, and I was able to use the body of my guitar to create amazing percussive lines alongside the other instruments.

Towards the end of the workshop, I  had the honour of performing one of my original songs to the duo which was amazing! The support and feedback from both of them was particularly help as well!!

All in all, I have to say the Chan-Jack Duo have definitely been my favourite concert here at the university and the opportunity to work alongside them is something I will remember forever.