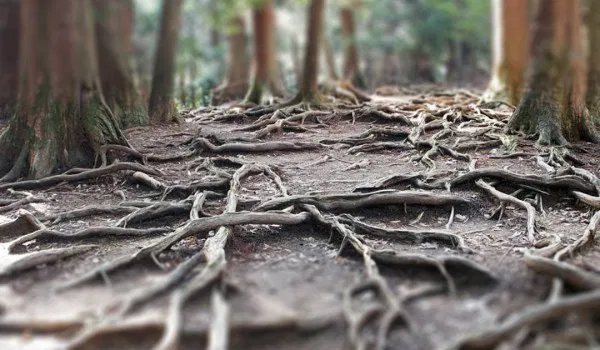 As part of our occasional guest series, a reflection on the arts in lockdown by Dr Francesca Bernardi, RSA Fellow and independent researcher into children’s rights, dis/abilities and the arts.

Sometimes people like to use the phrase ‘wearing different hats’ as an expression of versatility, in different contexts or in a single space that requires one to assume different guises to get through the day (at the very least). I suppose that might be a good way to start a brief introduction of my own different hats. I would describe my self as a children’s rights and dis/ability activist, but then feel I am neglecting the very medium of such activism: the arts, visual and performing.

In this time of crisis I have worn a new guise which has been with me always (unnoticed) and has positioned me in a place of vulnerability and, consequently, I am shielding. Responding to this heightened vulnerable self, has caused me to look at personal ideas, hopes and ambitions in a very different light. I have also been hit financially by the changing shape of academia and my potential role within that space. An added sense of displacement comes from my inability to return to Italy (my home) where I would like to continue my research with communities that are seldom heard, in research, the media and their own social spheres.

During lockdown a number of arts initiatives became more readily available through twitter as well as radio announcements. A great example from radio, is BBC Radio 4 and the BBC Orchestra co-produced music ensemble project, involving established musicians and members of the public. I engage with live streams produced by the Meet me at the Opera group, as well as cinematography events advertised and organised by the Italian Cultural Institute (ICI) in London, which due to my relocation to the north-west of England were a refreshing new way to be involved in cultural activities that I had previously attended whilst living in London.

Throughout lockdown, I have shared information and links to each of these projects amongst the network of disability rights campaigners with whom I research and publish, and for whom physical access to traditional performances and venues has been difficult in the recent past. These arts activities, during lockdown, offer an alternative entry point, a levelling of the ground in symbolic and societal terms, highlighting the benefits of virtual platforms as an overdue alternative to participate in experiencing live performances. This new possibility for participation has limited precedents in the live arts (I am referring – for example – to the live streaming of National Theatre productions to a selection of regional cinemas in the UK). Overall, this form of ‘virtual’ access to live and recorded arts in lockdown has produced a potential catalyst for a needed review of accessible participation, amplifying the recognition of diversity in audiences and in the anatomy of the performance space. As a visual artist and educator, I maintained my scheduled art sessions creating an online bridge, with two young people, adapting the participatory art making from my home location to theirs, with several benefits to children’s self-confidence and esteem, evoked by a sense of ownership of our meetings from within a familiar and established space. On Saturdays, I have enjoyed working to the art briefs set out by artist and comedian Noel Fielding in #NoelsArtClub, a virtual space for creativity and visual exchange. Whether participation is auditory or visual there is a collective recognition, across embodied spaces, of the benefits of propagating the arts through virtual means, reaching individuals in different places and conditions.

During the pandemic, my online activity (via Twitter, the only social media I engage with) has developed into a refracted but fruitful landscape, meeting dis/ability researchers and activists in closer proximity than previously thought possible, due to perceived hierarchies, our geographies and work schedules. A mixture of light comedy, grief, loss, joy and friendship has arisen during this time. While shielding made time feel static, much of my tasks were piling up undone, barely tackled, as much of my scholarly motivation and planning felt out of sync. Comments of similar complex drifts from focus were shared on Twitter exchanges with fellow academics, writers, artists and – yes – shielders. As several of our conversations evolved it became apparent that for reasons routed in financial, physical and geographic conditions, many shared a support for the arts but had – for some time – not been able to enjoy live performances in theatres and other built spaces. The discussions brought into focus the invisibility of a complex accessibility challenge, while this new forum, the internet in lockdown, opened a different door to the arts. Numerous conversations led to the disruptions to accessibility caused by difficulties around travelling safely to theatres, issues of mobility and public transport being common challenges; ticket costs and crowded lobbies also provoked uncertainty while, importantly, encompassing all of these feelings, the persistent notion of being excluded by a perceived (and often real) elite public that is associated with attending and accessing the live arts. The pandemic diffused these built and psychological barriers, routed in physical and symbolic spaces. Lockdown has enabled a form of shared equality, within scattered audiences and artists, mastered between the screen of a laptop or phone and the performance, replacing immobility with comfort, choice and access.

The University of Kent Music department’s Virtual Music Project (pictured above) which I’ve been following throughout lockdown, has offered an accessible and affective way to engage a diverse group of observers with a network of musicians situated in different spaces, places, in isolation. Individual acts and collective ones sewn together, musicians’ biographies and the diversity of students’ scholarly trajectories beyond and through music added value and texture to the performances made accessible online. This exploratory and diverse format, engaging the stories of dedicated individual musicians, as well as the quality of their musical interpretations, offered a potential engine for change, to reclaim accessibility and participation.

Feelings of uncertainty and humility around access were as strong as the emotions expressed in recalling the transformative energy of live performance. The network of musicians, each situated in their own lockdown space, brought enrichment to audience members that were equally scattered.

The discussions brought into focus the invisibility of a complex accessibility challenge, while the internet in lockdown opened a different door to the arts

Several contributions to Twitter feeds, but also phone conversations and other virtual exchanges, revealed the holistic contribution of each performance and the range available through various live streaming channels.

In light of my research, which places at its core the right to access creative opportunities and languages, irrespective of the bodies and spaces we inhabit, the virtual channels of lockdown appear to have engendered a new literacy of participation. However, an important consideration must be made alongside assessing, adjusting and embracing, the virtual landscape as an alternative route to participation, which is the availability of data capital in low-income homes (this may also be the case for homes in rural areas where connectivity can be limited). Emergent research will, I am sure, be considering mapping the availability of data capital for a range of communities with diverse demographic characteristics, and this will support a redesign of the performance-audience dialogue in its virtual form.

Communities of musicians, artists, performers, have found ways of opening a space for a cultural experience reaching our differently shaped homes and bodies. Lockdown offers an opportunity to democratise choice as well as access for individuals to participate in all of the mastery and vibrancy of live performances in spite of the physical spaces, in which these are situated, that are variously accessible.

Lockdown has imposed a rapid adaptation in support of maintaining a lifeline for the live arts, and I believe it is possible to look at this form of versatility with an added sense of criticality and urgency in propagating participation through different channels,both virtual and physical. It is an apt time to adequately recognise the value of these online accessible experiences; it is equally necessary and urgent to recognise the financial impositions of the health crisis on the institutions and organisations that support the performers, artisans and designers in the performance arts. The pandemic has put a strain on the industry but has also enabled participation not previously available to many.