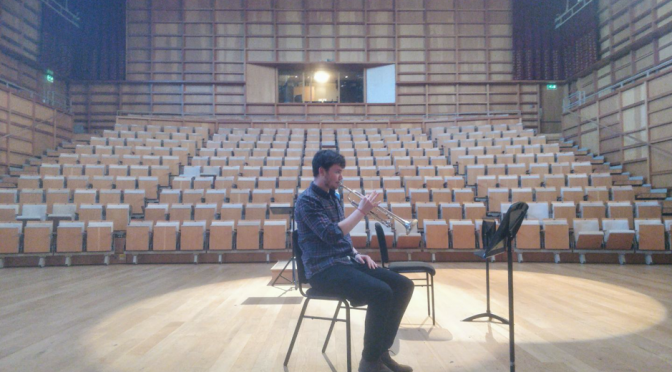 I began playing when I was very young, as both my father and grandfather are brass players. I started trumpet lessons in Year 2 and was in the school band by Year 3. At that point there were about 18 of us in it (with an extraordinarily heavy trumpet section… the word cacophonous springs to mind…) By the time I left the school in Year 13, however, the junior school band that I was helping run had about 45 kids in it, and the senior one also had around 40 players.
My school had an excellent music department, and I was hugely lucky to get the opportunity to perform with Black Dyke Mills Brass Band, the Royal Marines Band, The London Mozart Players (for a remembrance concert in which I provided a solo accompaniment to a massed choir; an incredible experience), London City Big Band, and Jason Robello and his Trio. 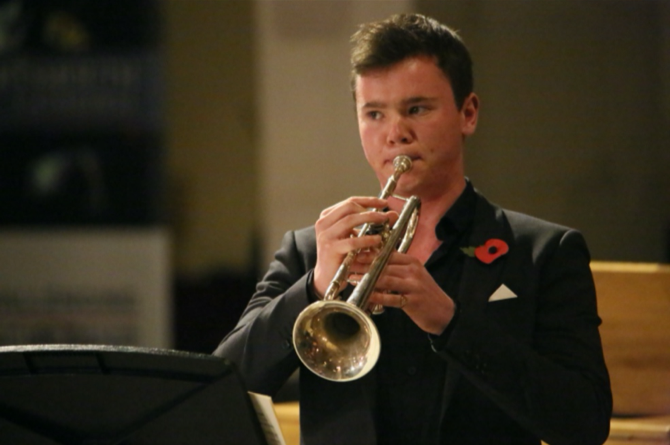 Although I predominantly play the Trumpet, I was the Soprano Cornet in my school brass band for the entirety of my time in secondary school and sixth form, which I enjoyed tremendously as the Soprano part tended to be a little more interesting than the solo cornet’s. 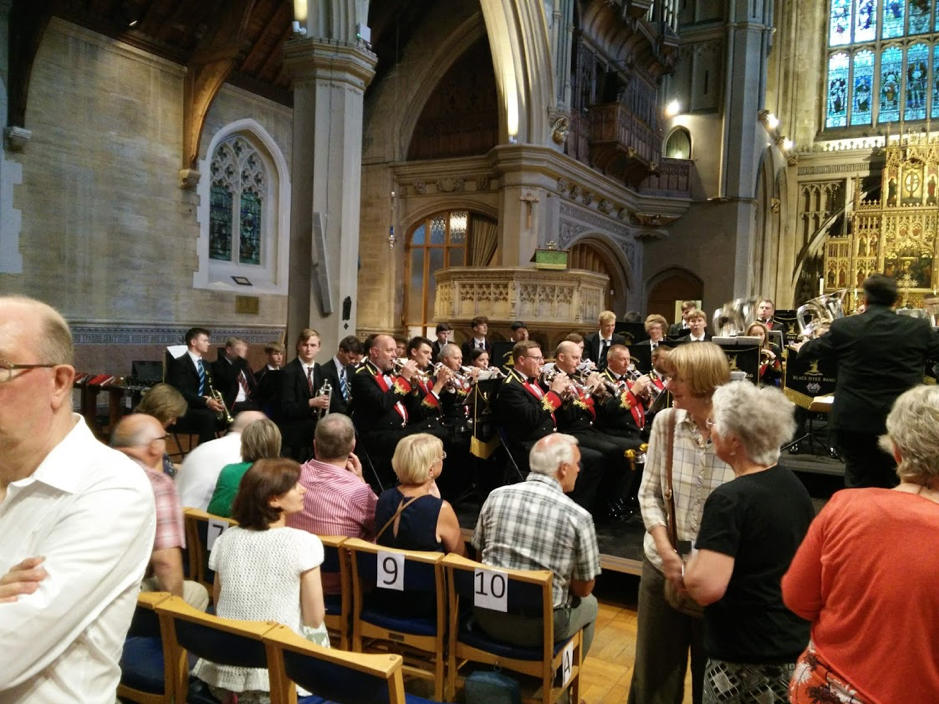 I have been extremely fortunate to have had the opportunity to go on tour with my school brass band several times, to Paris, Italy, Austria, Barcelona and Prague, all of which were awesome trips (especially as I had a good group of friends there too!)
From the age of 11, I have spent many an hour each Christmas carolling with Salvation Army musicians, often playing leading parts but also at times playing second or third melodies.

Since finishing school, I kept up my playing, albeit to a lesser extent, while working at a Prep School in my gap year. I was helping out in ensemble rehearsals, providing a little extra tuition for a few of the boys before their music exams, and also standing in (very suddenly and without much notice!) to accompany their end of year shows. Admittedly, a lot of this job consisted of chasing down boys who had forgotten to come and see me when we’d agreed on a break time – they were always, however, exceedingly apologetic. 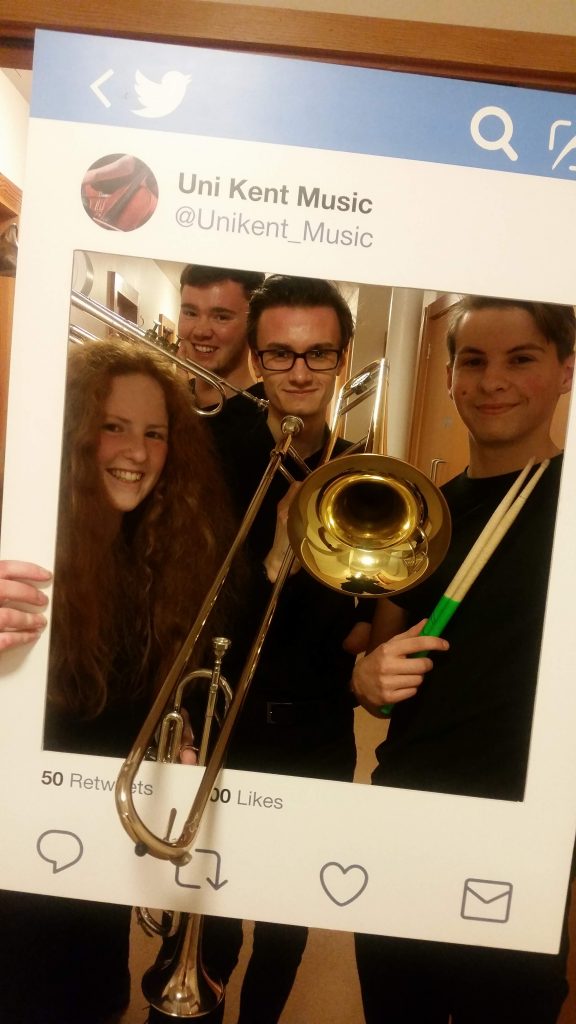 Since starting at the university, I’ve been involving myself in a number of groups: Symphony Orchestra; the Big Band; General Harding’s Tomfoolery (a 1940’s style swing band); the Concert Band; and at times dropping into a brass ensemble. Concert preparation was underway by Week Two, and before Christmas the Orchestra, Big Band and Tomfoolery group each had a concert – it was demonstrated to me quite how nice it is to perform in a space like the new(ish) concert hall. 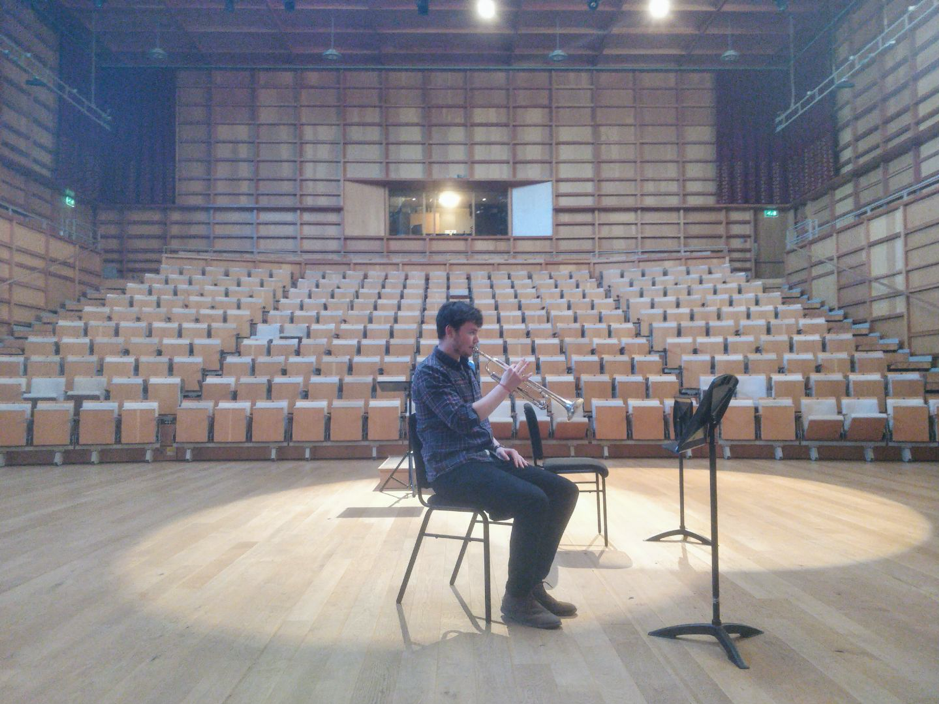 Coming up before then end of this term is an Orchestral concert in the Cathedral (we’re playing Saint-Saens’ Organ Symphony and Durufle’s Requiem – both massive pieces which will be awesome to play in such a venue), a joint Big Band-Concert Band concert in the Colyer-Ferguson hall, and a Tomfoolery lunchtime concert – with dancers! I will also be playing in a chamber orchestra children’s concert of Peter and the Wolf; which I rather hope they’ll be resurrecting David Bowie to narrate… 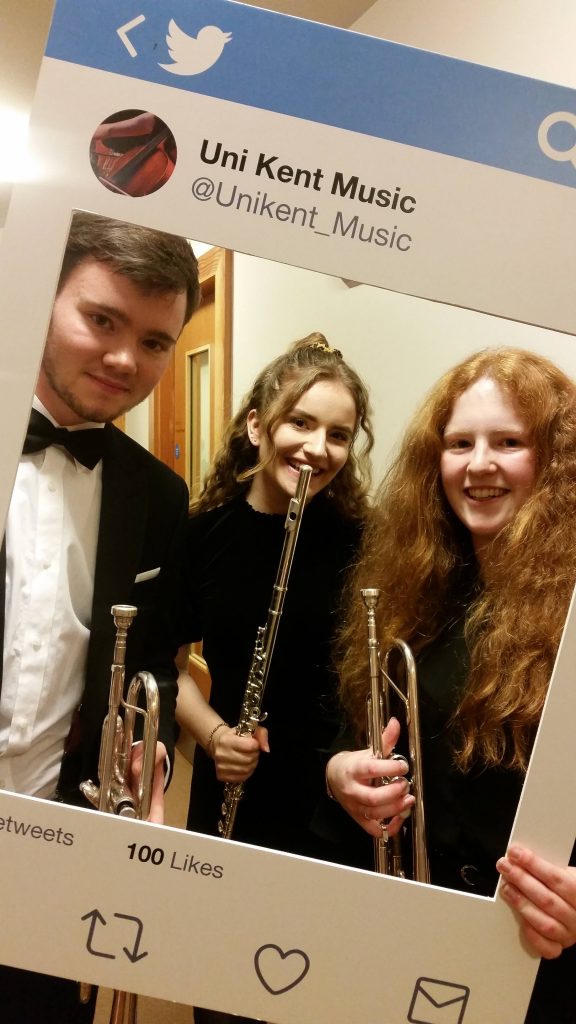