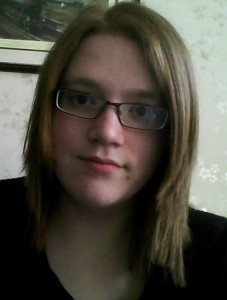 The first instrument I ever played was the recorder at the age of four at my Infants School, which was followed by the viola at age eight, the clarinet at age ten, the piano at eleven and the double bass at thirteen. The viola was always my favourite instrument, and at age nine I started attending Wellingborough Music and Performing Arts Centre every Saturday morning, playing in various groups until the afternoon.

I then started secondary school (Weavers School in Wellingborough) and joined the school orchestra, which I was a part of until it disbanded two years later. When I was eleven, I auditioned to be in a county group, and successfully became a member of the Northamptonshire County Training Strings, and that is really where it all started. The next year I became a member of the Training Orchestra and the String Sinfonia, until I moved up into the Northamptonshire County Youth Orchestra when I was fifteen and when I was seventeen I sat on the front desk. I also became part of a string quartet (the Rank in 4) and did paid gigs.

Since being at Kent I have been delighted to find a thriving orchestra, which I enjoy being a part of as well as the Camerata. I am also looking forward to rehearsing the string quartet that I have set up along with three other string players. There are lots of musical opportunities at Kent, the concert at the Cathedral was amazing and I’m looking forward to the new building that we will be based in next year.