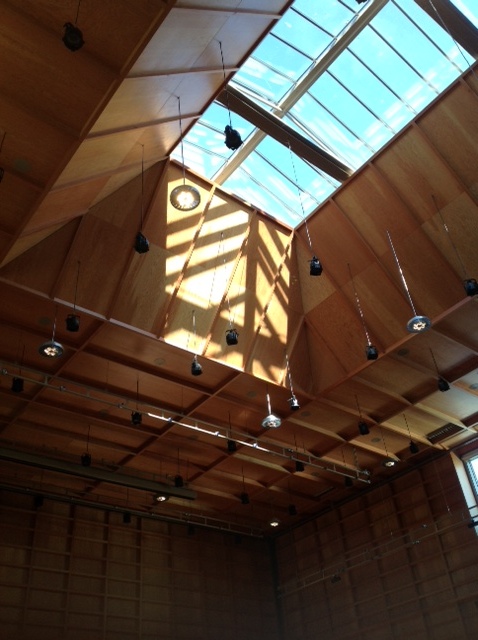 I’ve spent a very productive and exciting afternoon in the new concert-hall, exploring some new ideas for next year.

Without giving too much away, Mark (our new technician) and I have been finding ways to re-imagine, or redefine, the hall for a particular concert I’m planning – this afternoon we mocked up the event, played with lighting and multi-media, and 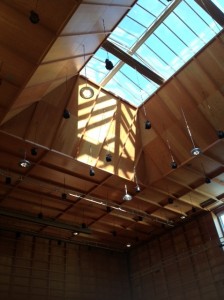 crafted a completely different space in the hall.

It feels almost as if we’re imposing, digitally, a new identity on the hall, re-purposing it both visually and acoustically using digital technology to make it feel very different to its customary incarnation. There’s some additional avenues to explore resulting from this afternoon’s efforts, which will enhance the effect further still.

We’re already very excited about the event – and the academic year hasn’t even begun! Watch this (re-imagined) space sometime in the spring…