This year, the Music department is delighted to welcome Erasmus student, Laura Osswald, here for two terms as part of her studies in the School of Psychology. Here, Laura reflects on what music means for her and getting involved in the musical life of the University. Music has always been a very important part of my life. I have been playing the recorder and the cello for 15 and 13 years respectively. In various orchestras and ensembles from Baroque to contemporary music, some of them international, I have experienced how music does not know any borders.

Making music together with others has always been a great pleasure for me – creating something amazing with people who share your passion is just wonderful. I started studying Psychology in Würzburg, Germany in April 2018 and since then I belong to the Academic Orchestra and a choir. I am very happy about that, not only because of the great music we make, but also because I have met so many nice people from different backgrounds, studying different subjects. Therefore, when I applied for Erasmus at the University of Kent, I was very glad to read about the Music Department with all its various possibilities.

During Welcome Week, I first got in touch with members of the Music Society and they were very friendly and welcoming from the start! In the following weeks, I joined the Symphony Orchestra and the Cecilian Choir, the String Sinfonia and the Pops Orchestra – I didn’t quite expect to be this involved with music at Kent, but I am more than happy about it and enjoy playing in these groups very much! In addition to the regular ensembles, there are some smaller formations for various occasions. Together with Jeni, a violist, I played a duet in the second Open Mic Night of the Music Society. Two weeks ago, I played in a concert in Calais with the University  Camerata which was a great experience and I feel very honoured that I was selected for this ensemble. The second concert in Kent for me was the Nostalgia Night with the Cecilian Choir. I am very excited for our next performance, the meditative Advent Breathing Space with Christmas carols and antiphons in a candlelit medieval church this Friday. Even though you cannot study music on the University’s Canterbury campus, the Music Department offers an amazing variety of opportunities for students who want to get involved. It feels like all the different musicians and ensembles are part of one big family. I am very grateful to be part of that family. 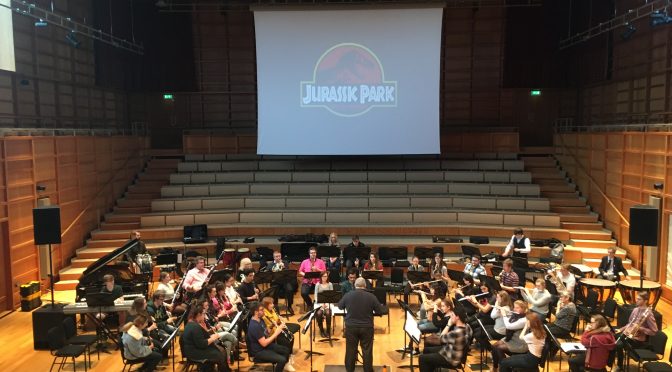 My musical journey began very early, aged four, with piano lessons at school. Although it would eventually become a secondary instrument later, I immensely enjoyed being able to learn and perform what were initially very complex pieces for such a small person. Looking back, it is easy to see that my love for the piano sparked my passion for music, with endless hours spent either hammering out scales or a wide variety of pieces. I vividly remember my eccentric piano teacher at the time handing me Bach’s ‘The Well-Tempered Clavier,’ telling me to take a look and play around with some of the pieces. Much of my early musical life was spent pursuing a solo venture, rather than any ensemble playing. The closest I got to playing with other musicians on the piano was performing in the Portsmouth Music Festival with my brother, who ironically is now a much better pianist than I ever was. As a biochemistry student here at Kent, I enjoy music as an extra-curricular activity as a way to stay in touch with my creative side between lectures and long periods of study. I take part in the University’s Concert Band (pictured in rehearsal, below) and Pops Orchestra but have also formed my own Brass Ensemble to continue to play the type of music that I played in the brass. I am very grateful to be the recipient of the Music Performance Scholarship, which has allowed me to purchase a new euphonium to use at University and continue to fuel my passion for music alongside my studies. 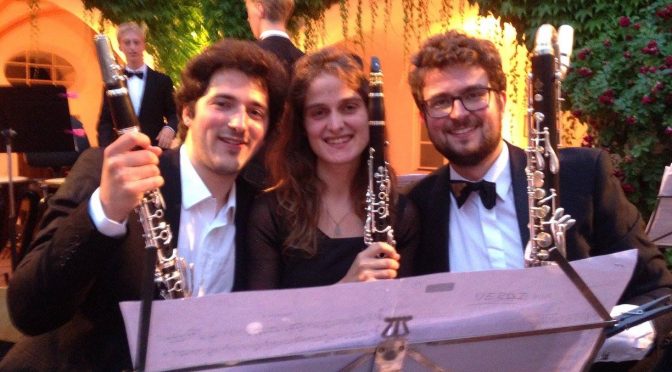