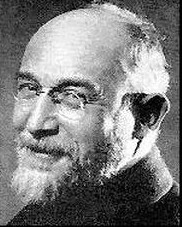 In 1917, amidst the latter stages of the horrors of the First World War, with the guns echoing over the disastrous offences in Ypres and Passchendaele, and the introduction of a new weapon by the British called the tank, Satie was writing his Sonatine bureaucratique.

Representing a return to the civilised values of the Classical period (and anticipating Stravinsky’s much-vaunted neo-Classical phase by three years), the piece also confronts those same values head-on and takes them apart. The work is full of forbidden ostinati, passages of needless repetition, and juxtaposed blocks of material in Cubist fashion. All these techniques serve to undermine a Classical sense of order and organic unity, where material is unified through a system of related keys and formal principles.

The piece parades a series of parodies and inversions of well-known Classical ideas, especially melodic material from Clementi’s piano sonata Op 36 no.1.

Yet, as listening to the piece proves, it’s all done with a sound Classical sensibility; texturally, Satie’s evocation of the Classical piano sonata is rooted firmly in the appropriate sound-world. But other rules have been overthrown: there are no formal development or recapitulation sections, the system of related keys has been usurped, and the Classical sense of never repeating an idea in exactly the same way is confounded by blatant, almost defiant, passages of repetition. Composed in  1917, at a time when the rest of the world had gone mad with wholesale slaughter and  mechanised forms of destruction,  Satie’s evocation of the Classical period is a reminiscence of, almost a hankering after, an old order where unity and structure prevailed; at the same time, his usurping of its principles reflects the breakdown of society and its values which was going on around him: despite its apparent jocular tone, the shadow of the Western Front is never far away.

A turn to neo-Classicism was on the cards musically for others: Stravinsky’s Pulcinella would not appear until 1920. Debussy’s re-appraisal of Classical principles in the very late set of instrumental sonatas, of which he only lived to complete three of a projected series of six, still had its foot firmly in the Impressionist world. Satie’s neo-Classical sonatina represented a much more deliberate assessment of Classicism’s sound as well as its forms. Of course, he had already taken on Mozart (and won) in his Tyroliene Turque written four years before, parodying Mozart’s famous Rondo alla turca. But his appraisal and ensuing dissection of Classicism is much more involved in the Sonatine bureaucratique; it may be poking fun at Clementi in a similar fashion to his earlier ribbing of Mozart, but this is much more serious. It’s not just about Clementi, it’s about the very essence of Classical values at a time when values seemed to be disappearing everywhere else.

Eat your heart out, neo-Classical Stravinsky: Satie got there first.