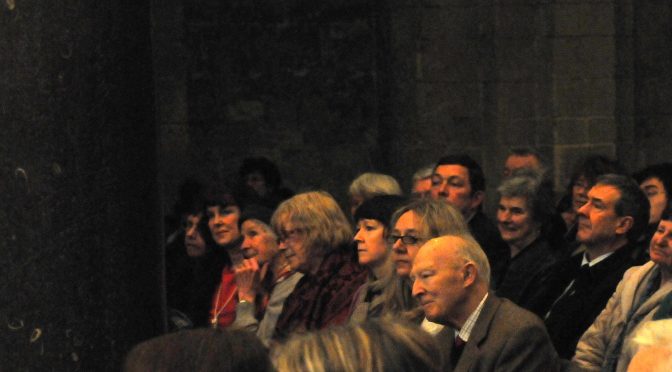 A lovely occasion this morning, which saw the dedication of the memorial bench to the late David Humphreys, a wonderful supporter of music-making at the University, and whose legacy continues to support the University Chamber Choir’s annual concert in the Crypt of Canterbury Cathedral.

The bench, which overlooks the historic Cathedral city from the hill between Eliot and Rutherford Colleges, commands perhaps the finest view of Canterbury, and was a favourite spot of David’s. Members of his family were present at the occasion, at which some of this year’s Chamber Choir sang Tallis’ If Ye Love Me, one of David’s favourite choral works. 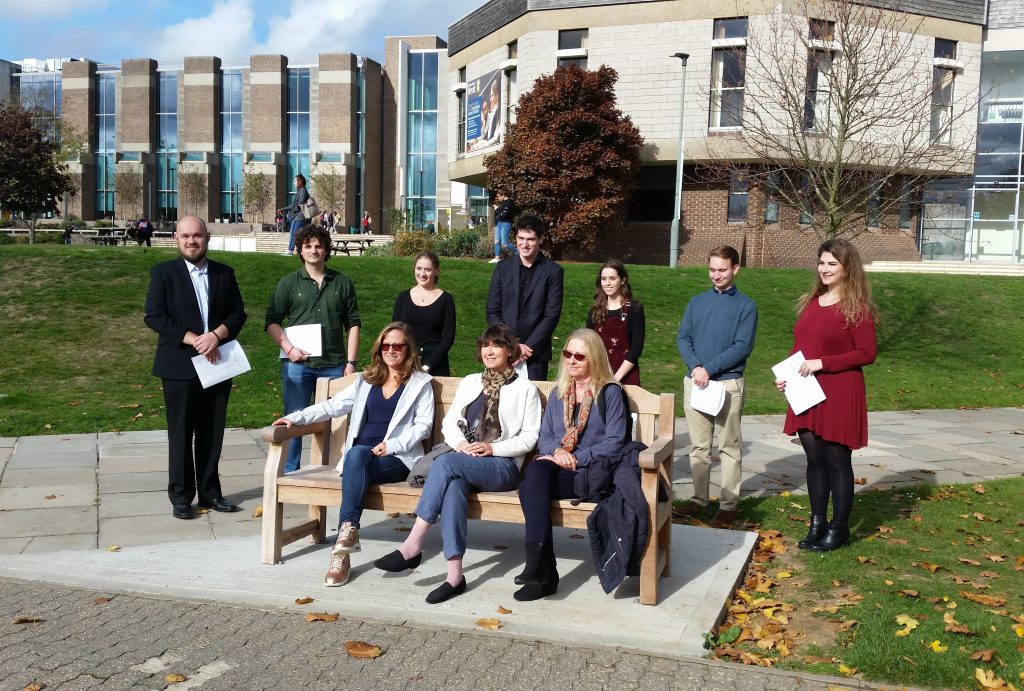 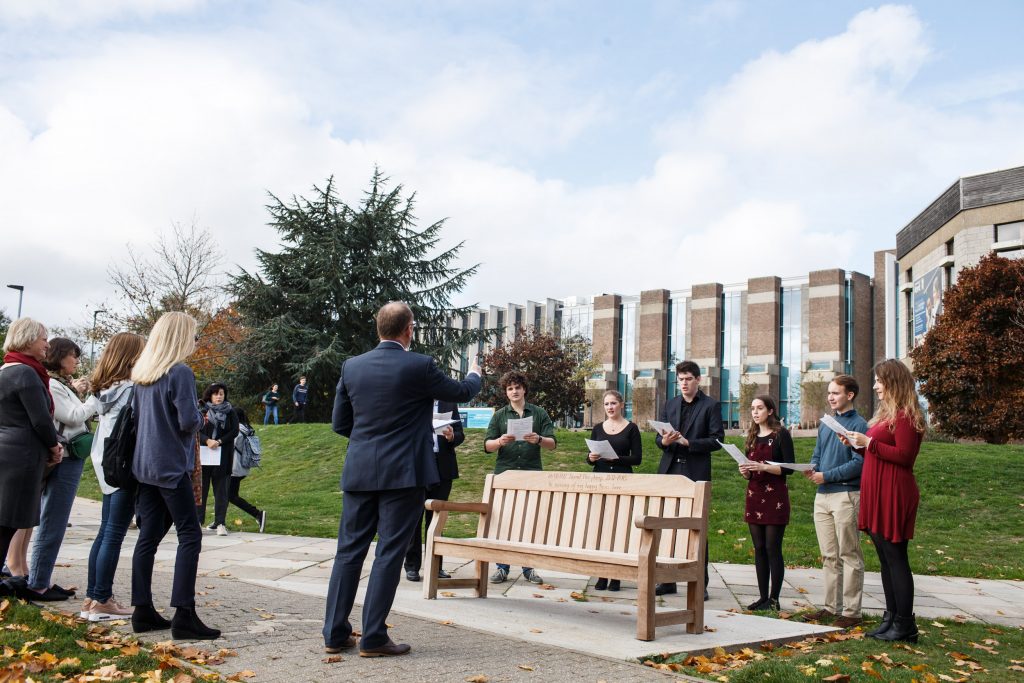 Our continued thanks to David and his family for their terrific support, which provides a wonderful experience for members of the Choir each generation.

It was with sadness we heard the news over Christmas that David Humphreys had passed away at the age of ninety-three, and yesterday we attended David’s memorial service in Barham, a chance to reflect on a remarkable life and career lived to the full.

David was a terrific supporter of music at the University of Kent, having come to the University to read History after retiring from a career as a lawyer; choral singing was very much a part of David’s life, and he sang with the University Chorus as well as other choirs around Kent and in London. As a benefactor, his generous support gave countless students in the Chamber Choir the opportunity to perform in the historic and sonorous surroudings of Canterbury Cathedral Crypt each year, in a memorial concert for David’s wife, Julia. Always a vibrant presence, he would regularly find himself enthusiaistically drawn in to the group photographs taken at the end of each concert, which gave him the opportunity to meet the choir, to talk with them, something that David, always a ‘people-person,’ did with clear relish and much enjoyment. In 2012, the Crypt concert was a special celebration of David’s ninetieth birthday.

This year’s Crypt concert falls on the occasion of what would have been David’s ninety-fourth birthday, and this year’s choir, Minerva Voices, will, fittingly, be giving a performance of Vivaldi’s joyous and celebratory Gloria, in a concert which will be dedicated to both David and to Julia. A tremendous character, an enthusiastic supporter of the musical life of the University, and a great friend; he will be much missed.