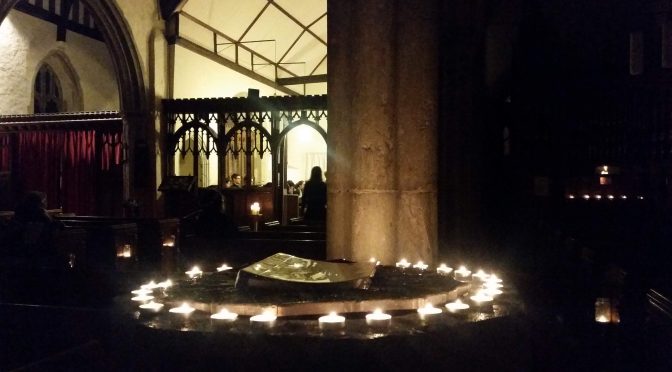 Congratulations to the Chamber Choir, which participated in an unusual event last Friday at St Michael’s Church, Hernhill. During the winter months, the church offers the opportunity to escape the pace of the Digital Age, and sit for an hour in a fifteenth-century venue by candlelight, listening to a sequence of music and silence as a means of creating a calm, meditative space in which to reflect and relax. The Chamber Choir performed an evocative combination of choral music and silence by candlelight,  creating a meditative space rich in contrasting colours. The church bell striking eight o’clock during a moment of silence partway through was especially atmospheric, matched by the sighing of the wind in the roof, the creaking of the ancient timbers and the guttering candle-flames dancing in the draughty dark. A magical experience for an appreciative congregation; the Choir is talking about doing the event again, so watch this (meditative) space…