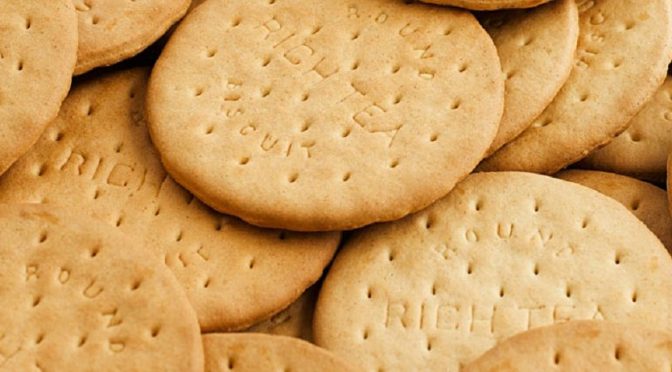 In the current climate, working from home has become the new norm. As part of an ongoing evaluation of new protocols, procedures and working practices, the Deputy Director of Music undertakes a rigorous assessment of one of the perils of working from home: lunchtime and the Lure of the Biscuit Cupboard.

The trouble with working from home is LUNCH.

On a normal working day, about five minutes before I need to leave the house, I’ll usually suddenly remember that I haven’t made my lunch, so I’ll scrabble around at the back of the cupboard for two or three slices of bread that fell down behind everything else some weeks ago, and which, since they aren’t developing sentient life or movable limbs, can still be classified as edible. I then hurl open the fridge door and look for something that can instantly be cast between the bread-slices to form a sandwich – sliced ham, grated cheese, a rack of lamb or something. Mindful of the need to maintain a balanced and healthy diet, I’ll grab a piece of fruit from a bowl on the window-sill, looking for the one in the least state of advanced putrefaction, and wash it under the tap; if it stays more or less in one piece without falling apart, it’s also classified as edible. Off to work.

Now, working from home provides a Whole New Minefield. I’m no longer limited to what I’ve brought into work with me, and suddenly the kitchen because a vast, seductive Ocean of Possibilities. So, yesterday, for example, I cast open the cupboard door and found a panini, which I subjected to the usual scrutiny and found it was indeed edible. Throwing wide the fridge door, I could take time actually to peruse the contents of the fridge and to start creating something relatively toothsome. Out came the jar of olives; I unearthed a block of mature Cheddar, rather than the usual child’s play-brick of plastic cheese. And lo – I beheld some paté! And relish! I therefore had time leisurely to construct a positive banquet of sustenance, resulting in a panini of such glorious magnitude that I had to eat it off the back of a lorry that needed to drive backwards into the kitchen – ‘This sandwich is REVERSING.’

And then, as it was still technically lunchtime and therefore mercifully free of any conscience-harrowing connotations of ‘snack,’ I attacked the biscuit cupboard with a feverish voracity that would have shocked anyone had they seen me. I fell foul of that awful moment where you open a packet of biscuits and then can’t fit them into the tin (the need to preserve foodstuffs during lockdown means I’ve become quite adept at finding Tupperware containers and tins to store opened food), and so say to yourself ‘Well, I’ll just have another one, so the packet will be able to fit into the tin,’ which OF COURSE means that any biscuit consumed under such a situation is obviously calorie-free. Imagine my surprise when I found the packet STILL didn’t fit, and I was required to eat MORE biscuits.

Well, Reader, let me tell you – the packet fits now, although admittedly into a much smaller container that I’d originally planned…

And afterwards, as I passed the fruit-bowl with its various offerings in differing states of dissolution, I was FAR TOO SATED to need to eat anything else.

Beware, Gentle Reader: lunchtime when working at home is fraught with danger. Resist the beguilement of the biscuit-cupboard: resist…

One thought on “The Danger of Working From Home: the Lure of the Biscuit Cupboard”