Former Music Performance Scholar and singer, Livy Potter, has truly caught the Acting Bug since graduating from Kent in 2015 studying History, and next week appears in a production of CS Lewis’ classic The Lion, The Witch and The Wardrobe at Ilkley Playhouse. I asked her to reflect on the rehearsal process and the challenges involved before curtain up next Wednesday…

There comes a point during the rehearsal process, whether it be for a concert or play, where things seem to inexplicably come together, as if some higher power has snapped his/her fingers and declared ‘This shall work’. For the production I’m currently involved in, a stage adaptation of the ever magical The Lion, the Witch and the Wardrobe, this moment occurred three rehearsals ago, which was a relief because we have just over a week left before our ten day run begins.

The play is being staged in the Wharfside Theatre at Ilkley Playhouse, a thriving community arts hub in the idyllic Yorkshire spa town of Ilkley. Its yearly season offers eight main-house and two studio productions, and it also plays host to community arts events such as the Ilkley Film Society and the Ilkley Literature Festival throughout the year.

The adaption of CS Lewis’ classic tale we are using was written by the late poet and playwright Adrian Mitchell for the RSC’s 1998 season. It’s filled with catchy songs and lots of magic moments that, we hope, will help spread the Christmas spirit during this festive season.

Our Director, the ever enthusiastic and patient Damien O’Keeffe, has not set himself an easy task with this production. Two teams of the Playhouse’s youth theatre group pupils (20 young people in total) will alternate performances throughout the run, supported by a small group of adult actors. 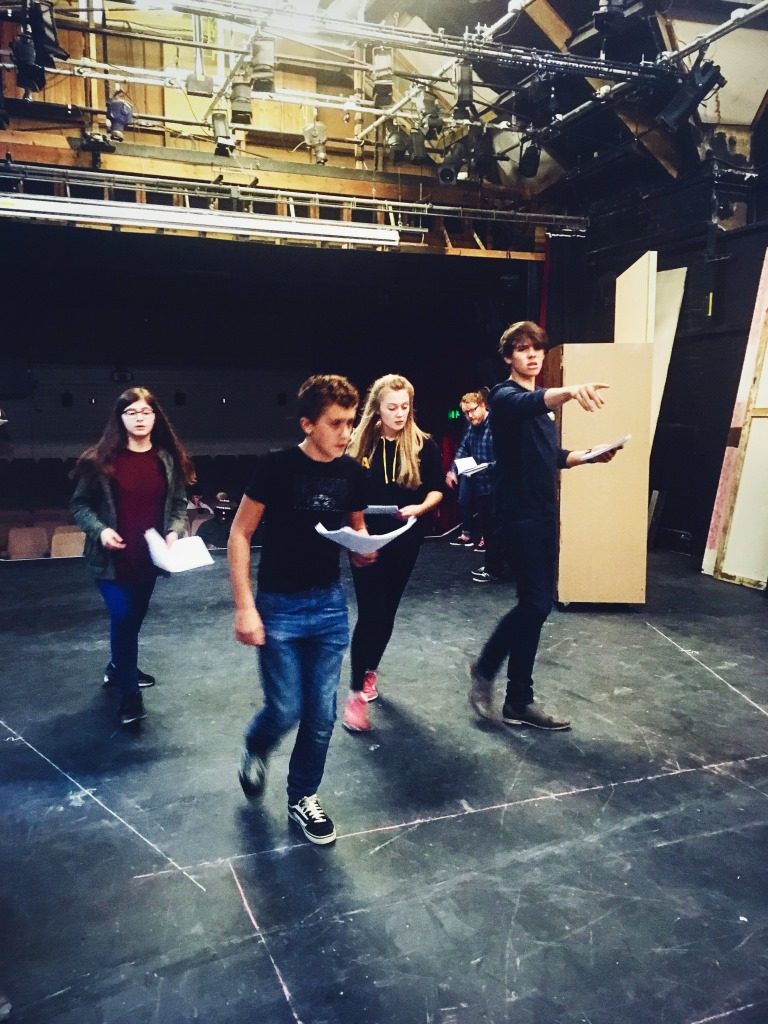 However, all the cast has risen to the challenge wonderfully and embraced the creative chaos that has been our rehearsal period, which has been an absolute joy and a truly collaborative effort from everyone; all suggestions and ideas have been encouraged and valued. Our Aslan, Faz Singhateh (now renamed Fazlan for obvious reasons), has a mighty impressive roar that actually made me jump when I heard it the first time, and the large ensemble do a fantastic job of playing multiple magical creatures, going from centaurs to hags (what even is a hag?!) in the space of one scene. 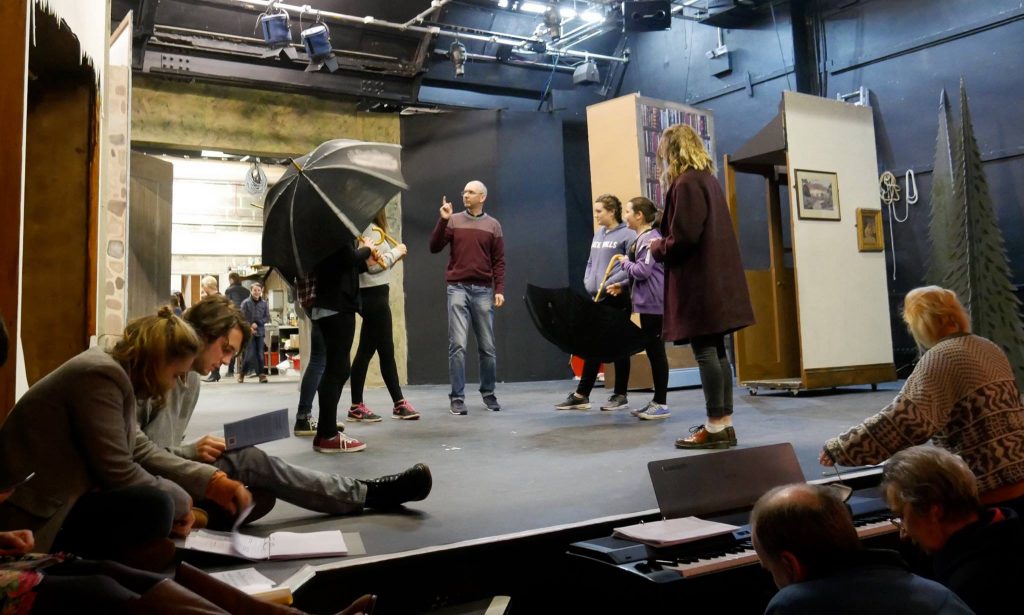 I play one of four narrators – we are on stage almost continuously, watching the action from a distance, keeping the story moving, and maneuvering large wheeled set pieces by means of ‘actor power’, as Damien often refers to it.

I made my debut at Ilkley in July, after auditioning on a whim for a small part in their summer musical Betty Blue Eyes and loving every minute of it. Before this, I had done very little acting but, after obtaining a singing scholarship whilst at the University of Kent and receiving an incredible amount of support and encouragement to expand my creative repertoire during my time there, I graduated with a desire to push myself and try my hand at some acting. When I was offered a part in The Lion, the Witch and the Wardrobe, I said yes without any hesitation. It appears that I have truly caught the acting bug and will be back on the Wharfside stage again in March playing Benvolio in Romeo and Juliet, a prospect I find both exciting and terrifying!

Catch Livy and the crew in The Lion, the Witch and the Wardrobe from 7-17 December at Ilkley Playhouse. Tickets can be purchased from the Playhouse website here.