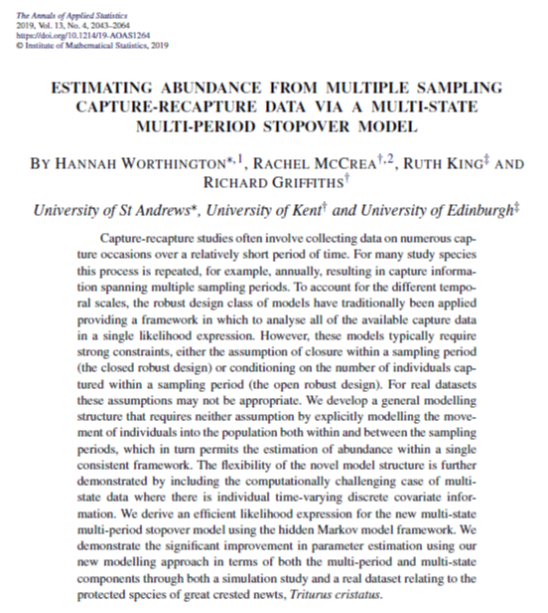 Rachel McCrea, Richard Griffiths (DICE) and collaborators at the Universities of St Andrews and Edinburgh have had a paper published in Annals of Applied Statistics.

The paper can be accessed here.

Capture-recapture studies often involve collecting data on numerous capture occasions over a relatively short period of time. For many study species this process is repeated, for example, annually, resulting in capture information spanning multiple sampling periods. To account for the different temporal scales, the robust design class of models have traditionally been applied providing a framework in which to analyse all of the available capture data in a single likelihood expression. However, these models typically require strong constraints, either the assumption of closure within a sampling period (the closed robust design) or conditioning on the number of individuals captured within a sampling period (the open robust design). For real datasets these assumptions may not be appropriate. We develop a general modelling structure that requires neither assumption by explicitly modelling the movement of individuals into the population both within and between the sampling periods, which in turn permits the estimation of abundance within a single consistent framework. The flexibility of the novel model structure is further demonstrated by including the computationally challenging case of multi-state data where there is individual time-varying discrete covariate information. We derive an efficient likelihood expression for the new multi-state multi-period stopover model using the hidden Markov model framework. We demonstrate the significant improvement in parameter estimation using our new modelling approach in terms of both the multi-period and multi-state components through both a simulation study and a real dataset relating to the protected species of great crested newts, Triturus cristatus. 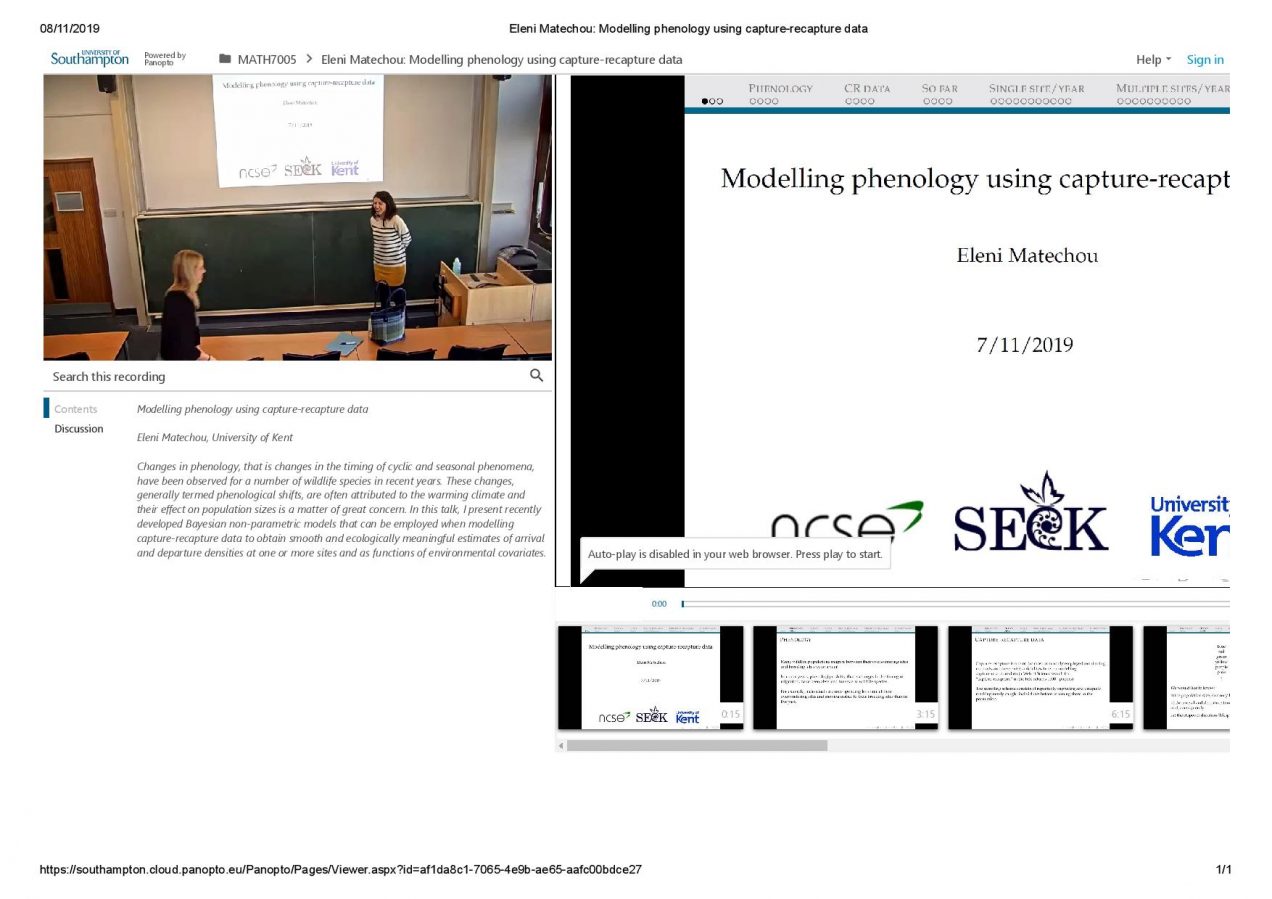 Eleni presented some of her joint work with colleagues from Oxford, UCL and Kent on modelling phenology using a Bayesian non-parametric approach for capture-recapture data.

The seminar was streamed live and the video is available here