Congratulations to Emily Dennis who received an “Honourable Mention” from the judges of the 2017 Young Biometrician’s Award, jointly run by the British & Irish Region of the International Biometric Society and the Fisher Memorial Trust. This was for her contribution to the 2016 Biometrics paper “A generalised abundance index for seasonal invertebrates”, which was written whist at the University of Kent.

The panel comprised Professor R A Bailey, on behalf of the Fisher Memorial Trust, Dr G Hepworth from the University of Melbourne as international judge and Professor S G Thompson representing the British & Irish Region.

Congratulations to Anita Jeyam for passing her PhD viva with minor corrections. Her thesis is on New Diagnostic Tools for Capture-Recapture Models.

Congratulations to Natoya Jourdain for passing her PhD.

Density estimation of terrestrial mammals has become increasingly important in ecology, and robust analytical tools are required to provide results that will guide wildlife management. This thesis concerns modelling encounters between unmarked animals and camera traps for density estimation. We explore Rowcliffe et al. (2008) Random Encounter Model (REM) developed for estimating density of species that cannot be identied to the individual level from camera trap data. We demonstrate how REM can be used within a maximum likelihood framework to estimate density of unmarked animals, motivated by the analysis of a data set from Whipsnade Wild Animal Park (WWAP), Bedfordshire, south England. The remainder of the thesis focuses on developing and evaluating extended Random Encounter Models, which describe the data in an integrated population modelling framework. We present a variety of approaches for modelling population abundance in an integrated Random Encounter Model (iREM), where complicating features are the variation in the encounters and animal species. An iREM is a more exible and robust parametric model compared with a nonparametric REM, which produces novel and meaningful parameters relating to density, accounting for the sampling variability in the parameters required for density estimation. The iREM model we propose can describe how abundance changes with diverse factors such as habitat type and climatic conditions. We develop models to account for induced-bias in the density  from faster moving animals, which are more likely to encounter camera traps, and address the independence assumption in integrated population models. The models we propose consider a functional relationship between a camera index and animal density and represent a step forward with respect to the current simplistic modeling approaches for abundance estimation of unmarked animals from camera trap data. We illustrate the application of the models proposed to a community of terrestrial mammals from a tropical moist forest at Barro Colorado Island (BCI), Panama. 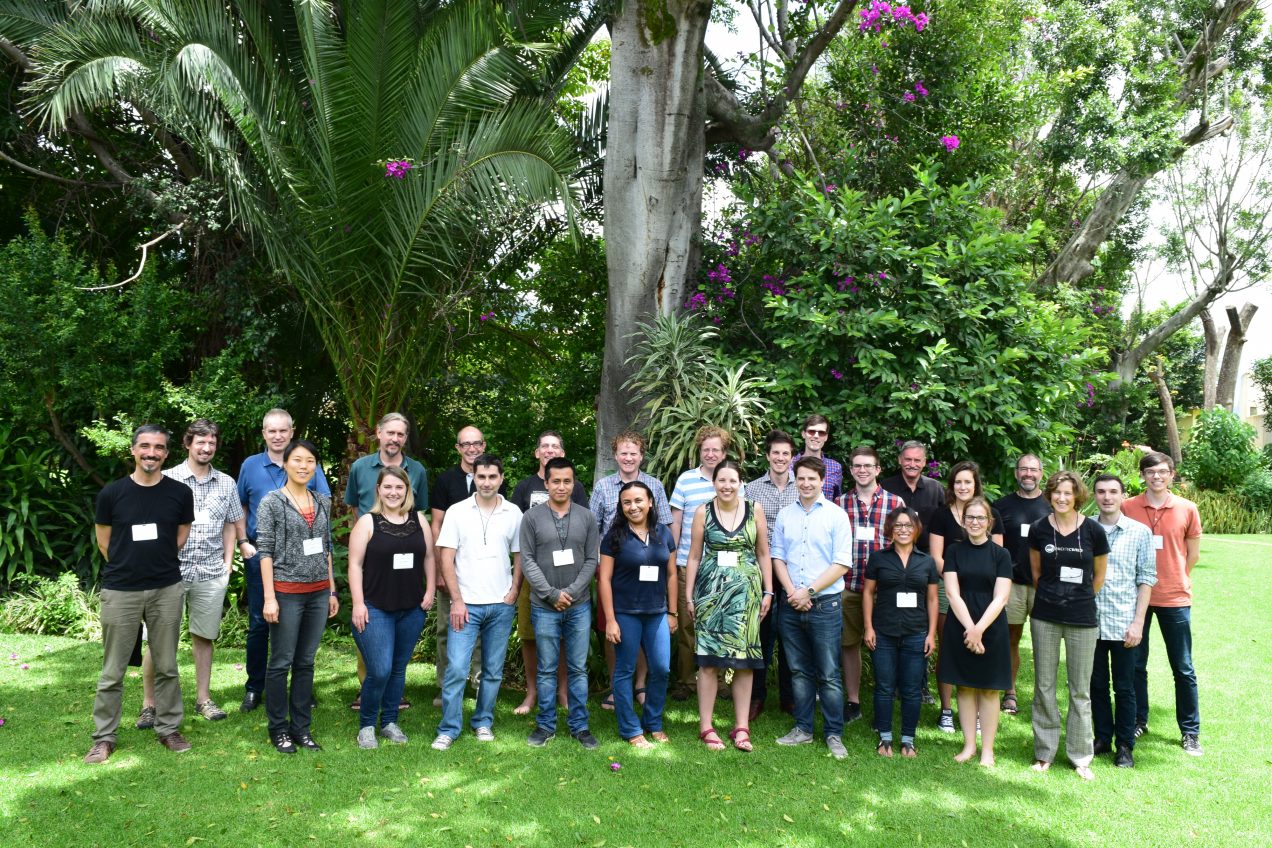 The recording of the workshop session is available at