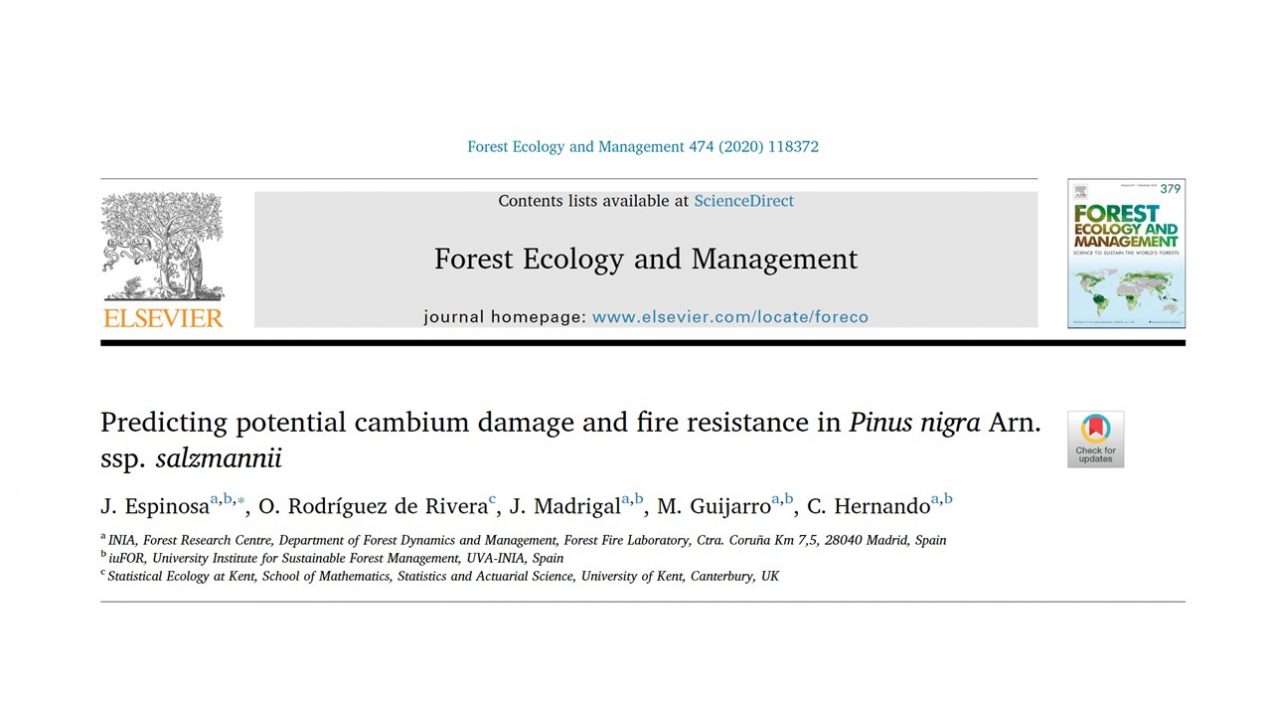 Fire management can play a key role in ensuring stand maintenance in future scenarios of global change, particularly in Pinus nigra stands, which are known to be adapted to low-intensity surface fires through characteristics such as thick bark. In this study, laboratory tests were carried out to quantify cambium damage and fire resistance in P. nigra, by using a mass loss colorimeter device in a vertical configuration for the first time. In addition, low-intensity prescribed burning treatments were conducted in the field, and the field and laboratory data were compared. The following variables were used as proxy measures to assess cambium damage: time that temperature remained above 60 °C, heating rate and maximum absolute temperature in the inner bark area. The data were analysed using a Bayesian hierarchical approach (generalized linear mixed model). A threshold heat flux (25 kW m-2) for the time to ignition of bark was identified. A critical temperature of 60 °C was reached in the cambium during the combustion phase, after the flame was extinguished. The laboratory experiments showed, for the first time, the influence of flame residence time on the potential cambium damage. A bark thickness of 17 mm can be considered the threshold level for preventing critical temperatures being reached in Pinus nigra stands. The influence of bark thickness on protection against fire was confirmed, as was the importance of the coefficient of variation of bark thickness. The field results showed that flame characteristics (maximum temperature and residence time) were the most significant predictors of cambium damage. The combination of fire intensity and exposure time at low heat fluxes is more important than bark in determining cambium damage and may have important implications in the field of forest fuel management and in the ecology of pine forests.

Rachel was co-chair of the scientific committee.