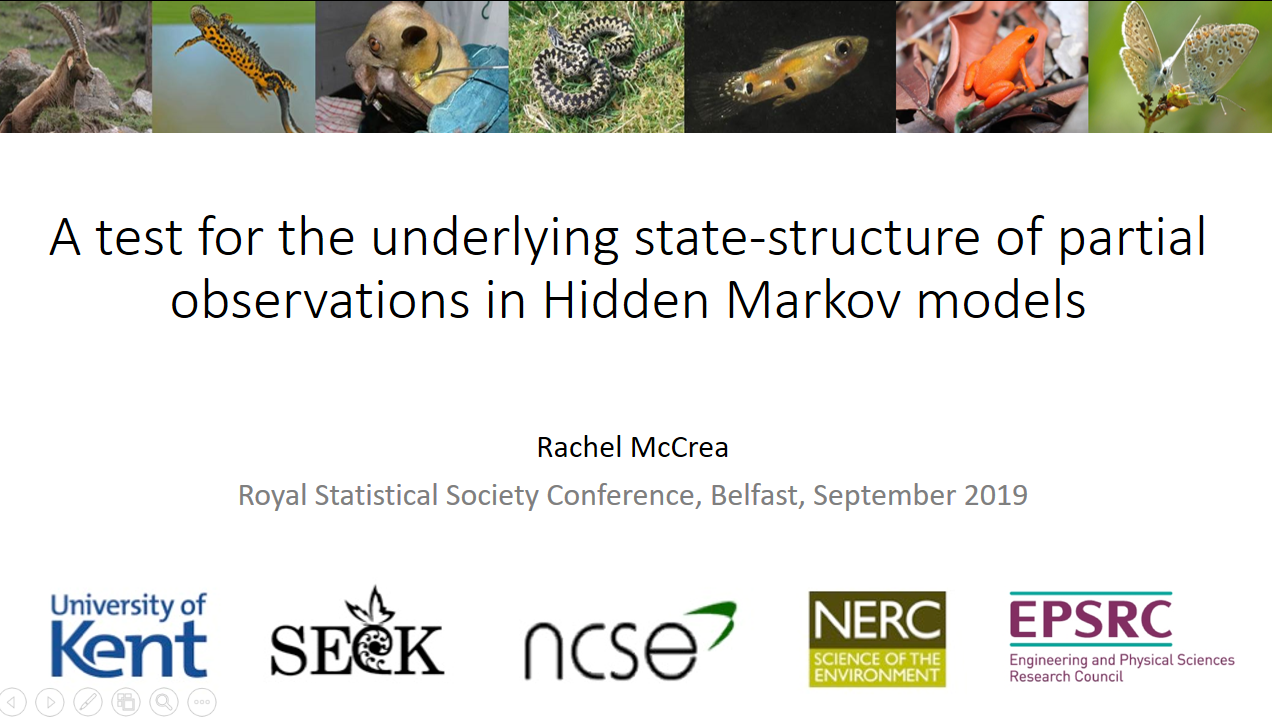 Rachel McCrea presented her work at an invited session at the annual Royal Statistical Society conference held in Belfast earlier this month.  She spoke in a session on Applications of Hidden Markov Models in Ecology.

Hidden Markov models are prominent in current ecological statistics literature due to being a flexible means by which to describe many existing ecological models.  Multievent capture-recapture models are widely used for modelling observations that are assigned to states with uncertainty and are a type of Hidden Markov model where underlying states are observable.  We focus on the special case of partial observations, where some animals are observed but it is not possible to ascertain their state, whilst the other animals’ states are assigned without error. We propose a mixture test of the underlying state structure generating the partial observations, which assesses whether they are compatible with the set of states directly observed in the capture-recapture experiment.We confirmed the theoretical properties of the test using simulation; the test also worked well on a dataset of Canada Geese, Branta canadensis, in which we artificially created partial observations, indicating good results for real-life applications.