It was with great sadness that the Department of Classical & Archaeological Studies learned of the death of Dr Arthur Keaveney, our dear friend and colleague for many years, who passed away on Tuesday 23 June after a short illness. 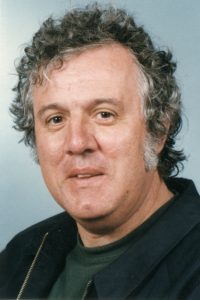 Arthur began his teaching and research career at the University of Kent in 1979, developing a distinguished reputation as an Ancient Historian. He was an immensely popular teacher and published frequently, this interest covering wide themes in the history of the Classical World and extending as far as Elizabethan political thought. He retired as Reader in Ancient History in 2014 but remained fully committed to promoting his subject, and primarily assisting and enthusing students and all these who came to share in the fascination of exploring the ancient past.

‘Arthur was a cornerstone of our teaching in Ancient History for many years. His style of delivery and guidance was invariably popular with our student cohorts year on year. He had a rich hinterland of interests, with stories and anecdotes to accompany his observations on the human condition. There was something of the old-style political Radical to him. Well-travelled, often to less commonly visited locations, I recall that at the end of three terms of very full teaching and marking, culminating in long Exams Board meetings, he delighted in the prospect of his imminent departure on a Caribbean holiday: to Cuba’.