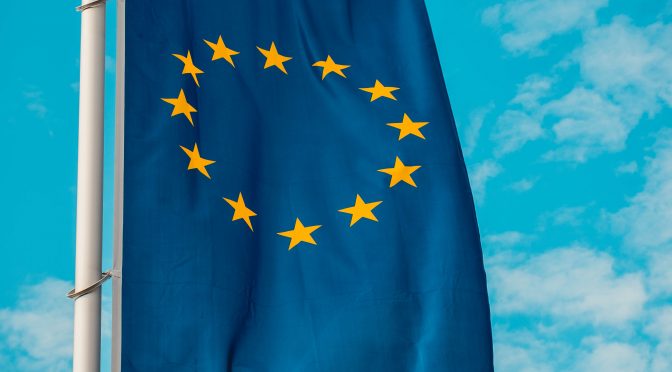 Would you like to find out more about the dynamic working environment of the European Parliament? Do you want to take part in important political negotiations and explore every activities of MEP?

Your main tasks will include mainly following relevant parliamentary committees, back office support for MEP and his team, communication with stakeholders, public and media.

The internship is paid and can be possibly followed by a full-time contract.

Your CV and motivation letter should be sent to sabina.vanderlande@europarl.europa.eu  until 26th June 2020. Please do not forget to mention why are you particularly interested in working in our office and what are you expecting from the traineeship.

PolIR, EUROSOC, the Global Europe Centre and CAS are organising a trip to Brussels, taking place on 13th – 15th March. This will include a guided tour of the European Parliament, other Brussels-based institutions, museums and the wonderful city settings.

The estimated price of the trip is £120 and includes a return bus from Canterbury and 2 nights in a central Brussels hotel with breakfast. 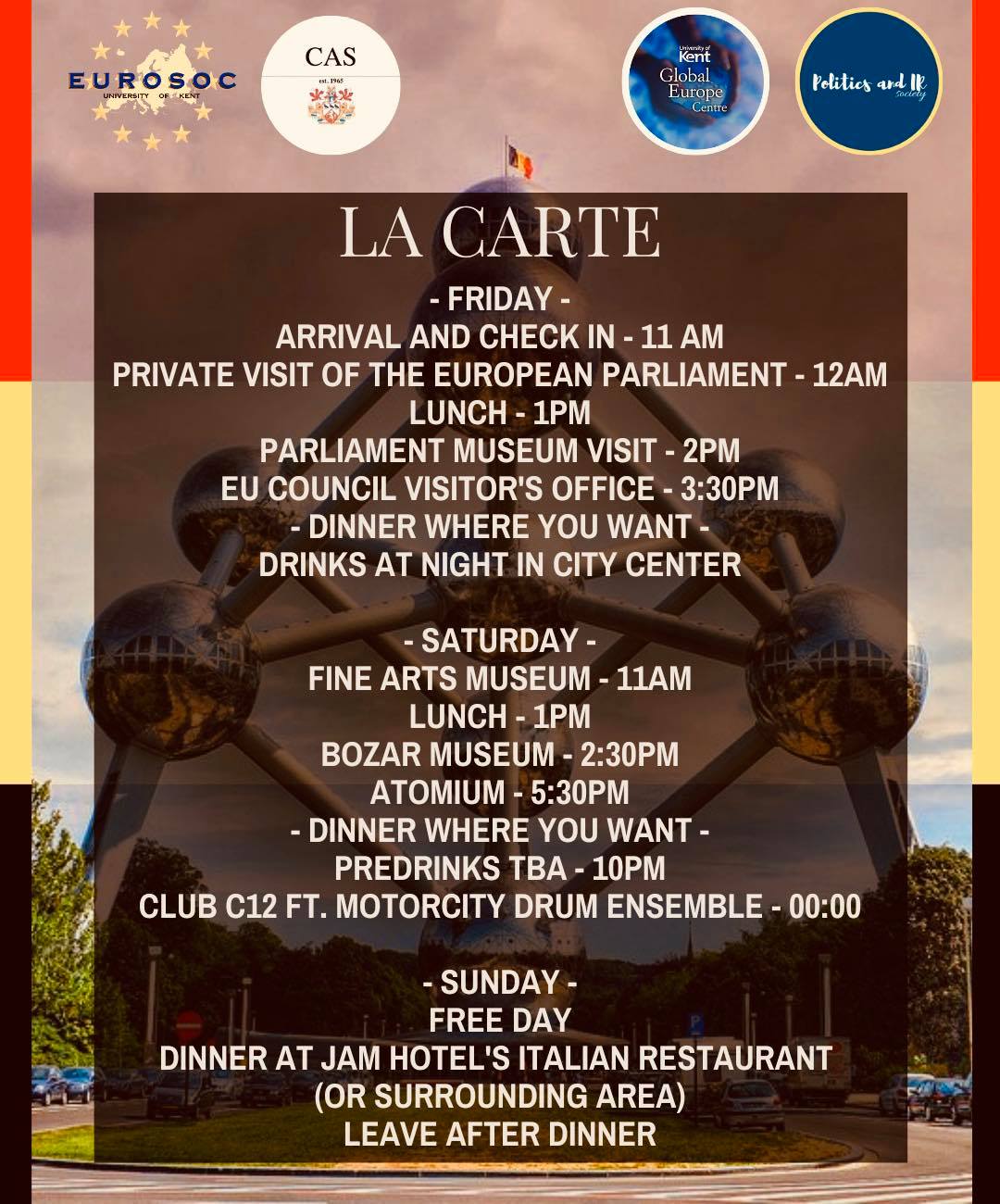 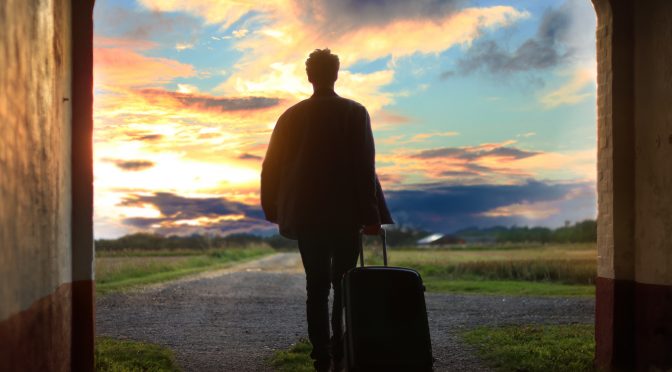 Internships, graduate schemes and fellowships across different sectors and levels of experience.

The latest roles in Europe, The Americas, Africa, Asia and Australia, to give you a global overview of the current opportunities in the international sector.

Policy and Public Affairs Intern at CDP. Based in Berlin, Germany. Apply here asap (applications accepted on a rolling basis).

Programme Support Assistant at the Council of Europe. Based in Budapest, Hungary. Apply here  by 10th December 2019.

Livelihood and Food Security Assistant at the Norwegian Refugee Council (NRC). Based in Bamenda, Cameroon. Apply here by 6th December 2019.

Environment Affairs Intern at the United Nations Economic Commission for Latin America and the Caribbean (ECLAC). Based in Mexico City, Mexico. Apply here  by 24th December 2019. 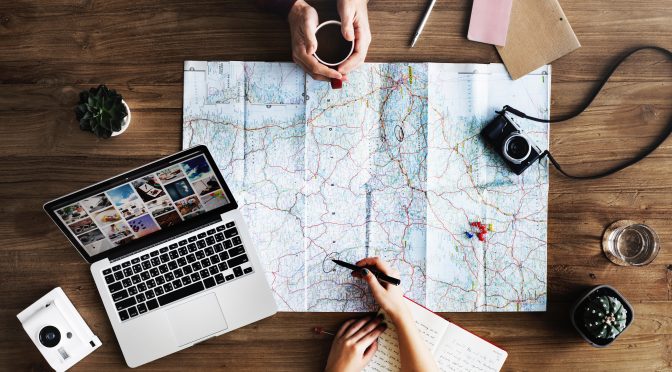 We are delighted to invite you to apply for this year’s Global Officers Leadership Development (GOLD) Programme.  The programme is a co-curricular venture, designed to fit around your academic studies.  It provides a framework of activities for globally-minded undergraduate students at Kent to develop their leadership skills, global citizenship and cultural awareness.

There are 5 components which can be completed throughout the academic year.  Benefits include: 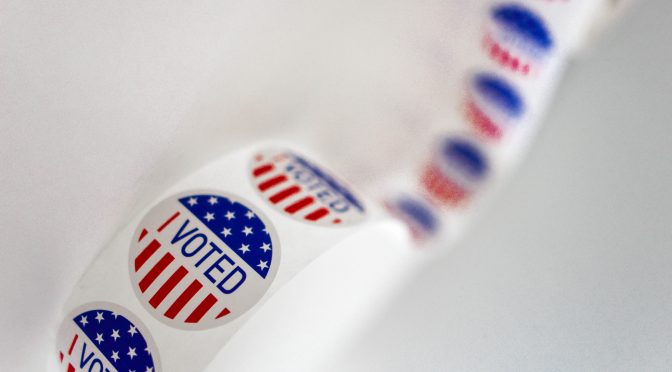 Between July 2019 and November 2020, Politrip are hosting three once-in-a-lifetime trips during the 2020 US Presidential campaign. We’ll be following the race all the way from the start of the Democratic Primary in Iowa, to the victory speech of the next US President. We have opportunities available in 11 states including Florida, Virginia, Pennsylvania, California and more! After a successful launch in February 2019, places are now full for our July 2019 trip to Des Moines, Iowa, however, there are still several trips available for politicos looking to experience the excitement of a US Presidential election!

The application process is still open for the Summer and Autumn 2020 Politrips! If you’re interested in taking part, please visit www.politrip.org to apply. It’s important to note that places are limited, so make sure to apply as soon as possible in order to avoid disappointment. Prices for our trips start from £750 for a 2-week trip, and £1200 for one month, which includes: all accommodation, ground transportation, a weekend away in a major city, pre-departure training & support, organisation of your placement and much more!

Once you’ve secured your place with a deposit, you can pay your Politrip fee in instalments from as little as £32 per month. We also have a competitive bursary scheme available for individuals from low-income backgrounds. More details on costs & inclusions are available on our website.

We can also help you identify any funding opportunities available from your university to help with the cost of your trip. 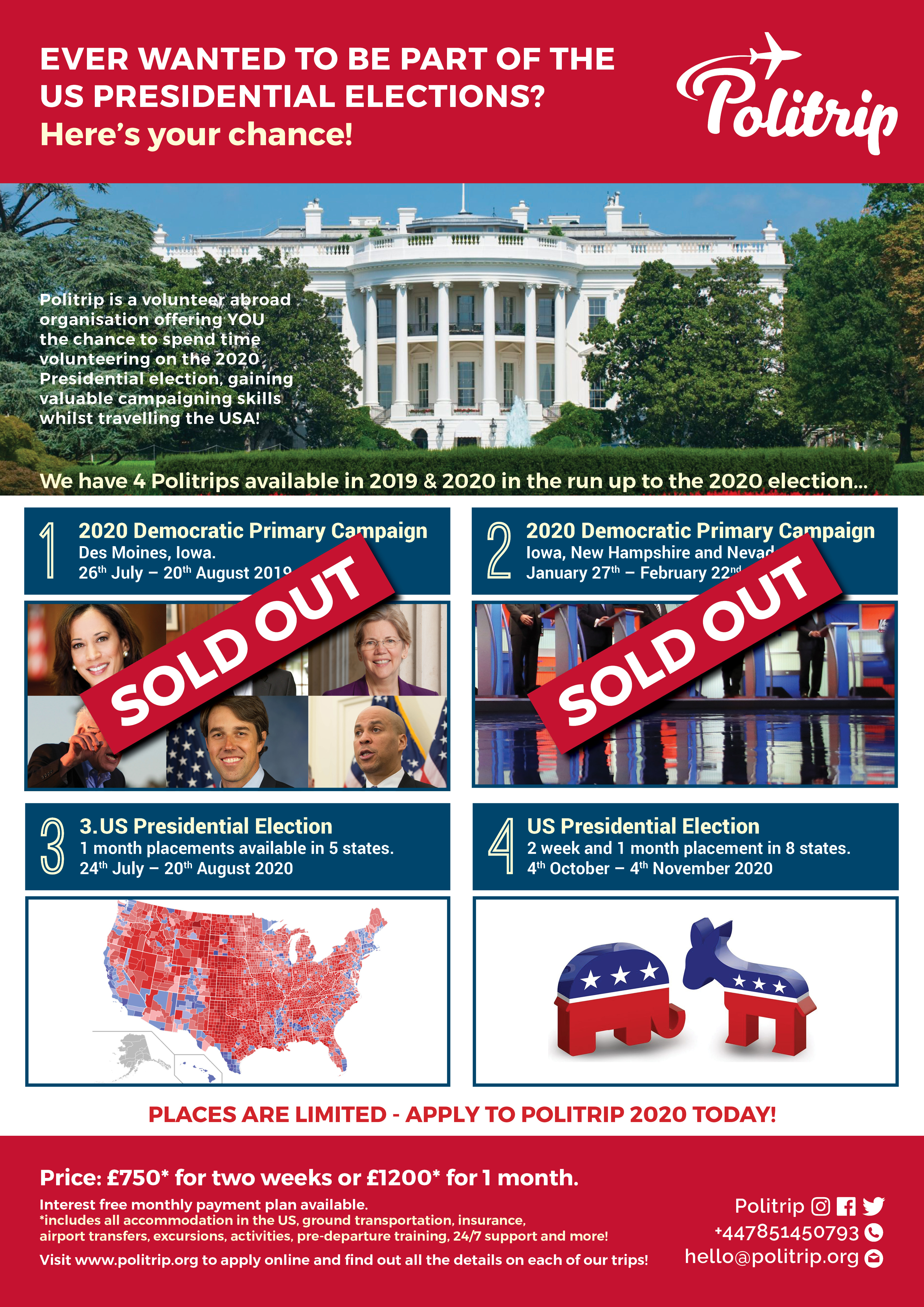 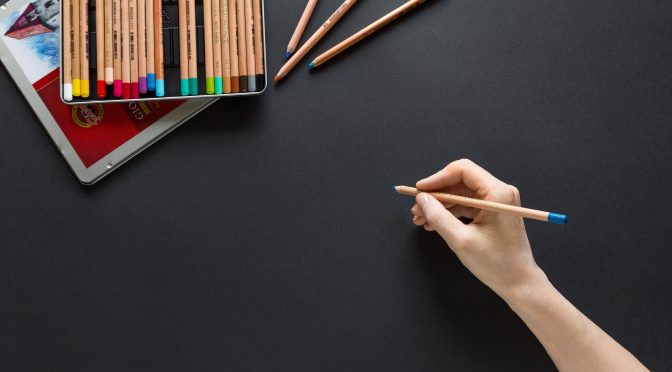 CELTA is an internationally recognised qualification, which provides you with the minimum entry level for the English language teaching profession.

Please see the CELTA website for details about the qualification.

The CELTA course provides great training for anyone strongly considering a career in EFL. The input and teaching practise sessions give useful insights into what will be expected of you. Having CELTA will prove to be a valuable qualification while I am searching for EFL jobs in the UK and abroad. The course tells employers that you are equipped with the skills they are looking for. 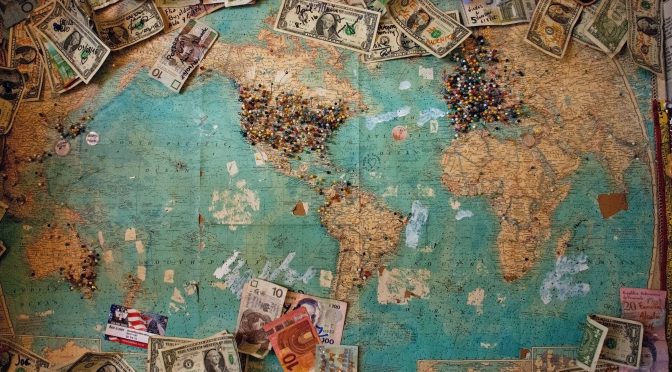 Spring 2019 at the University of Kent 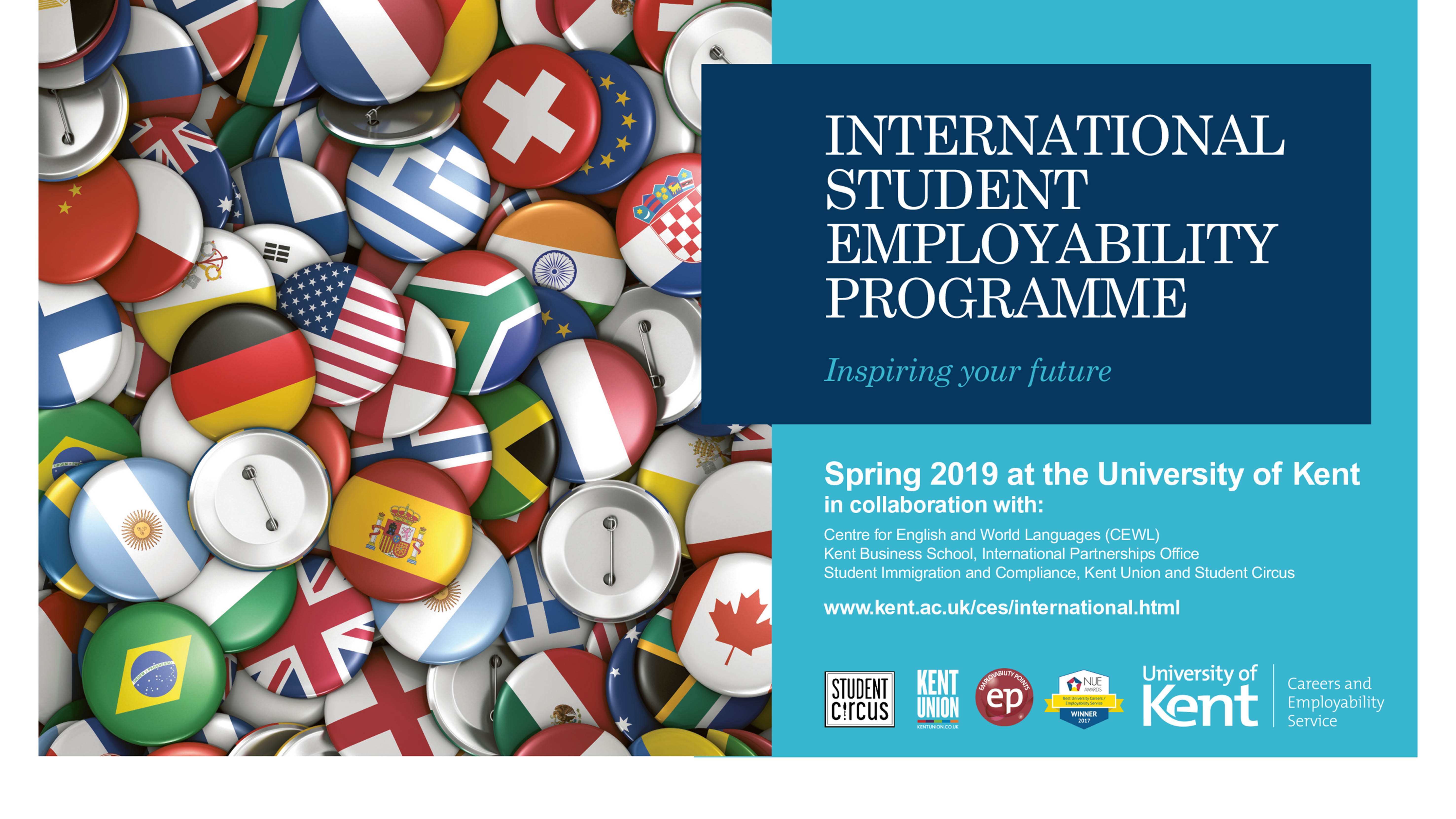 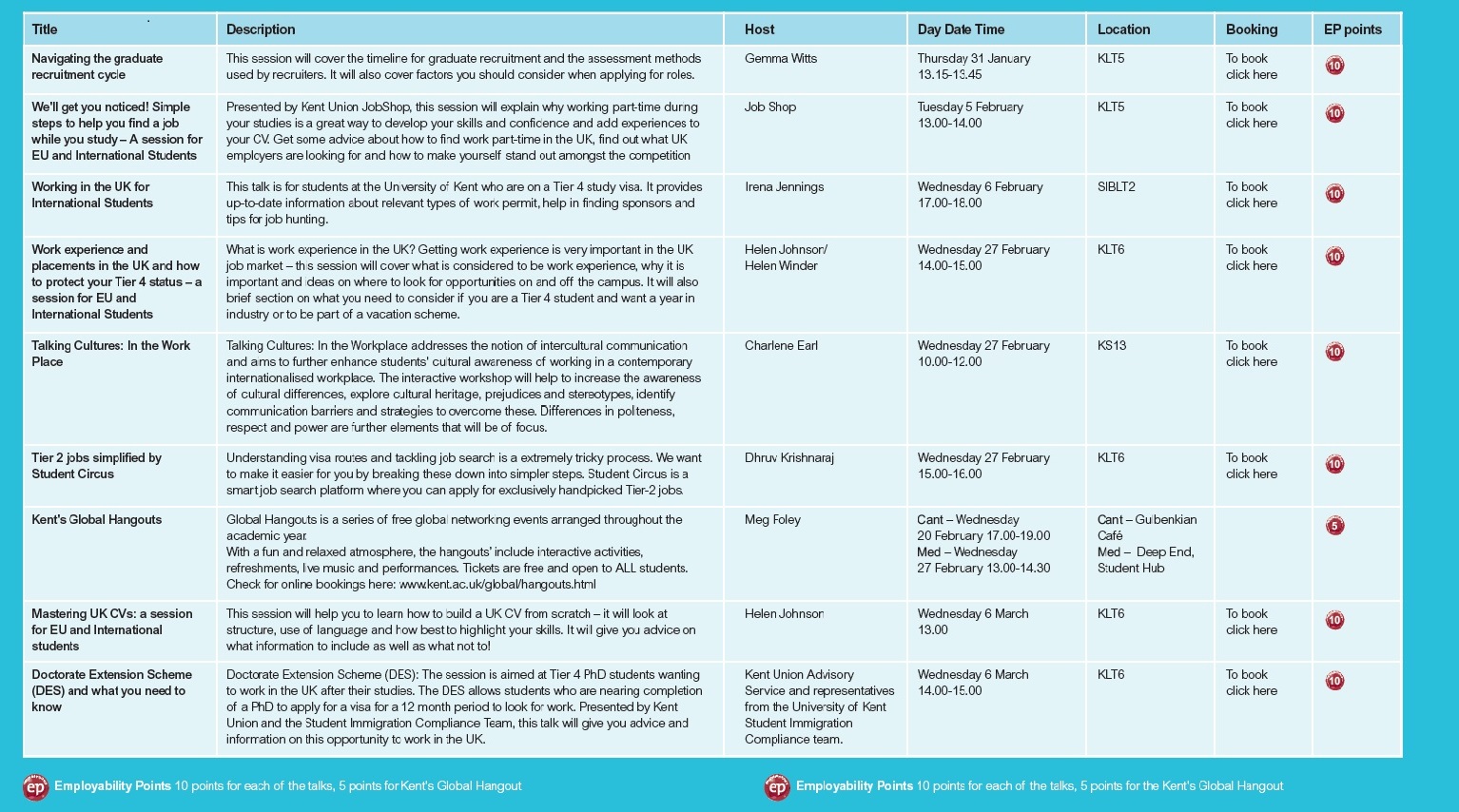 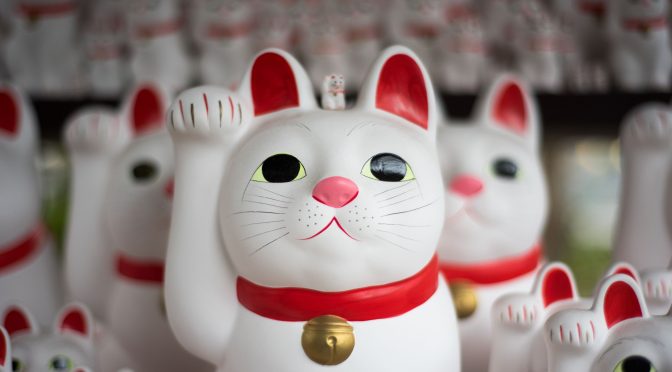 What is Student Circus?

Having graduated from the UK as International Students,
we truly understand the time and visa constraints associated with finding a job.

World class UK universities nurture and produce the very best of international talent. At Student Circus, we believe that this skilled talent can greatly benefit the UK economy and its employers with its global outlook.

Which visa do you need to stay in the UK after university?

If you are an international student considering working in the UK after graduation, this essential guide to visas should prove useful
By Charlotte Ashton

To retain the benefits of an international student body, including the economic contribution, it is important that students, universities and employers are all aware of the routes through which individuals can remain in the UK after their studies have concluded.

The Tier 4 visa is intended for the purpose of studying in the UK. However, it does allow students to work 20 hours a week during term-time or full-time outside term-time, where the student is studying at degree level or above. Such work experience can be vital for those looking to build relationships and contacts in order to secure permanent employment in the UK in the future.

There are a number of options available to Tier 4 students to allow them to stay in (or return to) the UK after their studies. Which route is the most appropriate depends on the individual’s plans for their future in the UK, the area in which they are seeking employment and their current circumstances.

The main visa for employment is the Tier 2 general visa. This visa requires an employer to hold a sponsor licence and for them to have available a job that the government deems to be at graduate level, or above. Furthermore, the role must be paid at, or above, the stipulated minimum, which is at least £20,800 for students switching to a Tier 2 visa.

International students have several advantages under this route compared with individuals outside the UK. First, businesses do not have to advertise the role in the UK for 28 days prior to offering it to the student (the resident labour market test). Also, businesses do not have to pay the immigration skills charge to employ someone switching from Tier 4 to Tier 2. The current charge is £1,000 for each year of the visa and the cost is likely to rise to £2,000 a year.

Despite such benefits and the clear skills shortages in some sectors, many students find it hard to obtain sponsorship, either because employers are not aware of how to go about sponsoring an individual, or because they believe that the costs and complications of sponsorship are too great for their business.

Previously, it was necessary to pass a course before Tier 4 students could switch to Tier 2, putting graduate schemes that typically start in September out of reach for master’s students, who do not receive their results until later in the year. However, from 11 January 2018, a student has been able to switch to a Tier 4 visa after completing their course.

It is vital for international students to understand the Tier 2 system early on in their course so that they can look for employment and make use of their ability to work under the Tier 4 visa. Armed with knowledge about how they may be sponsored, students can have discussions with employers and potential employers well in advance of the end of their course.

The two main alternatives for students are the Tier 1 and Tier 5 visas. Tier 1 is for individuals the government is specifically looking to attract to the UK such as investors, entrepreneurs and people who are experts in their field. There are a number of different Tier 1 visa options and it generally encompasses those who have an exceptional talent, or individuals who have money to invest in a business in the UK.

The Tier 1 route can lead to settlement but it does have a high threshold for approval. For example, Exceptional Talent applicants have to be endorsed as an exceptional talent in their field by an official body in their area of expertise. Students who wish to switch from Tier 2 to Tier 1 entrepreneur visas, are limited to using only specific government-backed investment funds, rather than private funds. Students can, however, make a business case to their university to seek endorsement for a Tier 1 graduate entrepreneur visa.

If a student does want to go down the more entrepreneurial route, they should take advice on the conditions of both the initial visa application and any extension application, and how this could lead to settlement.

Tier 5 is a temporary working category and generally requires a student to return to their home country before applying via this route. While Tier 5 is limited in both length and the ability to switch, it can be a useful fallback for a student seeking to build a relationship with an employer in the hope of a future Tier 2 sponsorship. Tier 5 visa holders would have to return to their home country to make a Tier 2 application and this would therefore require the employer to undertake the resident labour market test and pay the higher minimum salary as well as the immigration skills charge.

With Brexit on the horizon, the future of the UK’s immigration system is unclear. The government has recently made a commitment to attracting individuals under the Tier 1 Exceptional Talent visa by doubling the number of endorsements that are available in a year. This shows that the post-Brexit environment is intended to be one in which the UK seeks to snap up talent from across the globe.

However, there is a great deal of uncertainty as to what will happen to the highly skilled Tier 2 visa, or whether a lower-skilled worker route will be opened to deal with a possible labour gap in jobs routinely filled by European Economic Area (EEA) workers.

The Migrant Advisory Committee has been commissioned to advise on the economic and social impacts of the UK’s exit from the European Union, and also on how the UK’s immigration system should be aligned with a modern industrial strategy. The report is not due for publication until September 2018, meaning that any changes to our immigration system would need to be quickly drafted and enshrined in law before the UK’s exit from the EU in March 2019. If this isn’t achieved, the current system could continue post-Brexit, which risks it being unfit for its new purpose.

Whatever the future holds, international students form an important part of the economic landscape of the UK and, as such, everyone should be aware of the specific challenges that they face and consider how these may be tackled.

Charlotte Ashton is a solicitor at MLP Law and advises international students from local universities on their options for remaining in the UK.