Kat has very kindly provided the following summary of our discussion on The Wicked Lady: 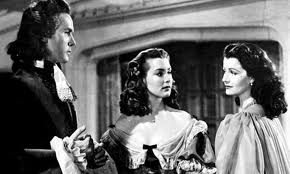 After much expressed delight at this Gainsborough romp, the discussion began with reticence over the time period that the film was representing. Many of us thought the costume, especially the wigs represented differing time periods. Internet searches confirmed the film was set in the Jacobean period. Indeed, it was agreed that the film was not overly concerned with accuracy on period costume. There was a suggestion that Hollywood had requested certain scenes be redone as the line of costumes on the women were too low and showing too much flesh for the Hays Code to approve. As was pointed out in the introduction, both Pam Cook and Sue Thornhill have written extensively on costume, identity and nationality in Gainsborough melodramas. These topics were carried over to the discussion afterwards. Apart from noting the possibility of historical accuracy concerning costume, there was some focus on Margaret Lockwood. Thornhill speaks of how Lockwood’s hair is styled into a vulva shape, and that some of her costumes compliment this phallic design.

Following from observations of Lockwood’s costume, further discussion focused on Margaret Lockwood’s acting and her character. Lockwood’s haughtiness was decidedly apt and appeared to add to audience identification. There was general agreement between us we would prefer to be Lockwood’s character than Patricia Roc’s. There was vitality to Lockwood’s character which the group found appealing. There was a mention too of a possible reference to war time women, when Lockwood declares she deserves to “do things” as she’s attractive, capable and intelligent. The camera also, rather clumsily at times, focused on Lockwood’s expression whenever an opportunity to kill someone, or undertake an evil deed was presented to her. These shots did appear somewhat heavy handed and caused much laughter in the group. However, one extreme close up of her eyes was a compelling shot. This reference led to further talk two interesting scenes due to their camera work. The first discussed was the scene where Lockwood is kneeling in front of Hogarth seeking forgiveness, by a roaring 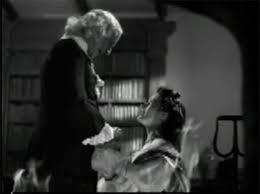 fire. The camera switches to behind the flames, as if in the fireplace. The framing gives the impression of Lockwood already in hell, surrounded by flames. The other unusual shot was when Lockwood’s character is dying and the camera travels backwards, away from Lockwood and out through the window, focusing on the smaller and smaller body of Lockwood. These two shots were the most distinctive in the film. 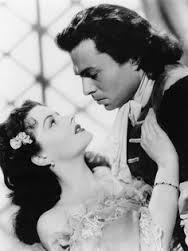 There was much (delighted) surprise at the bawdiness of the film and many felt that you could sense how The Carry On films came about, that there was a sense of a distinctive Britishness in this film. Many commented on the excessive use of innuendo in the dialogue and how this added to the viewing experience.  Innuendo was prevalent in the exchanges between Lockwood and Mason, who were electric together onscreen and oozed unbuttoned sexuality. All in all, it was universally agreed that this period romp was an excellent screening choice for the group.

Many thanks to Kat for choosing to show this wonderful film, and for the great introduction and summary of discussion.