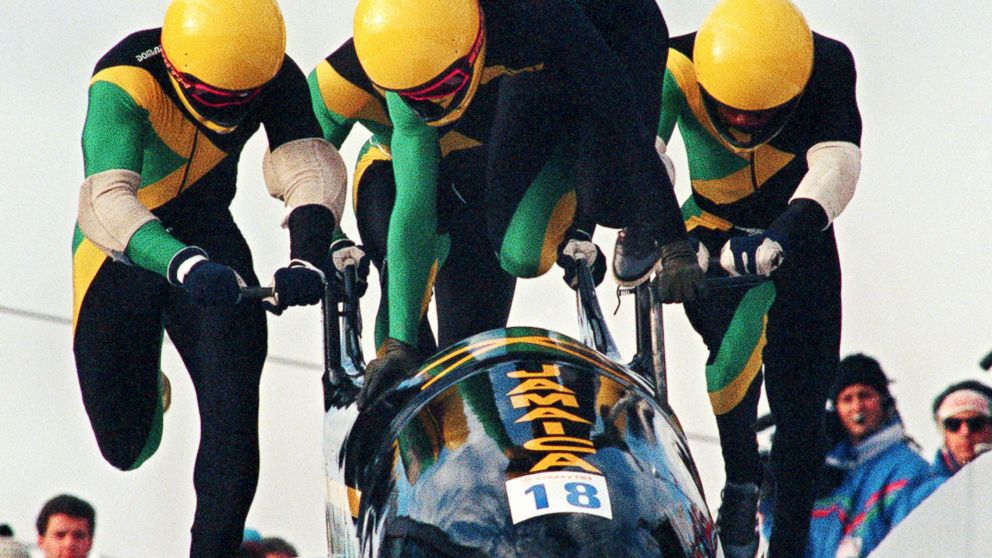 It is a sporting theme again, inspired by the thrills of the Winter Olympics. Let’s hark back to the 1988 Calgary Games, memorable since British involvement started to impress outside the ice-rink. Eccentricities of Eddie ‘the Eagle’ Edwards, our first Olympic ski-jumper matched Martin Bell’s efforts in the men’s downhill. Even our bob-sledders were competitive.

One story, now globally famous, concerns the Jamaican soldiers formed into an unlikely bobsleigh team on a shoestring budget, qualifying in 1988 as the first tropical nation at the Winter Olympics. American expats George Fitch and William Maloney were inspired by watching Jamaican push-kart racing and had initially raised the idea. At the outset, one of the eventual Jamaican team members, Devon Harris, thought the idea was ridiculous. Another, Dudley Stokes, only got involved because his superior officer in the military told him to participate.

The story was largely fictionalised for dramatic effect in the comedy film ‘Cool Runnings’. In reality the team were warmly welcomed by co-competitors and enjoyed the support of other national teams to access equipment ahead of the Games. The Jamaicans performances improved during the Games programme, but unfortunately they crashed in their final competitive run so did not reach the final. However the precedent had been set and Jamaican teams have qualified for several Winter Games over subsequent decades including the Sochi 2014 Olympics.

So what can we learn? How does this relate to our ideas for change and improvement?

One thought on “Cool runnings? Change perspectives. Just do it.”