There is a time and a place to work of course. And there is also a time to rest and recuperate (Covey 1989).

We have discussed trends, fads and pseudo solutions in office layouts and design before. It is easy to think that changing layout will make people more productive.

However this solution addresses something quite different – a time and a place to work. The workplace is removed, so work time stops. This places the expectation on people to go away and recuperate.

For this company the ‘ritual’ of shutting away the desks sets the norm. It makes people get into the habit of switching off. And for a creative company that is important, letting the bran organise the day’s thinking without distractions of actually having to go back to work.

I wonder what the impact is on productivity…

See the office furniture solution on this video: 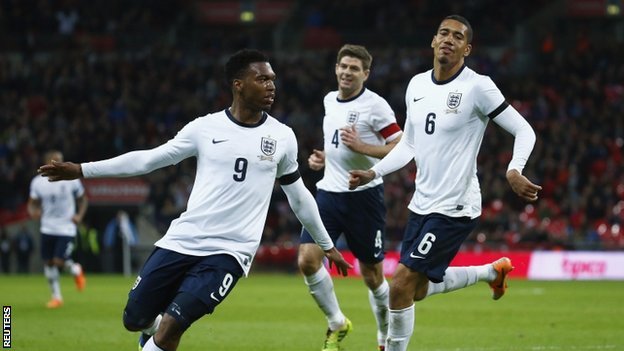 ‘Experience’ is an often-quoted strength in a job candidate or team member.

An experienced person’s views may now be out of date. In the 1960s a Japanese delegation visited a British car factory in the midlands and were guided around the operation by a proud production manager. The visitors had many questions about the facility and how it worked but felt they were not being given the answers that they wanted. One of the Japanese vistors asked the manager ‘How long have you worked in this factory?‘ to which the manager answered ‘Over 20 years!‘.

The Japanese visitor was oveheard to mutter ‘more like 20 minutes…‘

The manager did not know what was really happening in the production facility – they did not have relevant knowledge, nor an understanding of how to improve the work or quality of output.

A valuable, experienced professional is one who has the humility (and experience!) that allows them to ask the right questions and not to be the source of all the answers.

There has a been a recent flurry of interest in workspace design (http://www.bbc.co.uk/news/magazine-25355618). Google, Apple and Facebook are often cited for their creative office spaces, designed to enable or even enhance the creative thinking of their staff. However it is not clear if a creative office space stimulates creative thinking, or whether it is the elimination of bad office design that appears to free up the minds of workers (i.e. workers may have been creative already, but just get it sucked out of them by a poor environment). After all did the innovative and creative workers of the past have wacky working environments (maybe they were  not really as creative!)?

It could be that the managers of these organisations might just be fiddling with ‘hygiene factors’, the things that Herzberg identified in the 1960s as having no positive impact on motivation, but are merely the basics that need to be sorted out (along with pay, management style, working relationships etc). Over the long term there is a risk, unless the managers at these organisations are doing something else, that their workforce may not be motivated to make a real difference to the performance of the business – will they still have leading products and services of the future or will better alternatives emerge from their competitors?

Over the past few decades it has become clear that whilst many ‘enlightened’ managers have dutifully followed the good manager mantras: developed themselves as leaders, worked on motivating staff, built trust and rapport, coached and developed, and engaged in team-building, the things that really matter is a common sense of purpose,  how work is designed and what power people have over decisions and quality of the work that they do. This sounds fine in theory, perhaps, but in reality job design often sits in the lap of central departments (like HR), rather than the worker or the team, so the power even to design jobs is not at the point of knowledge – the people doing the work. The result is that managers can only be left to fiddle around the edges with team-building and cheer-leading. Or perhaps some just repaint the office.

An effective manager will learn how to understand and design work and how to engage people to ensure improved performance. An effective team will seek a clear purpose, investigate how their performance affects users, will challenge thinking, ask questions and engage in  improvement.

My son and I have been monitoring the frogspawn in our garden pond since April. It has been fascinating to see the tadpoles hatch, then grow into monstrous alien-looking aquatic denizens. Suddenly in the last couple of weeks they have started sprouting limbs, then their feet and toes have lengthened becoming mobile. Body shapes change, the tails shorten and a new form develops.

This is interesting stuff, but the biggest talking point in our family has been the observation that the reasonably big, fat tadpoles end up turning into relatively-speaking quite tiny froglets. Why is this?

Clearly the metamorphosis takes energy; the gut system changes the body shape of the animal, but all of the excess (most obviously the tail) has to be reabsorbed to fuel the transformation. The result is a smaller animal – but one which is much more adaptable, capable and resilient – and which, as it moves out of the pond, hunting and feeding, soon outgrows its original tadpole form.

The moral of the tale is, hopefully, obvious – with change, you don’t get something for nothing. If we want change to happen we need to expect an investment – to put something into the change.

Remarkably, however, investment in change does not primarily mean money and resources. Initially, the resources are within us.

What change certainly requires, as in the frog, is an investment by us – a renewal in our thinking
– and that takes EFFORT.

The effort is expressed in establishing new thinking, in questioning ourselves, in being open to new ideas (which stretch our minds or challenge our emotions), and in getting into new habits through practice.

Sometimes this terminology gets muddled – people often talk about ‘incremental change’, as if this is to be expected and welcomed, but it risks us accepting uncontrolled or ill-considered changes…

… analogous to the experience of an untethered boat, without power or sail, bobbing across a choppy sea – at the mercy of external tides and winds and its own susceptibility to leak!

To cope better with change we need to anticipate it, by being proactive in improving our service before it is forced upon us and by getting everyone involved in shaping the change and being a part of what needs to happen. It is of course important to know which change to address and when and part of this is informed by involving people who know what is happening on the ground.

‘RENEWAL’, on the other hand, is a much more glamorous cousin; highly visible, demanding ‘out of the box thinking’ (I think this is the correct parlance) and often packaged as ‘strategic’. Each of these aspects can be very useful, but should be handled with care. Many of us will recognise the renewal approach as the preferred option of many a manager (particularly people new into a role):

One only has to think of a new football manager installed at a Premier League club, who ushers players out (‘dead wood’) and in (‘new boys’) for millions of pounds to ‘get the team into shape’, or to ‘have them working my way’.  By the time THAT manager has been fired (often in a matter of months) another ‘new man’ comes in (they usually are men) and does the same thing over again. On occasion the ‘new man’ may re-install players who had previously been in the club, whilst offloading the previous set of new boys…and so the cycle continues. Coincidentally a sacking occurred in the Premier League this week; Chelsea’s manager was hired temporarily in March, formally appointed August and fired in November.

This is NOT to say that renewal is bad. Clearly at times it is vital – but it can easily be mis-handled. When well directed and purposeful, renewal is essential and can have significant impact. The caveat is that when it is not purposeful nor well-directed it is causes disruption (or worse).

So how do we avoid the problems? One major problem with many efforts at renewal and incremental improvement is that it is not really renewal at all, but simply an attempt at copying the previous experience of particular managers or other organisations. Whilst this appears perfectly plausible, attempts at applying methods from one place to another may not work. This lack of success is not just about people, but about the complex needs of different users (customer, clients etc), systems and the way that work is organised. Rather than copying, it is much better for teams to examine their users needs and the work they do to deliver the service. At that stage, use that new knowledge to make decisions about change – which may be incremental or may involve more significant renewal. Well-focused, well-thought out effort will enable change to have a better and lasting impact.

And as for meeting the changing demands of a vibrant, challenging world – what can we really do to be effective? Well, with the right effort and focus, even a tiny turtle hatchling can negotiate an ocean…