It is easy to slip into thinking that  ‘change’ as a slow and often difficult process. After all, we know that we can become creatures of habit, enjoying the 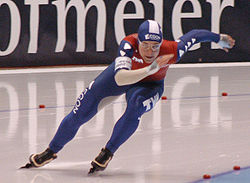 comfort of the familiar. But this is not what defines us. Human beings are creatures that have mastered  (or, at least, have developed) the art of adapting; changing our knowledge, decisions, behaviour, environment, relationships. It is too easy to think that we ‘don’t like change’. This is simply not the case. We are beings that not only adapt to what is around us, but we often actively choose to influence what is around us. After all, it is not uncommon for us to choose to find ways to make things better or different (either for ourselves or, sometimes, others!).

My great-grandfather (who was still around when I was a youngster) was born into the victorian age in the 1880s. He was already a young man when the Wright brothers first flew at Kitty Hawk, yet he lived to experience being a passenger flying in jet airliners and saw the Apollo astronauts land on the moon. His life experiences, work and education had to adapt fairly radically, but I imagine it was a fairly natural process – that’s life.

Organisations can change faster that society as a whole. Perhaps we need to start seeing change in our organisation as a ‘natural’ process, although one which we can actively influence ourselves. We need to see change happen in noticeable timescales; weeks and months not years. If we want people to believe in the changes we want, then they need to be able to see those changes. This implies that changes should move over short timescales rather than at barely-observable ‘glacial’ rates. Herrero (2006) goes further, suggesting that if cultural changes cannot be observed in short timeframes, then something is wrong.

He suggests that we should reject two assumptions:

“Cultural change is a slow and painful long-term affair.”
No -it need not be slow – there is a better way.

“Short-term wins are tactical but they do not usually represent real change.”  Again no – with viral networks, small changes can lead to a big impact.

So, what is the challenge? We need to accelerate change by engaging networks of people in making things happen. In a previous post it was suggested that small sets of behavioural changes, taken on and shared by informal groups of people can generate improvements in a non-linear way, as Hererro terms it, a ‘viral’ spread.

Of course, our blog posts and comments have raised questions about how the position of our leaders influences change. What if leaders don’t want the change? That places the challenge on us to influence them. Influence changes to the way routines are followed and then enable people to see the impact as it evolves.

At a recent staff conference on Service Excellence we included a keynote speech and workshop led by the student union president. This is not revolutionary, but merely having students in the room at a staff development event changes perspectives and establishes new conversations and ways of thinking.

To influence others we need to encourage quick, meaningful changes; not just ticking items off the ‘to do’ list, but adopting new behaviours, new ways of thinking, new habits. These things may appear less tangible, but they do have impact, they don’t need to wait for a sign-off at the next Academic Committe Meeting and they do allow change to happen much quicker. 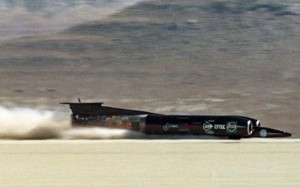 One thought on “The Need for Speed : let’s not assume that change is a slow business”