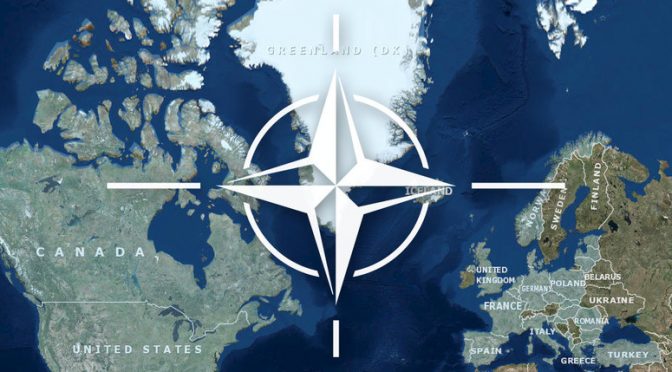 The School of Politics and International Relations has been invited to send six student delegates to represent the University at a Model NATO conference being run by the Foreign and Commonwealth Office. Fifteen UK universities will be taking part in the Model and each university will represent two NATO members.

Model NATO will take place at the main Foreign Office building in central London on Monday, 2nd December 2019. The event will conclude with a reception hosted by the Foreign and Commonwealth Office in the early evening.

All travel expenses will be covered.

Students in their second year and above, including post-graduate are invited to apply.

To be considered for this exciting opportunity please email no more than 100 words explaining why you would like to attend to:

By midnight on the Monday 28th October.

Successful applicants will be informed on Tuesday 30th October and will be required to attend a briefing meeting with the FCO in Rutherford College on Friday 1st November.

The business of the Model NATO committees and their working methods will be explained to the selected participating students in a separate document to be sent in the coming weeks.

In brief, the Model will be principally concerned with reacting to a crisis scenario. That crisis will be presented at the beginning of the working day and elaborated upon by means of news and intelligence injects as the day proceeds. The committees will replicate NATO’s working methods – including, importantly, the requirement that decisions are reached by consensus.

Each NATO member delegation at the Model will be split between three committees: the North Atlantic Council (the NAC), the Military Committee, and an ad hoc Crisis Response Committee. Each university will have two people on each of these three committees – representing two separate NATO members.

The task of the Model is to respond to the crisis by mobilising NATO’s political and military resources. In undertaking that response, delegations will need to act in accordance with known national policy positions.

To assist the students in this endeavour, you will be sent:

On the day of the Model, academics, staff from the FCO and NATO officials will be on hand to offer specific advice.

To arrive at an agreed response will be the test the students will face on the day – debate and negotiations in committee will be the means by which that test is met.

Each student will also receive a certificate of participation. There will be a small number of awards given separately to outstanding delegates/delegations. The day will conclude with a reception in the Foreign Office building.

Model NATO is intended to have experiential learning benefits for the participating students.

The Model will raise students’ awareness of NATO and give them direct exposure to an activity that replicates inter-governmental negotiation and policy making.

Two of the selected participating students will be invited in advance to attend ‘NATO Engages’ on the following day, 3rd December 2019 immediately prior to the NATO leaders’ meeting in London at Westminster Central Hall.

The two students will have accommodation provided for them in central London on the night of the 2nd December at the Travelodge Covent Garden.

These students will have the opportunity to further analyse the outcome of the Model held the previous day, and potentially meet heads of state/government at the event.

The NATO Public Diplomacy Division are providing a grant which will meet all the students accommodation and travel costs.

Please note: that once a student receives an email invitation from our partner Globsec to attend the event, the registration process will take around 45-60 minutes and includes a questionnaire and uploading a photograph for the conference ID. Given the likely presence of heads of state/government at the event, the process also entails some background security checks. Notification on the success of a registration comes within a couple of days usually. If your registration is declined on security grounds and any such outcome will be outside of our control.