The University has set a target of achieving net zero carbon emissions by 2040 but is already planning how to engage students, staff and other stakeholders to achieve this target earlier – by 2035.

Our Executive Group has agreed the new target following a review of our current emissions, building performance, financial resources and available technologies.

The target applies to scope 1 and 2 emissions (gas, electricity and University-owned vehicles) by 2040 at the latest, with scope 3 emissions (including business travel, emissions from waste and water) targeted for net zero by 2050.

The new target will be a key objective in the University Sustainability Strategy currently being developed by our Sustainability Steering Group. It builds on a carbon emissions reduction target set in 2010, which aimed to reduce emissions by 23% by 2020 and was achieved a year early.

A Carbon Management Plan will set out the roadmap for achieving the new target, stating how we will reduce carbon emission across the whole institution, from buildings and operations to teaching and research. Progress will be monitored by our Sustainability Steering Group, chaired by Richard Reece, DVC Education and Student Experience.

Catherine Morris, Environmental Adviser at Kent, comments: While technologies such as renewable energy generation and decarbonised heating systems will play a large part in achieving the target, ultimately, it is people’s behaviours’ and activities that drive the demand for energy. By adopting a whole-institution approach to carbon management, we hope to reduce demand alongside supporting our staff and students to adopt low-carbon lifestyles and to contribute to local, national and global sustainability efforts.’

Further information is available on our Sustainability webpages. 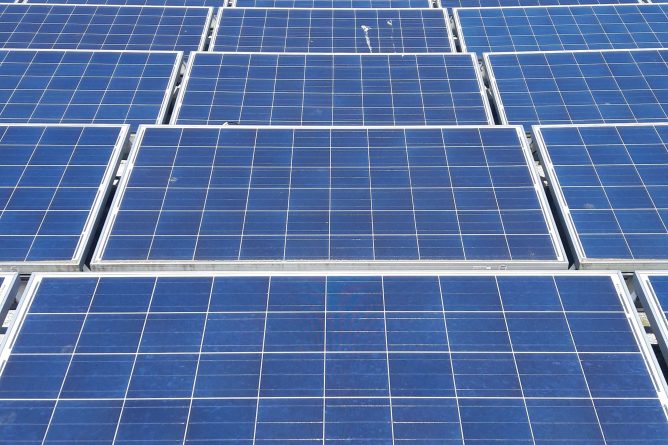 My name is John Kingsland and I work within the Estates Department in the Energy Manager role. This means that I have responsibility for managing energy and water use at the Canterbury and Medway sites with an overall aim of reducing the associated carbon dioxide emissions arising from their use. To achieve this I look at everything from how and where from we purchase our utilities to making sure that our buildings and fittings use energy as efficiently as possible. I also work closely with my colleagues on the Sustainability team on promoting energy efficiency and educating people about the impacts of climate change. In the 5 years I have been in this role, I have noticed a huge shift in people’s attitudes towards climate change. More and more people are realising that reducing our emissions is everybody’s responsibility and not just one we can leave for others to sort out.

With two large and complex campuses and a mix of buildings from residential to commercial and laboratories, calculating our overall energy consumption and carbon footprint is an extremely laborious task. Luckily as an engineer, I’m a dab hand with a spreadsheet and enjoy the numbers side of my role!

Last year we achieved our long-term 10-year Carbon emission reduction target a year early. In 2010, we published a target to reduce our emission by 23% over the next decade. By August 2019 we had achieved a reduction in excess of 29% which is a fantastic achievement given the expansion of the campus over that period.

We are now looking towards the future, setting a new emissions reduction target and developing a new Carbon Management Plan for the University. This has been delayed by the Covid-19 pandemic but we hope to be able to announce our new commitments very soon.

Work on carbon reduction in the future is likely to involve looking much more at renewable energy sources. Currently the University has six roof top mounted solar photovoltaic arrays, which have a combined peak output of 175kW. The amount of electricity produced exceeded 1% of the University’s electricity consumption for the first time this year. This might not sound like much, but the energy produced each year would be enough to power 50 UK households.

Looking at the medium to long-term, we are investigating the feasibility of wind turbines and a large photovoltaic array on the Canterbury site.

Although when they think about energy saving most people picture solar panels, wind turbines and electric vehicles, most of the work I do to reducing energy is not visible. Currently, works are being undertaken to improve the energy efficiency of the Central Boiler House. The works in the boiler house are linked to future works on the District Heating System (which provides heating to many of the buildings on campus from a central boiler house) with the overall aim of being able to reduce the flow temperature in the system reducing heat losses. This may also create the option to use alternative and more sustainable sources of heat for the district heating system longer term.

One of the main challenges we face as a University in reducing our carbon footprint is the age of our estate. A large proportion of our building date back to the 1960’s and 70’s and were not exactly designed with energy efficiency in mind. We also have buildings that are listed or sit within conservation areas that have their own restrictions on what we can do. Many of these buildings present very unique challenges, which must be considered individually and bespoke energy saving measures applied.

When we are considering energy saving projects we always look at the payback period. This is how long it will take to recoup the initial costs of the project through subsequent energy savings. Some measures such as installing low energy lightbulbs have a very short payback period (typically less than 1 year) whereas bigger projects with a larger initial outlay such as renewable energy installation, have much longer payback periods often measured in decades rather than years. In order to finance these large-scale projects I am looking at the potential for external funding and possible partnership working to develop projects.