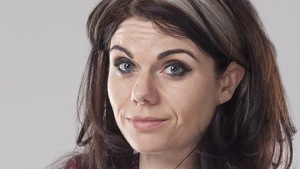 I spent my summer with Caitlin Moran. Two heady weeks in a cottage in Sussex, in which she talked – she talked a lot – and I simply listened. I didn’t have to say anything, just had to sit there and listen as she poured out her heart. We bonded over a shared incredulity at Downton Abbey, a passion for libraries, and a mistrust of David Cameron. I found myself careening between emotional extremes, of asthma-inducing laughter and heart-stopping sorrow.

As we sat there, Caitlin and I, time seemed to pass us by. My two young children were busy exploring new and exciting ways to injure themselves on the garden play-equipment; the cats were expiring through the suspension of their customary feeding ritual; phones were left unanswered; my wife took to her bed with a digital version of Scrabble in a desperate call for attention. None of it mattered; Caitlin and I had only each other, her needing to talk, my needing simply to listen.

Because that’s what reading the collection of articles that makes up her recent book, Moranthology, is like; it’s like chatting to a newly-discovered best friend. And not just that; a friend who’s funny, honest, brazen, unafraid of candid revelations, open about their moments of life-lunacy, and who writes from the hip.

Given its heart-on-sleeve admission of love for Sherlock, I have no qualms as an asthma-sufferer in declaring the book a Three-Inhaler Problem. The dispensary at the local Asda couldn’t issue me with new ones fast enough; I had my own parking-space, and was on first-name terms with the guy who sits in the entrance, watching the CCTV footage of people entering and leaving the store. It’s no understatement to describe the book as something of a roller-coaster; one minute, you’re giggling with sheer delight at the fearlessly inventive wit – the ‘And My Nanny Agress With Me Too’ put-down of George Osborne is going to become my default reaction to posh idiots – the next minute, you’re gasping as she devastatingly breaks your heart. Whether lamenting the cross-country closure of libraries, regaling you with the multitudinous ways in which she has Let Herself Down In Front of Celebrities, or campaigning for the rights of society’s down-trodden, her vigorous, no-holds-barred, attitude-busting prose is merciless in its scrutiny. Even, commendably, when that object of scrutiny is the writer herself. It’s like a very English incarnation of Hunter S Thompson’s Gonzo Journalism, with its wry attack on television soap-opera plotlines or the Welsh-o-centric nature of the latest incarnation of the Dr Who franchise, or its staunch championing of the Welfare State. And it’s the type of book that throws your assumptions back at you and makes you consider them anew; you come out a better person for reading it.

So forgive the cheap sensationalism of my title; under its same conditions, I’ve just spent several similar weeks with Tony Hawks (A Piano in the Pyrenees), Peter F Hamilton (Pandora’s Star), and am furthering my literary bigamy in being heavily involved with Humphrey Carpenter (Benjamin Britten). As Martin Amis said of Tom Wolfe’s A Man In Full (that’s just the sort of ghastly, navel-contemplating literary referencing that, after our weeks of companionship, I feel confident in declaring she would hate); this book will be a good friend to you. In fact, it won’t: Moranthology will be your best friend. Read it. Soon.

Dan Harding is the Deputy Director of Music at the University of Kent. He writes about music on the blog Music Matters. Follow Dan on Twitter.

2 thoughts on “My summer with Caitlin Moran”