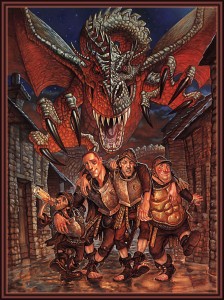 2 thoughts on “The Colour of Magical Prose: Pratchett’s humour”