This week we had the opportunity to compare some varied short film melodramas: Barbe-bleue (Bluebeard, 1901, 10 mins) directed by and starring George Melies, The Mothering Heart (1913, 22 mins) directed by D.W. Griffith and starring his frequent collaborator Lillian Gish and Suspense (1913, 10 mins) co-directed by, and starring, Lois Weber. I have summarised the discussion below, but do log in to comment or email me on sp458@kent.ac.uk to add your thoughts. 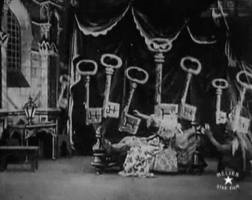 Discussion on the earliest of these film shorts, Barbe-bleue, noted that, in keeping with other films produced at the time, it was filmed by a static camera. However, the fairly frequent set changes and constant on-screen action (including some of Melies’ trademark trick shots of a character – a taunting imp –  appearing and disappearing accompanied by a puff of smoke) added impetus to the already melodramatic story. This story was closely related to the gothic with some powerful imagery involving a secret room, keys, Bluebeard’s dead wives hanging from nooses and the latter characters invading his current wife’s dreams.  Significantly the narrative centred on a woman (or perhaps more correctly women) in peril, which has been a constant theme in the films the Melodrama Research Group has screened. Appropriately for Melies, known for his magic, Bluebeard’s dead wives inexplicably become reanimated, just in time to be rescued by men who had rather magically appeared. 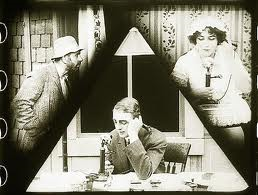 Like Barbe-bleue, Suspense bore close relation to the gothic since they both focus on a woman in jeopardy. The threat to the woman in Suspense is explicitly sexual, however. Tom Gunning’s article on the use of telephone in early film “Heard over the phone: The Lonely Villa and the de Lorde tradition of the terrors of technology.” Screen 32.2 (1991): 184-196 was referenced. In this, Gunning notes the fact that both telephonic and cinematic technology manage to bring us near to, but at the same time keep us at a distance from, the subject (either the person at the other end of the telephone, or the characters in the film). We are not in a position to affect what occurs onscreen, while the husband in Suspense is similarly hamstrung by his physical distance from his home and wife whilst they are under attack. It was noted that Gunning mentions D.W. Griffith’s Lonely Villa (1909) which also uses a telephone in the narrative.

As well as an exciting narrative, Suspense included some stunning shots. Especially striking were those from a character’s point of view. One of these was a shot from above of the tramp looking up and threatening the woman, supposedly from the woman’s point of view out of an upstairs window. In addition, the tramp was shown to be particularly menacing as he ascend the stairs and looms large in the frame. The split screen which sectioned the tramp, the husband and the wife into separate areas was also very effective.  The car chase afforded some great opportunities for inventive camerawork.  There was a point-of-view shot from the second car of the first, while the wing mirror of the first car neatly showed those pursuing it several times. 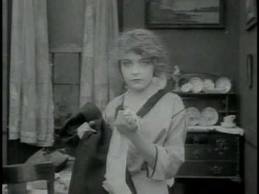 D.W. Griffith’s The Mothering Heart was very different to both Barbe-bleue and Suspense. The melodrama focused on the less fantastical, and arguably less suspenseful, issues of marriage and infidelity.  It was preoccupied, as were other films of the time, with the split of the woman into virgin (as represented by Lillian Gish) and the vamp (Viola Barry). Both of whom were interested in the same man (Walter Miller). Discussion of Griffith’s film focused mainly on the presence of Lillian Gish and the similarity of her role to the one she played in Griffith’s Way Down East (1920) in which she also appeared as a mother who tragically lost her baby. While Gish’s character here appeared to act more progressively than in Way Down East – she leaves her husband while she is pregnant due to his infidelity – the reconciliation at the end over their dead baby’s body felt very contrived. Griffith’s inclusion of Apache dancing taking place in the background of the club where the husband meets the vamp was also commented upon. A comparison was drawn between the Apache woman following her man and the foregrounding of suffering Woman – a common theme of melodrama.

It was also especially interesting to compare the work of two often-referenced male film pioneers (Melies and Griffith) with a lesser known, though hugely important, female director of the silent era.

All are welcome to attend the second of the Summer Term’s screening and discussion sessions which will take place on the 15th of May in Jarman 7,                from 5pm to 7pm.

We plan to screen some short melodramas, which will probably centre on the early works of American Cinema pioneer DW Griffith.  As well as influencing editing techniques, Griffith was well known for his melodramas such as Broken Blossoms (1919), Way Down East (1920) and Orphans of the Storm (1921). 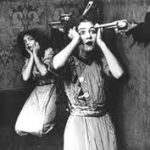 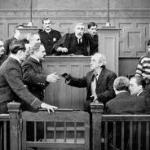 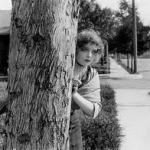 Frances also has some film shorts to share. She has kindly provided the following information:

Suspense (1913) is an early narrative film about a woman and child threatened by an intruder in their home. One of the film’s directors, Lois Weber, was a prominent female director in early cinema and she also wrote, produced and starred in many of her films.  Weber’s films often featured social problems and tackled controversial issues, as with Hypocrites (1915), Where Are My Children? (1916) and Shoes (1916). This latter film – which tells the story of a woman who sells her body for much-needed work shoes – bears a striking resemblance to the themes discussed with last week’s Love on the Dole.

Suspense’s narrative centres on the representation of the telephone – a fairly new addition to domestic homes at the beginning of the twentieth century – and, as Tom Gunning notes, the film features one the earliest elaborate uses of the split-screen device. (Gunning, 1991)

Barbe-bleue (Bluebeard, 1901) is one of the earlier works of French filmmaker and magician Georges Méliès. Popularly described as the grandfather of special effects cinema, Méliès makes use of his trademark trick shots, superimpositions and dissolves in the construction of his “artificially arranged scenes” (Méliès, 1907) in Barbe-bleue. The film is based on the folktale of the same name which tells the story of a villainous nobleman who murders his wives. Melies’ film shows the latest young wife who is left alone in Bluebeard’s castle and forbidden by her new husband from entering a locked room. Inevitably, the temptation becomes too much for the bride and she discovers Bluebeard’s deadly secret…

Both Suspense and Bluebeard continue in one of trends we have explored in other melodramas: namely the focus on the woman’s story which often features the female protagonist suffering in some manner.  In this sense Suspense and Bluebeard can also be classified within the gothic tradition – a genre/cycle closely related to melodrama – as the films place a particular emphasis upon the domestic home as the site of terror and danger.

Méliès, G. 1907. “Kinematographic Views”. In: Gaudreault, A. 2011. Film and Attraction: From Kinematography to Cinema. Urbana, Chicago and Springfield: University of Illinois Press.

In addition to screening shorts, we will be discussing plans for the  group’s future such as the possibility of organising a conference or symposium as well as publishing opportunities.

Do attend if you can. And please note, we start at 5pm, not 4pm as previously advertised!