Gothic romance Crimson Peak (2015) will be showing at the Gulbenkian Cinema on the Canterbury campus from Saturday 5th-Monday 7th of December. The last date includes a post-screening discussion with the Melodrama Research Group’s  Dr Tamar Jeffers McDonald.

You can find more information and book tickets here: http://www.thegulbenkian.co.uk/events/cinema/2015/December/2015-12-crimson-peak.html 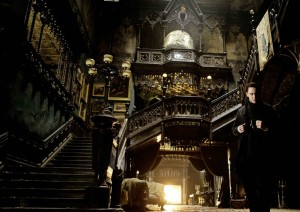 From Guillermo del Toro (Pan’s Labyrinth) comes the hotly awaited Crimson Peak, a gothic thriller with a top flight cast including Mia Wasikowska, Jessica Chastain, Tom Hiddleston and Charlie Hunman. Hailed by horror writer Stephen King after an early screening as “gorgeous and just f***ing terrifying”, it’s set in Cumbria in the 19th century, in a crumbling mansion where young author Edith Cushing (Wasikowska) falls in love with Sir Thomas Sharpe (Hiddleston) but discovers, after marrying him, that her new husband is not who he seems. A ghost story and a gothic romance, del Toro is riffing on other haunted house films here in this very scary, brilliantly atmospheric horror.

The fifth film in the Gulbenkian  Cinema’s Gothic Season – J.A. Bayona’s The Orphanage (2007) – screens on Tuesday 4th of March  at 9.30pm. It will be preceded by a panel discussion which will include contributions from the Melodrama Research Group’s Dr Tamar Jeffers McDonald, as well as Dr Cecilia Sayad and Professor Nuria Triana-Toribio. 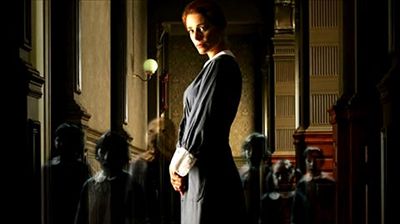 This terrific Spanish horror film, the debut of J. A.  Bayona and produced by Guillermo del Toro, director of Pan’s Labyrinth, received great acclaim on its release in 2007.

After thirty years, Laura returns to orphanage where she  grew up, accompanied by her husband Carlos and their 7-year-old son Simón, with  a dream of restoring and reopening the long-abandoned mansion as a home for  disabled children. The place awakens Simón’s imagination, and he soon begins  playing not-so-innocent games.

As events take a sinister turn, Laura slowly becomes  convinced that something long-hidden and terrible is lurking in the old house,  something waiting to emerge and inflict appalling damage on her family, in this  cleverly made, utterly terrifying film.

“A good old-fashioned  horror in the best possible way, this is a beautifully told, terrifying ghost  story that lingers with you long after the shivers have stopped” Olly Richards, Empire  Magazine

For more information and to book your ticket please go to: http://www.thegulbenkian.co.uk/events/cinema/2014/March/2014-03-the-orphanage.html