We had a varied and detailed discussion about Black Swan (Darren Aronofsky, 2010). Please find our discussion under theme/subject: 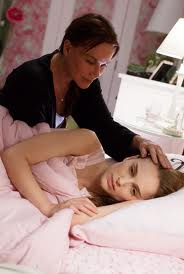 Each member found the relationship between mother and daughter disturbing. Firstly, we were unsure whether the mother was a villain or whether we see her through Nina’s interpretation. The film is not always explicit in its depiction of reality (part of its power) but this also leaves for questionable gaps in its reading. A question was raised if ​we should cast blame on the mother? It seems like a “chicken and egg” scenario and is open to either interpretation. Option A: Mother is to blame, showing the danger of the matriarch. Option B: Nina’s illness has caused an over-protective mother, showing the responsibility placed on the role of matriarch.

The mother’s lack of career did not escape us, particularly because she was supposedly destined to the life that Nina has gained.  Two things are suggested here: the mother as self-sacrificing (she gave up her career to have Nina) for the advancement of future women. Or, the continuous replacement of younger women in the entertainment industry. Nina informs us that her mother was already 28, thus past her expiry date. The mother viewed in this sense is a tragic character because she lacks a career, (because of age and children) and is also losing her daughter to the strain of an industry, one that she is acutely aware of.

Yet another confusing mother moment occurs when Nina’s mother attempts to throw away the celebration cake. What are we to make of this over-blown reaction? It was noted that Nina is a ballerina and thus most likely on a strict diet so cake would be out-of-bounds, and Nina suggests this very idea to her mother.

Let’s break this down:

Female performers/ All About Eve syndrome 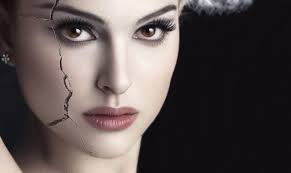 A possible fear that is shown through Nina’s character is the dissolution of self. Nina’s submersion into the two roles that she plays begs the question: is a personality lost when one becomes a performer, and if one can lose the self in a part then what is the self, is it something we continually construct? If this Is the case it is no wonder that Nina would fear others, but more importantly the particular danger of other performers. Alternately, we could also consider Nina (or indeed any performer) as an example of the role picked for us and the person we are.

The performer is presented to us as a fragmented person (Nina, Erica, Beth). The best example of this can be found in:

We also noted similar connections to this film and The Red Shoes (Powell and Pressburger, UK, 1948). The film shows a performer that lives her role to such an extent that it becomes her literal destruction.

The uncanny and the double 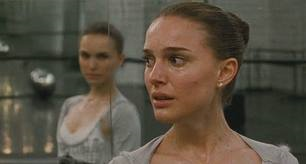 The use of the double was the reason for the initial interest in the film. In many melodramas we have seen the clear distinctions between good and bad (The Wicked Lady, Leslie Arliss, UK, 1945) and the nature of disguise/hiding true self (Gaslight, Thorold Dickinson, UK, 1940 and George Cukor, US, 1945). Black Swan is no exception, in fact, its use of double and its cause for female stress is explicit. Here are just some of the ways the film shows us that the duality of self is at its core:​

These are just a few examples, but the message is clear: duality is inherent, and it’s everywhere. Interestingly, the duality causes fear and paranoia at first and then destruction by its acceptance.

Purity is seen as a form of weakness. Thomas tells Nina at various intervals to stop being weak and that she seems too reserved, thus, has an inability to lose herself in a good performance. Perhaps most fascinating is Thomas’ mention of Beth. He tells Nina that it is the dark impulses of Beth that makes her perfect, albeit destructive. It seems that the film suggests that a woman finds perfection in accepting her inherent dichotomy. Often the stereotyped woman is the virgin or the whore, and this film challenges those preconceptions as well as challenging the idea of a defined sexuality. Nina experiments with men and has fantasises about women, thus showing the possibility of both a fluid

sexuality as well as a rejection of gender roles. However, the “perfection” that Nina feels she achieves by the end of her performance suggests that it is still not possible for a woman to reach the “ideal fluidity,” instead these women will be destroyed by the pressures put upon them.

Another comment in regards to women and sexuality was the intriguing fact that women fear each other.  This fear seems to derive from the opposing woman’s bodily power. The fear results in jealousy and paranoia, reminding the group  of hysteria as a woman’s problem. Note that Thomas finds the notion of another woman trying to steal Nina’s part as ridiculous and he is almost unaware of the pain and stress caused by the decline of Beth’s career.

Please comment further to continue the discussion on this interesting film.

Many thanks to Ann-Marie for choosing such a  thought-provoking film, providing an interesting introduction and the above excellent summary of our discussion.

All are welcome to attend the fifth of this term’s screening and discussion sessions which will take place on the 5th of March in Keynes Seminar Room 6, from 4pm to 7pm. 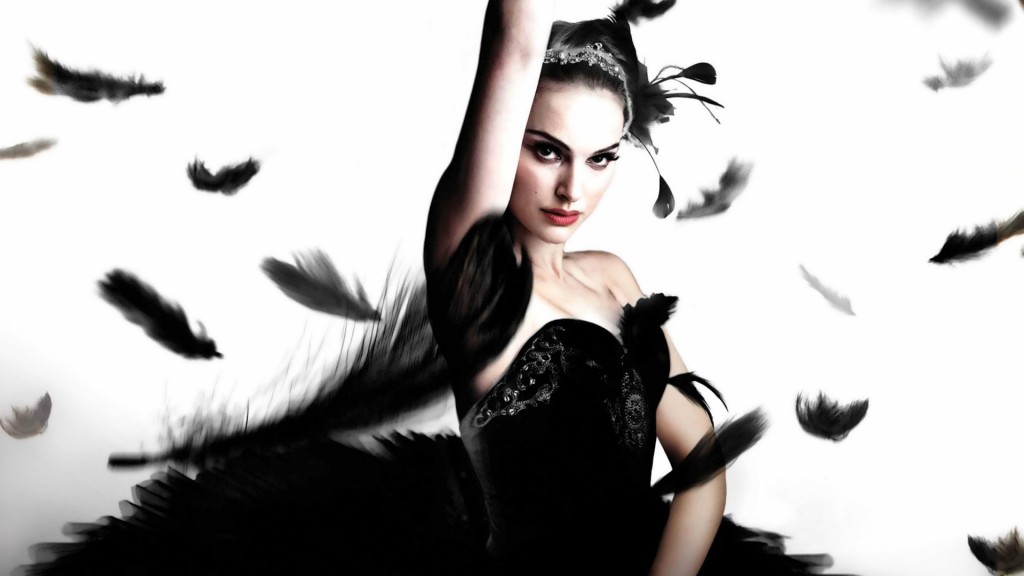 The film is said to be inspired by Fyodor Dostoyevsky’s 1846 novel The Double. In the book a man goes mad when he encounters his double, and, like Black Swan, the double in Dostoyevsky’s novel is the polar opposite of the original self.

The film revolves around Tchaikovsky’s brilliant ballet, Swan Lake. Natalie Portman plays both the White and the Black Swan. Her performance, (for which she won a Best Actress Oscar) focuses on the slow spiral into madness caused by an over-protective mother, the intense pressure of her work, confusion of her sexual orientation, and perhaps, the acknowledgment of the short-lived career of her predecessor (Winona Ryder). In fact, it is not hard to see the All About Eve (1950) links throughout the film, particularly if we consider the fear and paranoia of the younger/prettier/talented performers. Show business has a shelf-life, something the women in this film are more than acutely aware of.

The film was chosen for multiple reasons, but none more so than the idea of the doppelganger. The doppelganger is the paranormal double of a living person. The doppelganger is seen to be sinister and bad luck, often regarded as an omen of death. Perhaps most fascinating about the use of the double in this film is the idea of identity, both hidden and the eventual loss of it, and it is this that could be further expanded in our meeting.

The use of music, particularly in reference to Portman’s character, Nina.

Hidden identity and its connection to melodrama.

The extension of a fictional self and/or the dissolution of self.

The double in terms of polar opposites and its importance to narratives as a whole, but particularly melodrama.

Lastly, dance and movement as an expression of character. This brings to mind the sweeping cape of the Victorian melodramas. Plainly, what type of movement do we identify with a type of character? How does this alter our perception and add to the melodramatic mode? Are the villains prone to excessive movement, and how do we interpret that in our culture?

A link to Dostoyevsky’s novella: http://fiction.eserver.org/novels/the_double.html