7:00 pm at Reid Hall, in the University of Kent in the Grande Salle

A reflection on the implications of ‘rendering’ into English concepts and beliefs which derive from another culture and language, from the perspective of writing fiction and the issues that arise in this process. 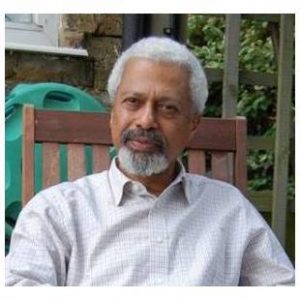 Abdulrazak Gurnah was born in Zanzibar and is now best-known as a novelist. His fourth novel Paradise was short-listed for the Booker Prize in 1994. His latest novel is The Last Gift (2011). His main academic interest is in postcolonial writing and in discourses associated with colonialism, especially as they relate to Africa, the Caribbean and India. He has edited two volumes of Essays on African Writing, has published articles on a number of contemporary postcolonial writers, including Naipaul, Rushdie and Zoe Wicomb. He is the editor of A Companion to Salman Rushdie (Cambridge University Press 2007).