Dr Tamar Jeffers McDonald, Reader in Film and Head of the School of Arts, and Dr Lies Lanckman, Lecturer in Film at the University of Hertfordshire, have edited a new collection entitled Star Attractions: Twentieth-Century Movie Magazines and Global Fandom (University of Iowa Press, 2019).

During Hollywood’s ‘classic era’, from the 1920s to 1950s, roughly twenty major fan magazines were offered each month at American newsstands and abroad. These publications famously fed fan obsessions with celebrities such as Norma Shearer, Mae West, Doris Day and Elvis Presley. Film studies scholars often regard these magazines with suspicion, perhaps due to their reputation for purveying scandal and gossip, their frequent mingling of gushing tone, and blatant falsehood.

Looking at these magazines with fresh eyes and treating them as primary sources, the contributors of this collection provide unique insights into contemporary assumptions about the relationship between fan and star, performer and viewer. In doing so, they reveal the magazines to be a huge and largely untapped resource on a wealth of subjects, including gender roles, appearance and behaviour, and national identity.

The volume includes a number of chapters contributed by alumni and students from the PhD in Film at Kent, including Ann-Marie Fleming, Oana-Maria Mazilu, Sarah Polley and co-editor Lies Lanckman, who completed her PhD in Film at the University of Kent in 2017.

The exhibition at the Green Door Gallery in Brussels is entitled “PRAETER terram”. The works on display interrogate us on where we locate ourselves in a changing environment where sustainability is our only hope. Yntema’s use of beeswax ensures environmental concerns remain inherent within the works she produces. 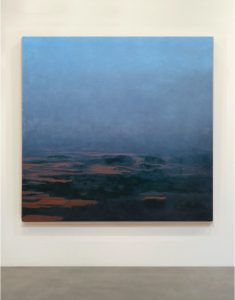 The exhibition runs from 28 November 2019 to 12 January 2020 at the Green Door Gallery in Brussels, Belgium. The gallery is open from 2-6 p.m. Friday – Sunday and also by appointment at other times.